US Coronavirus Updates: California to Give Cash to Impacted Immigrants; Trump Says US ‘Past the Peak'

After a month in crisis mode, governors across the U.S. face their next challenge in the coronavirus pandemic: When and how to lift restrictions designed to prevent the spread of COVID-19 and return to something approaching normal life.

This week, two separate groups of states, in the Northeast and along the West Coast, announced compacts to work together on lifting shelter-in-place restrictions and reopening some businesses. Governors say the ability to test for the virus and trace infected people's contacts is essential.

Meanwhile, the number of U.S. cases continues to climb. As of Wednesday night, over 637,00 confirmed infections have been reported nationwide and more than 28,000 people have died, according to a tally from Johns Hopkins University. 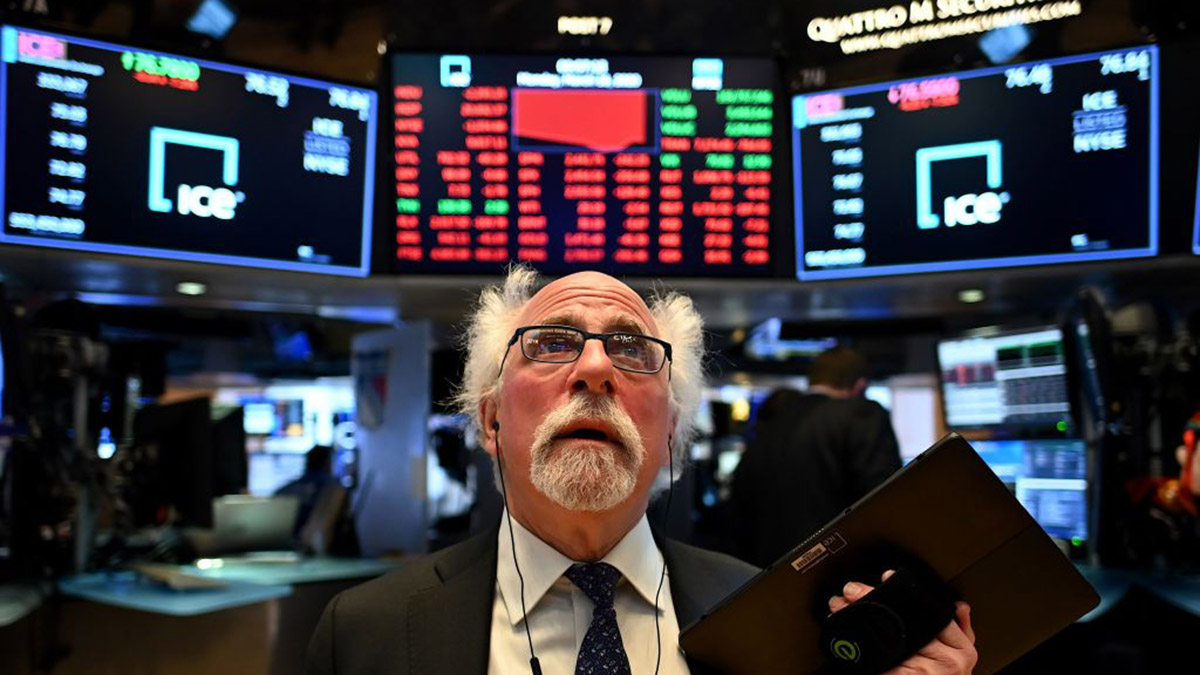 ‘In Ruins': Economic Data Even Worse Than Anticipated

California to Give Cash Payments to Immigrants Hurt by Virus

California will be the first state to give cash to immigrants living in the country illegally who are hurt by the coronavirus, offering $500 apiece to 150,000 adults who were left out of the $2.2 trillion stimulus package approved by Congress.

Many Americans began receiving $1,200 checks from the federal government this week, and others who are unemployed are getting an additional $600 a week from the government that has ordered them to stay home and disrupted what had been a roaring economy.

“We feel a deep sense of gratitude for people that are in fear of deportations that are still addressing essential needs of tens of millions of Californians,” said Newsom, who noted 10% of the state’s workforce are immigrants living in the country illegally who paid more than $2.5 billion in state and local taxes last year.

Retail sales in the United States had a record-breaking fall in the U.S. last month amid the coronavirus pandemic.

Trump Says US 'Past the Peak', Threatens to Adjourn Congress Over Nominations

President Donald Trump says data indicates the U.S. is “past the peak” of the COVID-19 epidemic, clearing the way for his plans to roll out guidelines to begin to “reopen” the country.

Speaking during his daily press briefing, Trump called the latest data “encouraging,” saying they have “put us in a very strong position to finalize guidelines for states on reopening the country.” Trump said those guidelines will be unveiled Thursday at the White House.

The guidelines are expected to clear the way for an easing of social distancing guidelines in areas with low transmission of the coronavirus, while keeping them in place in harder-hit places. The ultimate decisions will remain with governors.

Trump also threatened to adjourn both chambers of Congress, lashing out at lawmakers who he said are holding up nominees to federal judgeships and key administration roles amid the pandemic.

"The current practice of leaving town while conducting phony Pro Forma sessions is a dereliction of duty," Trump said.

Trump said that hundreds of nominations have been stalled in the Senate, which is not slated to meet until April 20 and has been holding pro form sessions, which are generally brief meetings in the chamber.

The House is not expected to meet until May 4. Both chambers have managed to hold sessions and pass legislation related to the pandemic.

President Donald Trump threatened to use his "Constitutional authority" to adjourn both chambers of Congress and appoint some of his nominees without the Senate's approval.

Hundreds of flag-waving, honking protesters drove past the Michigan Capitol on Wednesday to show their displeasure with Gov. Gretchen Whitmer’s orders to keep people at home and businesses locked during the coronavirus outbreak.

The protest, called “Operation Gridlock,” was organized by the Michigan Conservative Coalition.

Whitmer, a Democrat, extended a stay-home order through April 30 and has shut down schools and businesses deemed non-essential. The governor acknowledged the pain but said the restrictions were necessary to stop the spread of the coronavirus, which causes a respiratory illness that has killed more than 1,700 Michigan residents.

Demonstrators also got in their cars and honked their horns in Puerto Rico to denounce alleged corruption and demand more testing amid a lockdown imposed March 15 and extended until May 3.

The U.S. territory is bracing for an anticipated peak of cases in early May as federal authorities probe a $38 million contract for testing kits that experts say are urgently needed but never arrived.

Puerto Rico announced its first COVID-19 cases in mid-March, including one involving an elderly Italian tourist. Since then, officials have reported at least 51 deaths and more than 970 confirmed cases, with more than 1,400 test results pending. Some 9,200 people overall have been tested on an island of 3.2 million inhabitants, representing less than 1% of the population. Experts say the number is way below those of U.S. states with similar populations that the local government has used for comparison to say they have the coronavirus under control, but a series of missteps is raising concerns it could be more widespread than believed.

Health experts and economists say one of their biggest concerns is that Puerto Rico officials are using the limited data to estimate the peak of cases and implement a lockdown that has crippled a frail economy amid a 13-year recession as the island struggles to recover from Maria and a series of strong earthquakes.

To help prevent more loss of life, Cuomo is now ordering all New Yorkers to wear a mask or cloth covering their noses and mouths when they are in public and not able to maintain a 6-foot distance from others, NBC 4 New York reports.

He, along with all local leaders and the nation's top health experts, have said social distancing is the key factor in slowing the spread of infection and, ultimately, preventing more death. Cuomo said he would leave enforcement up to local jurisdictions.

"We are not out of the woods yet," the governor said Wednesday. "Coronavirus is still a monumental public health crisis and we are losing New Yorkers every day to this virus. Each New Yorker lost to COVID is a heartbreaking loss." 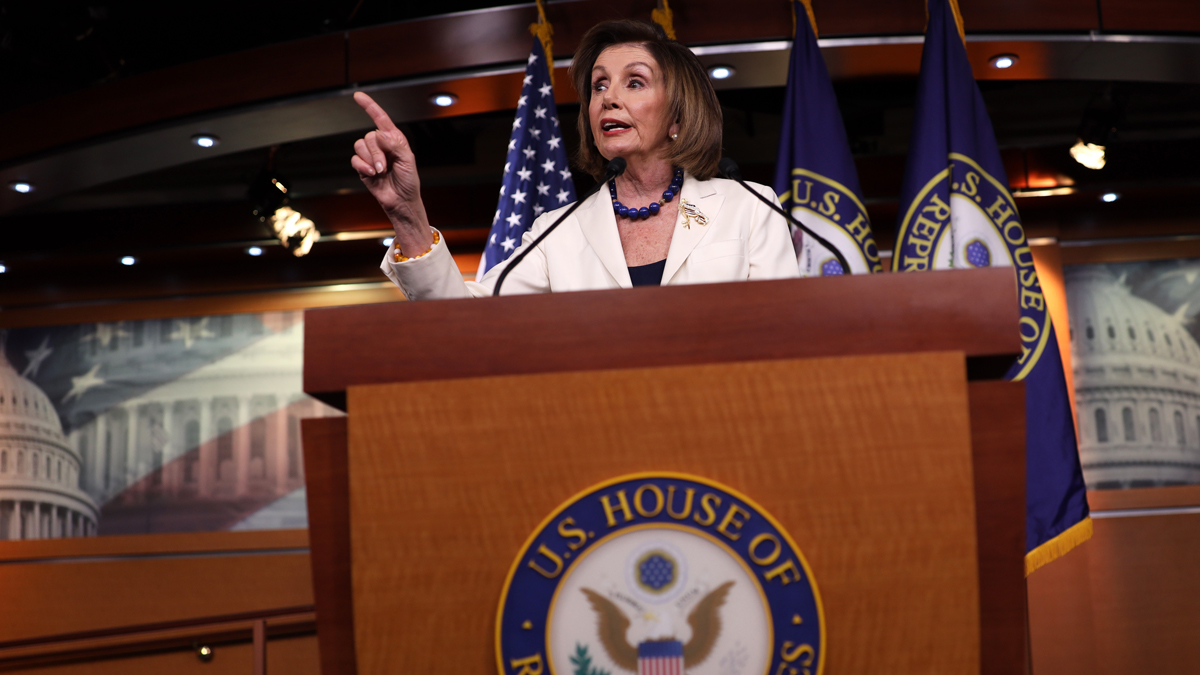 As Trump Speaks, Pelosi Warns Americans to ‘Ignore the Lies'

Much-needed small business aid is beginning to trickle out and more is expected in the weeks to come as banks start to disburse the rescue funds to Main Street, CNBC reports.

But the first-come, first-serve Payroll Protection Program of $349 billion in aid may be nearing a ceiling for loan commitments, with more than 1.3 million loans given approval at a value of more than $296 billion through Wednesday afternoon, according to the Small Business Administration.

The program could reach its funding limit by the end of Wendnesday, according to a source familiar with the matter.

The SBA and Treasury Department have yet to release any formal statistics on total loan disbursements from banks to small business owners, with one senior administration official telling CNBC the information is not yet available, despite multiple requests. The SBA did release data showing the average loan size is just under $240,000.

Read the full story on CNBC.com.

The Get My Payment portal, which allows taxpayers to check the status of their stimulus checks and to provide bank account information in order to receive their money more quickly, appeared to struggle to keep up with the surge of users on its first day of operation.

Some users who tried to log in were met with a message that said, "Due to high demand, you may have to wait longer than usual to access this site. We appreciate your patience." Others who said they were able to submit their information after a wait period, reported receiving a message that said, "Payment Status Not Available," according to accounts on social media.

Meanwhile, some people reported the portal was down completely due to "Technical Difficulties," and displayed a message apologizing for the inconvenience. Down Detector, a website that tracks website outages, reported problems with the site crashing for most in the country.

Economic Stimulus Checks: Everything You Need to Know

New York City is struggling to get an accurate count of the number of COVID-19 fatalities as more people die at home and some "probable" coronavirus deaths are attributed to other causes, Mayor Bill de Blasio acknowledged Wednesday.

“Absolutely, I believe there are more people who died because of COVID-19, in one way or another, because of something that happened to them related to COVID-19,” De Blasio said at a news briefing.

The city announced Tuesday it was revising its reporting structure to include probable COVID-19 deaths in its official virus fatality toll, NBC New York reports. Officials reported 3,778 “probable” deaths, where doctors were certain enough of the cause of death to list it on the death certificate. As for confirmed deaths, New York state added another 752 overnight, bringing its official toll above 11,500 as of Wednesday.

The blunt truth, de Blasio said, is that "coronavirus is driving these tragic deaths." And he said it was critical to include them in the toll -- both to honor the lives lost and to better grasp the scope of the epidemic to guide future decision-making.

Meanwhile, Gov. Andrew Cuomo issued an executive order Wednesday directing all New Yorkers to wear a mask or cloth covering their noses and mouths when they are in public and not able to maintain a 6-foot distance from others.

"We are not out of the woods yet," the governor said Wednesday. "Coronavirus is still a monumental public health crisis and we are losing New Yorkers every day to this virus. Each New Yorker lost to COVID is a heartbreaking loss."

Global Criticism Grows on Trump Move to End WHO Funding

President Donald Trump's move to halt funding to the World Health Organization has been met with severe criticism at home and abroad, with the United Nations' secretary-general saying "now is not the time" for such a drastic move while the coronavirus pandemic is gripping the globe.

"Now is a time for unity in the global battle to push the COVID-19 pandemic into reverse, not a time to cut the resources of the World Health Organization, which is spearheading and coordinating the global body's efforts," said U.N. Secretary-General António Guterres in a statement Tuesday.

Bill Gates Says World Needs 'WHO Now More Than Ever'

As the coronavirus pandemic continues across the U.S. and around the world, Gates tweeted that WHO is "slowing the spread of COVID-19" and "the world needs @WHO now more than ever."

Reopening the economy is preferable to preventing a new wave of coronavirus deaths, an Indiana congressman said Tuesday.

A Treasury Department official confirmed to NBC News that President Donald Trump’s name will appear on the paper checks the IRS will send to Americans for the coronavirus economic stimulus.

The official said the name won't be in the form of a signature but that the front of the check would read: “President Donald J. Trump." Names of presidents do not normally appear on IRS checks, such as tax refunds.

The majority of coronavirus stimulus payments are expected to go out via direct deposit. The payments are part of a $2.2 trillion economic package approved by Congress.

Treasury Secretary Steven Mnuchin announced on Monday that payments for the coronavirus stimulus package should be delivered to 80 million Americans by Wednesday.
The Associated Press/NBC