It’s in the Bay Area where you can find the most expensive average rent, with San Francisco edging out New York. The trend has hit most of the area, with rents continuing to climb.

In fact, some housing experts said it’s hotter than it’s ever been before, beating out dotcom-era prices.

And for some families, it’s led to possible eviction and a forced move out of the place they’ve called home for decades.

A man we’ll call "John" shared the story of his brother and sister-in-law, both of whom are deaf-mute and mentally disabled. John wanted to protect his identity to also protect his family members from possible retaliation from both the current and potential future landlords. 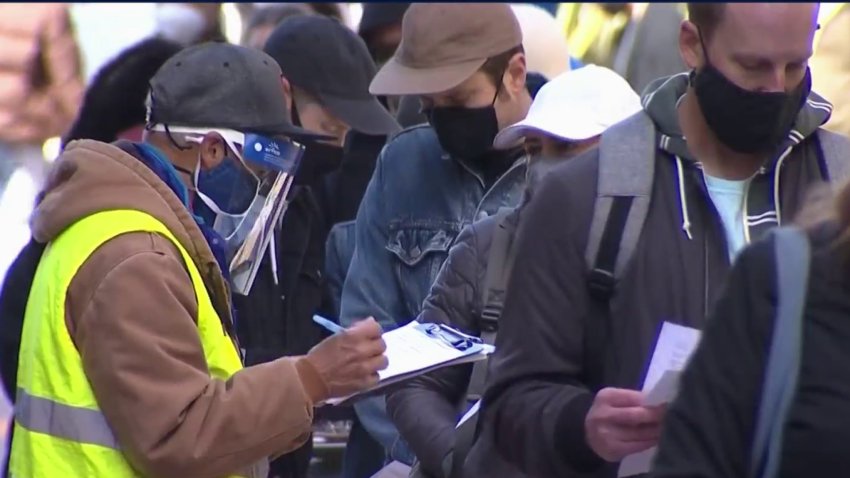 He’s referring to the new property owner of the two-bedroom, one-bathroom apartment in unincorporated Castro Valley where his brother and sister-in-law have lived for the past 15 years. The new price tag, he said, is an extreme change for the couple, and one that will force them to have to find housing elsewhere all of a sudden.

“It’s very hard,” John described from the Castro Valley apartment. “There should be a law to protect them, especially in a city where there’s no rent control because it can happen to anyone.”

John said he went to a dozen different agencies throughout the East Bay, only to get the runaround.

“From the City of Hayward to the Department of Housing, then ECHO, then City of Oakland, East Bay Community Law Center, Bay Area Legal Aides, (Alameda County) District Attorney’s office,” John said, listing off some of the places he’d gone to.

He said he’d gotten a humiliating response at some places.

“I was told the owner was just trying to make the investment back, so what are you going to do? And they just laughed,” John said.

Bob Swanson is the community liaison for Nate Miley, the Alameda County supervisor who represents the area of unincorporated Castro Valley where John’s family lives. He said many complaints about increasing rents began to surface in April for the first time in a decade.

“We’re starting to get calls again and if it continues on, it’s going to become a serious matter,” Swanson said.

In 2003, the board of supervisors passed a ordinance meant to help boost renters’ rights, requiring landlords to notify tenants of a voluntary mediation process on any rent increase notices – the emphasis is on voluntary.

“There’s not a lot of teeth and if the landlord says, ‘I don’t want to participate,’ he doesn’t have to,” Swanson said.

The Eden Council for Hope and Opportunity (ECHO) is an equal housing agency founded in 1964 in Alameda County that, according to its website, expanded to a full service housing counseling organization.

ECHO is also the agency the county contracted with to provide the mediation should both landlord and tenant agree to the process. Angie Watson-Hajjem, ECHO’s fair housing specialist, said the agency just started getting requests for rent mediation in the last year.

“You know, we’re getting calls from people, even folks that make good money, who are being priced out of the Bay Area,” Watson-Hajjem said. “The last time I saw this happen was probably in the late 90's, early 2000’s.”

It’s a hot housing market that seems to be squeezing out renters in the South Bay. Melissa Morris, an attorney with the Law Foundation of Silicon Valley, said it’s the worst she’s seen.

“The lack of affordable housing has always been an issue for our clients,” Morris said. “I would say in the last year or two it’s been markedly worse.”

She pointed to the area of Burbank, which is surrounded by the City of San Jose, but is officially a part of unincorporated Santa Clara County. There, she said, residents are worried more and more about being homeless.

“Putting aside the fact that finding another place they can afford will be difficult to impossible, the idea of having to move from this home is really devastating to them. It really is a crisis,” Morris said.

In California, there are 15 cities with rent control or stabilization laws, nine of them in the Bay Area, including San Jose, Campbell, Los Gatos, East Palo Alto, San Francisco, Berkeley, Oakland, Hayward and Fremont.

In San Jose, for instance, tenants can challenge rent increases through city mediation and/or arbitration – a mandatory process, unlike the one in Alameda County. However, California law is clear: landlords may increase rent any amount, as long as there’s proper notice. If the rent is less than 10-percent, there must be at least 30-day’s notice. If the rent increase is more than that, there must be 60 days of advanced notice to the renter.

Property owner advocates said it’s fair business practice for their investments, with a market that will dictate fair pricing. For John, it’s a different story: he dubs it a free-for-all, with far too much on the line.

“As long as you respect the law you can make it work, but if you let them do whatever they want, of course it’s going to turn in a bad way,” he said.

Especially for those who need help the most, like John’s brother and sister-in-law, both disabled and unable to take care of themselves.

“They were born handicapped and not being able to be helped by us – they rely on us – it’s being like condemned twice.”

NBC Bay Area reached out to the landlord’s attorney, as well as the East Bay Rental Housing Association (EBRHA), which represents rental property owners. Neither responded to NBC Bay Area.

Swanson said the EBRHA is the one that kept renters’ protections watered down before the Alameda County ordinance passed in 2003 and went into effect the next year.

“The RHA was very much opposed to it and so we couldn’t do any more than what we’ve done – it’s now coming back on us I think,” he said.

He added the supervisor plans to meet with the EBRHA board members and bring the issue to the board of supervisors.