Several members of Italy’s Carabinieri paramilitary police force called for the deaths or beatings of two Bay Area teenagers who were arrested in the hours after an officer’s slaying, Italian media reported Wednesday.

A Carabinieri officer has been charged with using unjustified measures in handling a suspect for allegedly blindfolding one of the teens illegally as he awaited questioning at a police station. Phone messaging chats involving several Carabinieri hours after the July 2019 arrests of the young tourists were introduced as evidence at the officer’s trial on Wednesday.

Gabriel Natale-Hjorth and Finnegan Lee Elder, respectively 18 and 19 at the time of the slaying in Rome, were convicted last year of murder and given Italy’s stiffest punishment – life imprisonment. An appeals trial for the two is scheduled to start in Rome on Thursday.

Carabinieri Vice Brigadier Mario Cerciello Rega, 35, was stabbed 11 times by Elder, and his police partner was slightly injured in a scuffle with both defendants on a street near their hotel where the Americans were staying while on summer holiday.

At their trial, the Americans testified they were acting in self-defense against a pair of men they believed were thugs. Cerciello Rega’s partner testified that the two officers had identified themselves clearly as Carabinieri but that they were immediately attacked without cause.

The officers were on a plainclothes mission to investigate an alleged extortion attempt by the Americans following a botched attempt to buy cocaine. 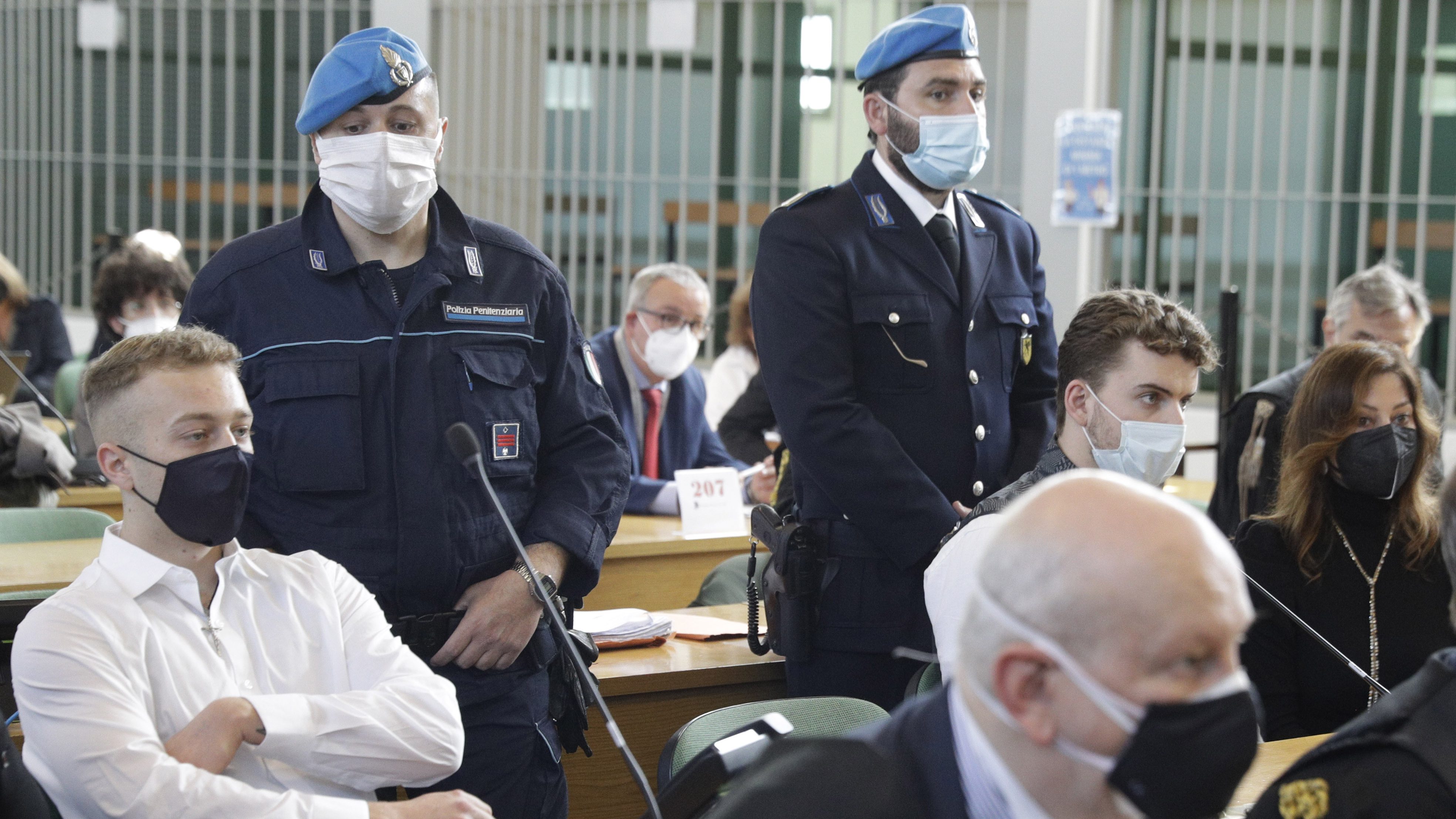 Shortly after the suspects were arrested at their hotel, Natale-Hjorth was blindfolded with a scarf as he sat in a chair for questioning at a police station. A photo of the blindfolding, which is illegal and a violation of police procedure in Italy, circulated in the Italian media.

Some messages demanded that the Americans receive the death penalty – which Italy doesn’t have – or that they be put into a closed room and killed. Another message suggested that the two be “dissolved in acid.”

Still another message wished that the young men would meet the same fate as an Italian man who was severely beaten in 2009 while in Carabinieri custody and later died. Two Carabinieri police officers were eventually convicted of involuntary homicide in that case and sentenced to 13 years in prison.