Rain in the Bay Area Wednesday morning is causing flooding, power outages and flight cancellations and the rain is expected to continue throughout the day, according to the National Weather Service.

From 8 a.m. Tuesday until 8 a.m. Wednesday, Oakland received a little over an inch and Berkeley received more than half an inch. At Richmond City Hall, 1.42 inches of rain has fallen, while San Francisco has received 1.18 inches.

"We've been dealing with these storms throughout the week and have our crews positioned to restore power as quickly and safely as possible," Nauman said.

Flooding was reported on various Bay Area highways and roads, including Interstate Highway 80 at Seventh Street in San Francisco and the park-and-ride lot near state Highway 1 and U.S. Highway 101 in Marin County, according to the California Highway Patrol. 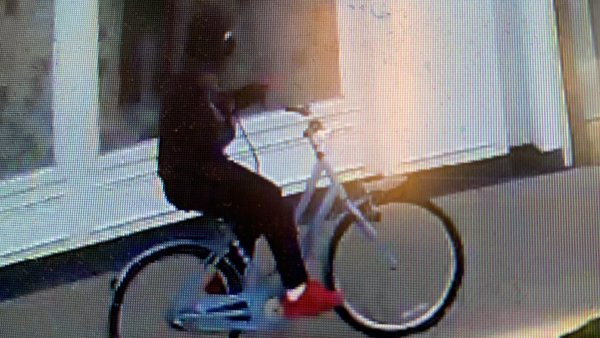 There were several reports of downed trees in San Francisco and elsewhere, including Mission Street between Fourth and Fifth streets and in Lafayette Park near Washington and Gough streets, early Wednesday morning.

At San Francisco International Airport, about 80 flights — an even mix of arrivals and departures — had been canceled as of 10 a.m., airport spokesman Doug Yakel said.

Officials advised travelers to call airlines and check the status of their flights before going to airports.

Meanwhile, Sonoma County residents also reported feeling the impact of the early days of the El Nino-fueled storm season. Green Valley Road, near the town of Graton, looked like a waterway, forcing drivers to either take their chances wading through it or find another route.

When Laura Greenberg was asked if she planned to drive through the standing water, she replied: "Oh no, I'm going around. … It's not worth it to get your car stuck."

In Guerneville, which has seen a lot of flooding over the years, residents have elevated waterfront homes with stilts.

"I try to stay positive and think if they keep coming in waves, it'll be ok," said an anxious Wendy Chavarria.

For her part, Chavarria is keeping a close eye on Fife creek that runs through her back yard. She has moved her sheep to the front of her property and is boarding her horses out of town for the winter.

Chavarria even has a canoe on hand, just in case. Asked whether she would jump in the vessel if the situation demanded it, she responded: "Oh yeah, oh yeah."

For their part, residents of Alviso worried Wednesday upon seeing water ponding on some properties.

They fear their homes, which are below sea level, will soon be underwater.

"I remember the water coming in our house and destroying all our stuff," Sonia Macias said of a flood in 1983.

Since then, officials have rebuilt Alviso’s levy. But the community flooded again in 2014.

Now the city of San Jose is working on a $9.4 million project to replace Alviso’s old pumping station with a new one that can pump thrice as much water as the current one can. The only issue is that it won’t be up and running till 2018.

"Our crews cleaned out all the pipes and all the storm drains and inlets, so there is little left that can cause clogging," said Ralph Mize with the Department of Transportation.

The city has also provided a wall of sandbags and set up portable pumping stations. But some residents question if it’s enough to keep their homes from flooding during the upcoming storms.

"The city should be doing more," Macias said.