The high court in a 6-3 ruling said Title VII of the U.S. Civil Act of 1964, which bans employment discrimination on the basis of sex, applies to job bias based on sexual orientation or transgender status.

The court ruled in three cases filed by two gay men from Georgia and New York and a transgender woman from Michigan. State laws in California and 20 other states already ban discrimination against LGBTQ workers. The high court decision extends the protections nationwide.

Newsom stated, "Nobody should ever have to fear losing their job simply because of who they are or whom they love. Today's Supreme Court decision rights this injustice and brings the country in line with what has long been California law." 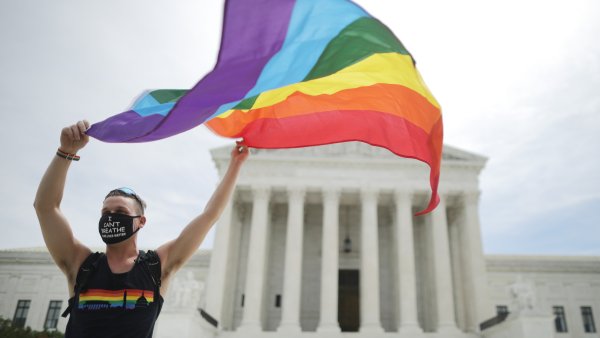 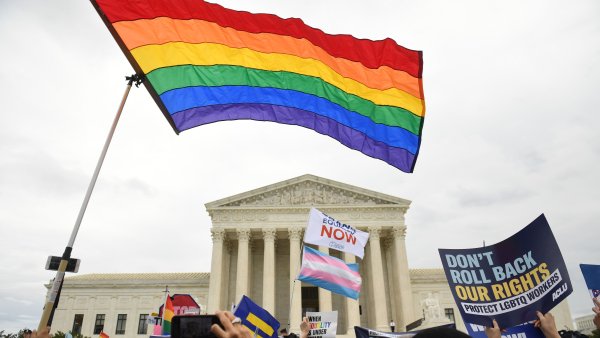 State Sen. Scott Wiener, D-San Francisco, called the ruling "a huge step forward in the fight for equality for the LGBTQ community."

"We must now build on this win by expanding protections to housing and to all aspects of life," Wiener said.

San Francisco City Attorney Dennis Herrera said, "This is a huge victory for equality, decency and fairness. In these tumultuous times, earning this kind of victory -- especially during Pride Month -- makes it that much sweeter."

The city of San Francisco, represented by Herrera's office, joined a coalition of cities in a friend-of-the-court brief asking the Supreme Court to rule in favor of the gay and transgender workers.

The U.S. Supreme Court ruled Monday that LGBTQ rights are protected from discrimination in employment.

Justice Neil Gorsuch wrote in the majority decision that even though Congress may not have intended that result in 1964, the "written word" in Title VII's ban on sex-based job bias compelled the interpretation that the ban applies to discrimination based on sexual orientation and transgender status.

Gorsuch wrote, "An employer who fires an individual for being homosexual or transgender fires that person for traits or actions it wouldn't have questioned in members of a different sex.

"Sex plays a necessary and undisguisable role in the decision, exactly what Title VII forbids," he said.

In dissenting opinions, Justices Samuel Alito, Clarence Thomas and Brett Kavanaugh said the decision amounted to new legislation that should have been left up to Congress.

The U.S. Department of Justice made a similar argument in a friend-of-the-court brief filed on behalf of the employers, contending that Congress had for many years accepted the "settled understanding" that Title VII didn't apply to LGBTQ workers and hadn't taken any action.

Shannon Minter, legal director of the San Francisco-based National Center for Lesbian Rights, said, "Today's decision will be remembered as a watershed in the history of LGBTQ rights, even as our country continues to grapple with the brutal legacy of racism."

The American Civil Liberties Union represented Aimee Stephens, a transgender woman who was fired from her job at a funeral director in Michigan in 2013 when she announced she was returning to work as a woman.

Stephens died of kidney failure in May. In a statement released by the ACLU, her widow, Donna Stephens, said, "I am grateful for this victory to honor the legacy of Aimee, and to ensure people are treated fairly regardless of their sexual orientation or gender identity."