The special election was the first recall in San Francisco since 1983, since a failed attempt to remove then-Mayor Dianne Feinstein

San Francisco residents have recalled three members of the city’s school board for what critics called misplaced priorities and putting progressive politics over the needs of children during the pandemic.

Voters overwhelmingly approved the recall Tuesday night, according to tallies by the San Francisco Department of Elections.

The special election was the first recall in San Francisco since 1983, since a failed attempt to remove then-Mayor Dianne Feinstein.

Parents in the politically liberal city launched the recall effort in January 2021 out of frustration over the slow reopening of district schools, while the board pursued the renaming of 44 school sites and the elimination of competitive admissions at the elite Lowell High School.

The school board has seven members, all Democrats, but only three were eligible to be recalled: school board President Gabriela López, Vice President Faauuga Moliga and Commissioner Alison Collins.

Another chapter opens in the saga of San Francisco’s scandal-plagued school board Tuesday as voters weigh in on whether to recall three members after a year of controversy that captured national attention. Sharon Katsuda reports.

For many parents, the special municipal election is a referendum on how the city’s school board managed the pandemic. 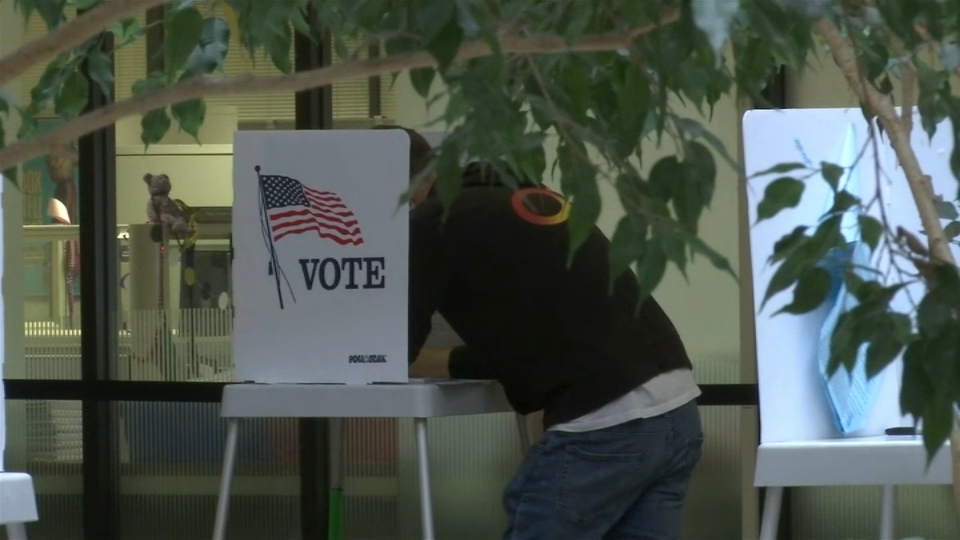 The recall effort stemmed from frustration felt by parents who say the board wasted its time on matters unrelated to the coronavirus instead of focusing on reopening public schools. But organizers and many residents say the effort also tapped into a wider feeling of discontent in San Francisco, where rising crime and attacks on Asian Americans during the pandemic added to a perception of a city in turmoil.

“It seems to have catalyzed a broader general public awareness in San Francisco. Many people are seeing what’s happening in the school board as a reflection of a broader failure,” said Siva Raj, a father of two who helped launch the recall effort. “Here we are living in one of the wealthiest cities in the world and we are not getting the basics right.”

The special election came at a time of national unrest in public education as once sleepy school board races turn into heated, partisan debates that have become a rallying issue for Republicans in the 2022 midterms. In November, voters weighed in on dozens of school board races across the country that were dominated by debates over masks, vaccines, race and history.

In famously liberal San Francisco, the situation has been less partisan but is still being closely watched by Republicans. Some conservative media have cast the race as a clash of “liberals vs. the far left.” While distance learning has been a national issue, the school board stumbled through self-inflicted controversies that were unique to San Francisco.

It drew national attention for an effort to rename 44 schools that was part of a racial reckoning critics said went too far. School board members said they focused on sites that honored public figures linked to racism, sexism and other injustices. On the list were names like George Washington, Abraham Lincoln and trailblazing California Sen. Dianne Feinstein.

The renaming effort was criticized for historical inaccuracies and shoddy research but also for its timing in January 2021, when all city schools were shut down and students were struggling with online learning. The plan was ultimately scrapped.

Most of the city’s 115 schools, which serve 50,0000 students, were closed for over a year, from March 2020 to August 2021, even as nearby districts eventually reopened classrooms and private schools across the city held in-person classes.

After the renaming debacle, the board faced multiple lawsuits, including one from the city of San Francisco, which took the dramatic step of suing the school district and the board to pressure both to reopen classrooms more quickly.

Collins came under fire for comments made on Twitter that appeared to be anti-Asian. The tweets, which dated to 2016 before her election to office, said Asian Americans used “white supremacist” thinking to get ahead and were racist toward Black students. Their emergence prompted the board to revoke her title of vice president. Collins apologized for the tweets and said they were taken out of context. She dismissed calls to resign.

Many Asian parents were already angered by the board’s efforts to end merit-based admissions at the elite Lowell High School, where Asian students are the majority.

As a result, many Asian American residents have been motivated to vote for the first time in a municipal election. The grassroots Chinese/API Voter Outreach Task Force, which formed in mid-December, said it registered 560 new Asian American voters.

Ann Hsu, a mother of two who helped found the task force, said many Chinese voters saw the effort to change the Lowell admissions system as a direct attack.

“It is so blatantly discriminatory against Asians," she said. In the city's Chinese community, Lowell is viewed as a path children can take to success.

If any of the three board members are recalled, Breed will appoint their interim replacements.

Critics say the recall effort is a waste of time and money, as the district faces a number of challenges including a $125 million budget deficit and the need to replace retiring Superintendent Vincent Matthews.