The San Jose City Council on Tuesday was taking up the issue of potentially moving homeless encampments away from schools.

Centers for Disease Control and Prevention guidelines have recommended against moving encampments during the pandemic because of the potential risks of spreading the virus, but San Jose Mayor Sam Liccardo said there needs to be exceptions when it comes to schools, particularly schools looking to reopen.

Alum Rock schools are set to begin reopening on April 12. Vince Iwasaki, principal at Mathson Middle School, gave NBC Bay Area a tour of what his students will walk through when schools reopen.

"There were two shelters up there, and now there’s five or six and there's additional shelters down further along the creek," Iwasaki said. 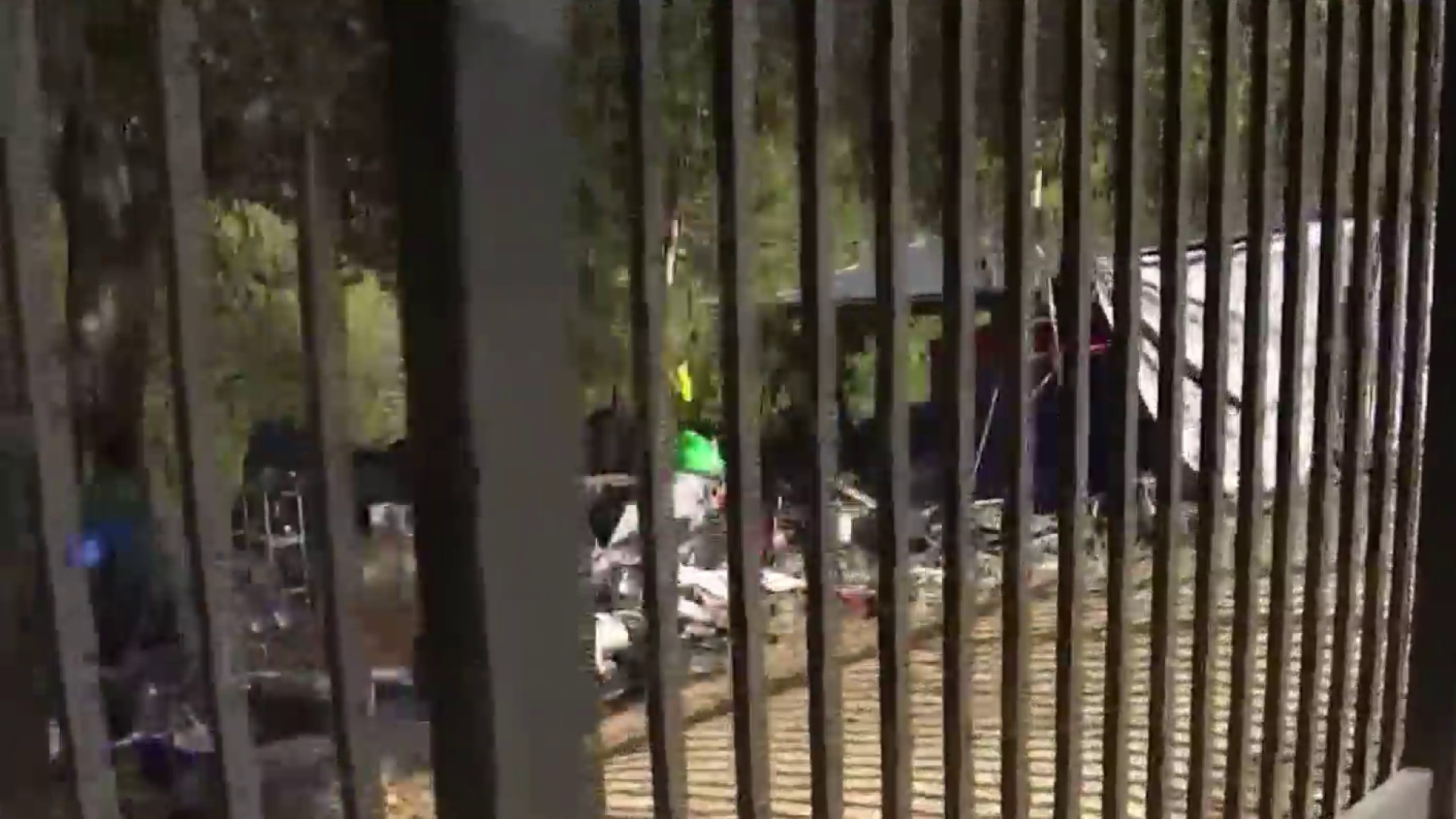 Sheppard Middle School Principal Jacqueline Montejano said she shares the same concern with the encampment that popped up in the last few months across the street from her school.

"We don’t always know the mental health of the people who are occupying those encampments and our kids certainly don’t need to encounter and learn that the hard way," Montejano said.

After lobbying from at least two school districts, Liccardo is asking the city council to allow encampment cleanups near schools.

"If they’re near schools or in other areas where there’s a public safety concern, then we’re going to obviously ask them to move, and if they don't move, we’ll have to abate," he said.

Homeless advocates pointed out that the pandemic and the housing crisis created more homelessness and have accused the city and schools of using the unhoused as scapegoats.

"Residents who don’t want homeless people near schools, they were near schools before COVID and they’re there now," advocate Shaunn Cartwright said.

School leaders have said they have one main objective.

“My responsibility and priority is to ensure the safe arrival of students every day," Montejano said.