He's used as a recruiting tool for new police officers in San Jose.

He's also credited with helping save PAL, the Police Activities League, when dwindling budgets threatened its existence four years ago.

Cusseaux, a 20-year SJPD veteran, spent seven years dedicated to the PAL, getting San Jose kids off the streets and into sports. The sergeant says he still loves his uniform, but he just can't wear it any more. He blames City Hall for his leaving the force.

“My biggest issue is how the people feel about us now,” Cusseaux said,  “how the people of this city feel about the police department now, and a lot of that came from the constant bashing of us as officers."

Cusseaux’s picture is even on the wall at the city's personnel office, a recruiting tool for a department eager to attract new, good cops. 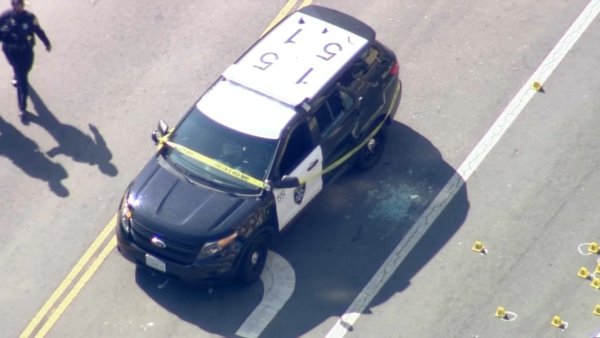 That personnel office is where Cusseaux turned in his resignation on Wednesday.

"It's a top-notch organization,” Cusseaux said of the department. “It's the best place I've ever been.”

Cusseaux says the city made it seem like officers were an example of what’s wrong in San Jose, so he is going to patrol the streets of Atherton, also as a sergeant.

Lewis says she once saw Cusseaux help a homeless family eager to get their kids into sports, but who didn't have the money to pay.

Cusseaux says he could stay in San Jose and still make ends meet, but that would mean working overtime every week and not seeing his family as much, so he’s turning in his badge.

“This decision to leave at this point is not a very difficult decision for me to make,” Cusseaux said, “considering the climate between the city and the police department.”

But the sergeant admits he hadn't considered how it would feel the day he turns in his badge.