Witnesses say the sideshow went on for more than an hour and a half, but despite calling SJPD, officers never showed up

Dozens of cars and hundreds of spectators crowded in for an illegal sideshow that went on for more than an hour. Several neighbors said they called police but no officers ever showed up.

San Jose police confirm they got the calls reporting the side show but say they were so tapped responding to other crimes they didn't have enough officers to respond safely.

A video taken late Saturday night near 6th and St. John Streets shows the chaos of a dangerous sideshow. 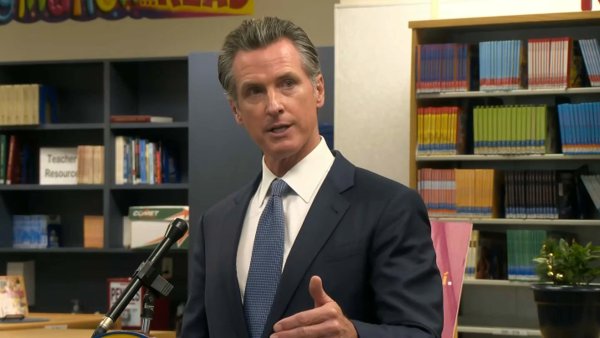 Several people are seen standing on the street, playing a game of chicken as cars race around them in circles.

Witnesses say this went on for more than an hour and a half, but despite calling SJPD, officers never showed up.

“What I can tell you is particularly that night was very busy .We got a lot of calls for service,” said Sgt. Christian Camarillo of SJPD. “.We had a couple robberies, the fire department asked for help, our patrols were depleted that night and unfortunately we could not respond to that.”

Another issue -  police say because of the possibility people involved with sideshows may be armed -  the department must respond with a large team of officers.

“This is not the type of event where you are sending two officers to clear out the intersection it must be a coordinated effort involving 12, 14  or 20 officers,” said Camarillo.

It's not just in that area. Neighbors reported similar illegal street shows in the nearby  Roosevelt Park neighborhood and say it's a growing problem - and it's happening all hours of the day.

“Unfortunately we are seeing a lot more of it in the neighborhood and even in the daytime cars are just coming through here nearly hitting pedestrians. It's extremely dangerous,” said Jeff Levine of the Roosevelt Park Neighborhood Association.

San Jose police said they are taking steps to crack down on side show activity including citing spectators, going after promoters and towing cars.

They also say the department's severe staffing shortage played a role in their decision not to respond this weekend.

“Something serious is going to happen,” said Levine.