The prize was awarded for the scientists’ "discovery that mature cells can be reprogrammed to become pluripotent."

Shinya Yamanaka has won the 2012 Nobel Prize for his discovery of how to transform ordinary adult skin cells into cells that, like embryonic stem cells, are capable of developing into any cell in the human body, the university reported on Monday.

Yamanaka is an MD and a PhD at the Gladstone Institutes, which is affiliated with the University of California, San Francisco. He spoke by video conference on Monday morning in San Francisco. 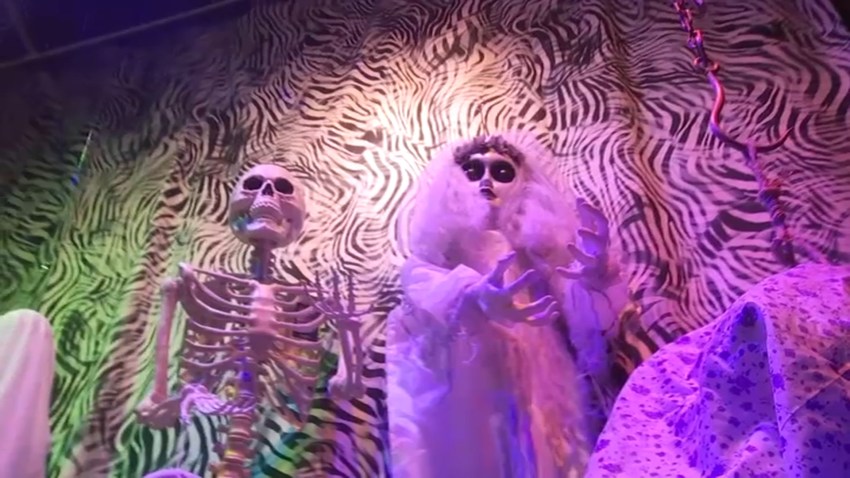 Halloween to be Celebrated Differently Amid Pandemic

Yamanaka shares the prize with John B. Gurdon of the Gurdon Institute in Cambridge, England.
The prize was awarded for the scientists’ "discovery that mature cells can be reprogrammed to become pluripotent."

Yamanaka, who works in both San Francisco and Kyoto, is also the director of the Center for iPS Cell Research and Application and a principal investigator at the Institute for Integrated Cell-Material Sciences, both at Kyoto University, UCSF reported.

The former orthopedic surgeon trained in biomedical research at Gladstone in the 1990s, before returning to San Francisco in 2007 as a Gladstone senior investigator and a UCSF anatomy professor.

“The best part about this prize is that it will bring attention to — and will likely spur — the important stem cell work that scientists around the world are conducting,” Yamanaka said in a statement. "This iPS technology is for patients — and the more scientists who build on it, the faster we can help those who live with chronic or life-threatening diseases.”

Initially, the simplicity of Yamanaka’s technology was met with skepticism, UCSF said in a statement.

But he made his data and the DNA of his work publicly available to enable any scientist to work with these new cells. Within months of the 2006 breakthrough, scientists around the world had reproduced and adopted this new approach to generating and studying stem cells.

“The impact of Dr. Yamanaka’s discovery is immense,” said Deepak Srivastava, MD, who leads stem cell and cardiovascular research at Gladstone. “It suggested that human adult cells retain a greater ability to be modified than previously thought — and could potentially be altered into whatever cell type might be desired.”

UCSF said in a statement that in addition to avoiding the controversial use of embryonic stem cells, iPS cell technology also represents an entirely new platform for fundamental studies of human disease — and the development of therapies to overcome them. Rather than using models made in yeast, flies or mice for disease research, iPS technology allows human stem cells to be created from patients with a specific disease. As a result, the cells contain a complete set of the genes that resulted in that disease — representing the potential of a far-superior human model for studying disease and testing new drugs and treatments. In the future, iPS cells could be used in a Petri dish to test both drug safety and efficacy for an individual patient.

Leading up to Monday’s Nobel prize announcement, Yamanaka has received a host of other honors recognizing the importance of his iPS discovery, including the Albert Lasker Basic Medical Research Award, the Wolf Prize in Medicine, the Shaw Prize and the Kyoto Prize for Advanced Technology. In 2011, Yamanaka was elected to the U.S. National Academy of Sciences, garnering one of the highest honors available for U.S. scientists and engineers. In June, Yamanaka won the Millennium Technology Award Grand Prize — the world's largest and most prominent technology award — along with Linus Torvalds, the creator of Linux software.

Yamanaka will be a speaker at the ISSCR-Roddenberry International Symposium on Cellular Reprogramming being held at Gladstone later this month.