The Sheriff's Office released the video on the same day that District Attorney Diana Becton announced charges against Hall for a separate fatal shooting in 2018 during a slow-speed pursuit.

The Contra Costa County district attorney on Wednesday announced charges against a sheriff's deputy working for Danville police. The charges are tied to a fatal shooting in 2018, but the same deputy is currently under investigation for a second deadly shooting last month. Thom Jensen reports.

In the Wilson case, Hall is seen in the video confronting him in the street at the intersection of Sycamore Valley Road and Camino Ramon after matching him with a description from reports of someone throwing rocks onto a highway.

Wilson revealed an object and Hall, identifying it as a knife, took out his gun and demanded that Wilson "drop the knife." Wilson took a step forward and Hall then shot him.

After firing one bullet, Hall continued to point his weapon at Wilson, who was bleeding on the ground as Hall called for backup. Off-camera, a bystander shouts to Wilson, "Why'd you shoot him, man? Why'd you shoot him?" 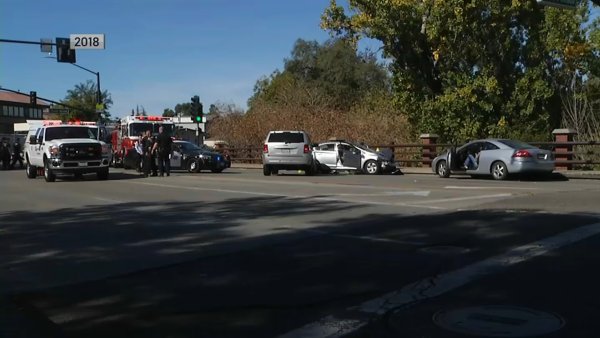 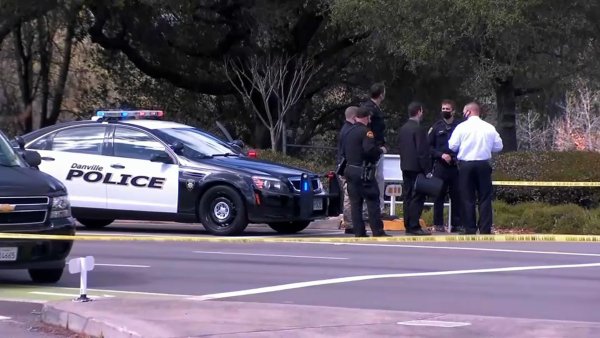 Wilson was taken to a hospital by an ambulance where he suffered brain damage and died days later. The Sheriff's Office insists Hall acted in self-defense.

"Any loss of life is tragic, but the community can now see the truth," Sheriff David Livingston wrote in a statement. "Tyrell did in fact threaten the lives of passing motorists by throwing objects, possibly rocks, from the overpass down onto Highway 680. He was found with numerous rocks in his jacket pocket. He did pull a knife on Officer Hall. He did threaten Officer Hall. And he did start advancing toward Hall in the middle of a major intersection. Officers are forced to make split second decisions to protect themselves and the public and that's what happened here."

Wilson's death is still under investigation by the county's District Attorney's Office and Sheriff's Office. Becton on Wednesday announced charges against Hall for the death of Newark resident Laudemer Arboleda, 33, in November 2018.