A Santa Rosa woman and avid decorator had her home leveled by the North Bay firestorm back in October, but the unimaginable loss and subsequent tribulation have not dampened her holiday spirit.

Stephanie Stauer, who works for Kaiser Permanente, has signed up to help spruce up her company's holiday float that will be on center stage during the annual Rose Parade in Southern California on New Year's Day.

Like scores of others, Stauer and her family were awakened to the sight of the sky "glowing orange" outside their Santa Rosa home on Oct. 9. 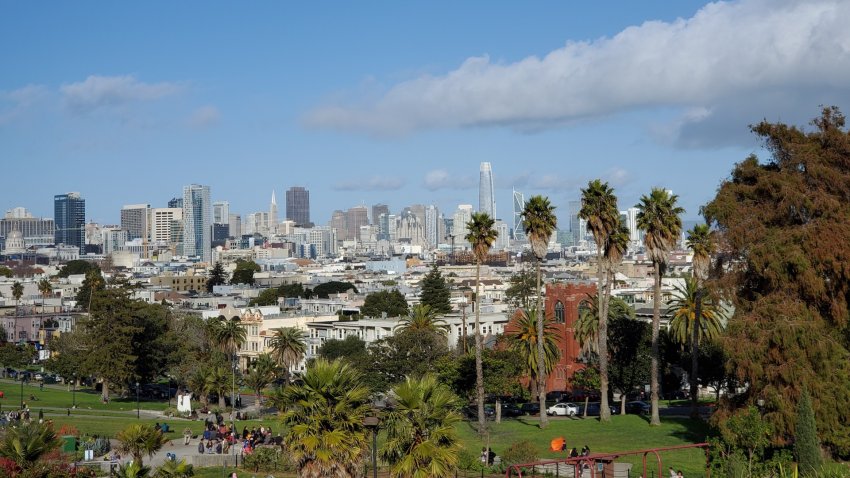 "There was a pounding at our door," Stauer recalls. "My husband thought someone was trying to break into the house so he went ready to tussle and it was somebody. It wasn't a first responder. It was not a neighbor. It was somebody else shouting, 'You need to evacuate. Fountaingrove is on fire.'"

Stauer, her family and four dogs were able to escape, but wind-whipped flames soon engulfed the house.

The holiday season this year for the Stauer family has been spent in temporary housing instead of their old home, which Stauer loved to decorate, sometimes with as many as five Christmas trees.

Instead of hanging tinsel and ornaments on a tree this year, Stauer has now been tasked with decorating the 55-foot float with sculpted fruits and flowers.

The idea of decorating the float has actually been on Stauer's mind since last year when a coworker first brought up the idea. Stauer at the time sent an email to those orchestrating the float's creation, but she didn't hear back until after the fires ignited.

Someone eventually circled back with Stauer and asked if she was still interested in putting her talents on display for this season's festivities.

"I said, 'pencil me in,' and let me go talk to the family," Stauer said. "And the family was like, 'Absolutely, mom, this is your wheel house. You have to do this.'"

The 129th Rose Parade kicks off at 8 a.m. on Monday. A Kaiser physician who helped evacuate patients from Kaiser Permanente Santa Rosa after the fires started will be one of eight people riding on the float during the parade.