Andrew Yang Keeps It Fun, But Messages Are Serious

Of all the many Democrats running for president, Andrew Yang is having the most fun.

Unburdened by expectations and unbothered by political convention, the tech entrepreneur has spent months cruising around the country, mixing his dark warnings about America's new tech economy with doses of humor and unscripted bluntness.

He has crowd-surfed, skateboarded and made memorable quips at nationally televised debates. At a new office opening in New Hampshire, he sprayed whipped cream from an aerosol can into the mouths of hyped-up supporters. Later this month in Las Vegas, he'll raise money for his campaign at a high-roller poker tournament featuring World Series of Poker champions.

The formula has made him one of this 2020 campaign's phenomenons. His outsider bid is fueled by policy, personality and technology. It's outlasted the White House campaigns this year of some governors and senators, and seems to be following the advice of a former state party chairman who said voters can tell whether candidates are enjoying themselves. 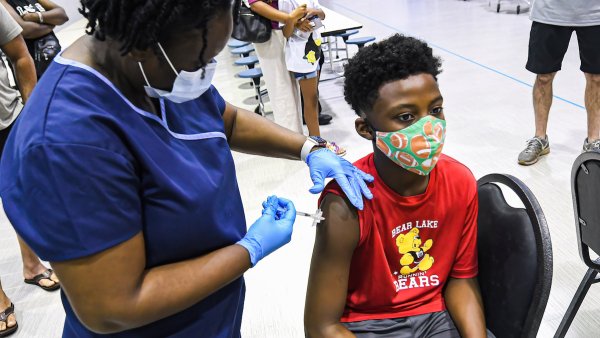 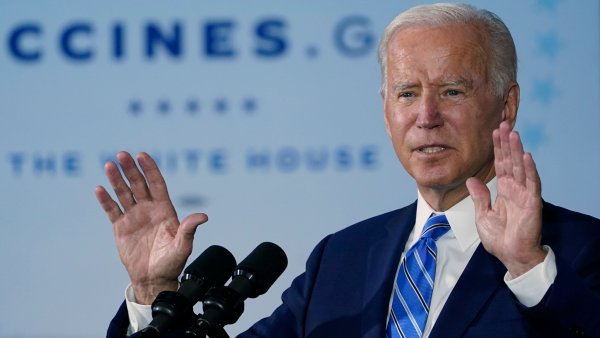 Half Its Original Size, Biden's Big Plan in Race to Finish

Yang's campaign may not have him on track to winning the nomination, but it may be delivering sober warnings to conventional Democrats about the kinds of voters they're leaving behind.

"You can tell if someone's like gritting their teeth or if they're genuinely happy to be there and want to talk to you," Yang said between events at two Chicago universities this past week, including a rally that drew about 1,500 people. The former state chairman's guidance, he said, has "made it easier for me to lean into just how I would naturally be as a person."

"I think if people dig into my campaign they see it's a very, very serious message," Yang said. "We are going through the greatest economic transformation in our country's history and we need to rewrite the rules of this economy to work for us. So people, I believe, are savvy enough to know that you can have a very, very serious message and actually enjoy yourself while you're delivering it."

Yang is on the bubble to qualify for this month's debate after appearing in the first five. He has hovered in the low single digits in polling along with several candidates who trail former Vice President Joe Biden, Sens. Elizabeth Warren of Massachusetts and Bernie Sanders of Vermont and Mayor Pete Buttigieg of South Bend, Indiana.

But what started out as overwhelmingly online fan base of predominantly male techie types has broadened its appeal. After initially self-funding, Yang raised $10 million in the third quarter. That's more than most rivals, and he said that ``we are going to beat that by a mile" in the final three months of this year.

His supporters, known as the Yang Gang, often say the other Democrats in the race to take on President Donald Trump aren't speaking to them or their fears. Many of these backers are young people who say they don't feel aligned with either party.

Several who attended the Chicago events said they supported Sanders in 2016 but grew disillusioned after he didn't win the nomination. Many supported third-party candidates or just stayed home that Election Day, when Hillary Clinton led the ticket. And if Yang isn't the party's nominee, they may do so again in 2020.

"A lot of people aren't trusting the mainstream political candidates and pundits on TV. Yang is kind of like a breath of fresh air," said Ethan Daniels, 23, who supported Sanders in 2016 but voted for Libertarian Gary Johnson in the general election. "I think that's the reason why Trump won the election because a lot of people are kind of getting tired of the staleness of these politicians who come through, and then nothing in their life changes."

Daniels finished college with degrees in sociology and criminal justice but is still looking for a job in his field. He said he first learned about Yang on a podcast hosted by comedian and former TV host Joe Rogan; that interview has more than 4.5 million views on YouTube. Daniels likes what Yang has to say about artificial intelligence, universal basic income and video game addiction, topics he says other Democrats "don't want to talk about."

Daniels was among the supporters at Thursday's rally wearing blue caps and other items with MATH — for ``Make America Think Harder'' — on them. It's Yang's twist on Trump's "Make America Great Again" slogan. Yang says it's aimed at getting people to blame job losses across the Rust Belt on the changing economy, rather than immigrants. He argues Americans just need to "think harder" about solutions.

Yang's parents are Taiwanese immigrants. He says he was a "nerdy Asian kid" who skipped a grade in school and was especially scrawny. He was called racial epithets and got in a lot of fights, "which I generally lost."

After college at Brown University and law school at Columbia Yang worked in the tech industry before starting a nonprofit that provided money to entrepreneurs. As he became focused on the toll of automation, he decided the best and necessary policy solution was a universal basic income. He decided that the fastest way to promote the ideas was "to run for president and win.''

The "Freedom Dividends" that are now the signature policy of his campaign would provide every adult $1,000 per month, no strings attached, through a new tax on the companies benefiting most from automation. Yang says the money would give people breathing room to pay off debt, care for a sick family member or buy things, and would improve Americans' mental health by alleviating financial stress.

His campaign has been trying it out, giving the $1,000 monthly checks to about a dozen people, That plan, announced during a debate this fall, led to questions about whether he was trying to pay for votes.

Joy McKinney, a Republican and evangelical, said she carefully researched universal basic income and Yang's other policies before joining the "Yang Gang." The 50-year-old financial planner didn't vote in 2016 because she didn't like either Trump or Clinton. But she's been moved to tears by videos of the people receiving those first $1,000 checks.

"Can you imagine a U.S. where everybody matters?" McKinney said. That's what's compelling to me."

Presidential campaigns have long been a stage for new personalities or novel ideas that may catch on for a time. The 2012 cycle had Herman Cain and his "9-9-9'' tax plan. The 1992 campaign had Ross Perot and his debt charts. Still, Yang's durability has caught many people by surprise. That may be a product of Yang's tech and marketing savvy, said presidential historian Mike Purdy.

"I think for most people he's still an aberration," he said.

But Yang said he sees the race in terms of odds. His odds of winning, he says, are better than the odds he had of getting this far.