The twin brother of a key witness in the impeachment inquiry against President Donald Trump has filed a federal complaint alleging retaliation by the White House and possible ethical violations and sexist behavior by top officials, including Robert O’Brien, now national security adviser.

In the August complaint, Lt. Col Yevgeny Vindman alleges he faced retaliation from Trump and White House officials after raising concerns about the president’s pressure on Ukrainian officials to investigate Democrat Joe Biden’s family — the heart of the Democrats’ impeachment inquiry.

Vindman also said he reported “multiple allegations” that O’Brien and another official misused government resources, excluded women from meetings and made sexist and demeaning remarks.

The complaint was first revealed by House Democrats, who on Wednesday pressed the Pentagon's inspector general, Sean O’Donnell, to investigate what they called a “concerted effort” by the Trump administration to retaliate against Vindman and his brother, Lt. Col. Alexander Vindman, who has announced he was retiring.

Both Vindmans worked for the National Security Council in the White House and were reassigned to the Army after the Senate voted to acquit Trump in his impeachment trial. Alexander Vindman was a star witness in the Democrats’ inquiry, appearing in his military uniform and testifying that he didn’t think it was “proper” for Trump to demand that a foreign government investigate Biden. Vindman said he had raised concerns internally over the matter.

Yevgeny Vindman is now assigned as an Army staff judge advocate — a lawyer.

In a letter to the Pentagon watchdog, the Democrats said “it is all the more urgent” that the Defense Department investigate and closely examine actions taken by White House officials against the Vindmans in light of the new complaint.

“If the White House refuses to cooperate fully — including by denying requests for documents or for interviews with White House officials — we will have no other choice but to infer that any such actions were retaliatory,” the Democrats wrote.

Dwrena Allen, spokeswoman for the inspector general, said the office received the Democrats’ letter and is reviewing the request.

Mark Zaid, a lawyer for Yevgeny Vindman, confirmed the existence of the complaint and said it states that “that senior White House officials, to include the president, retaliated against him for performing his duty as an attorney and soldier.” The White House did not immediately comment on the allegations. 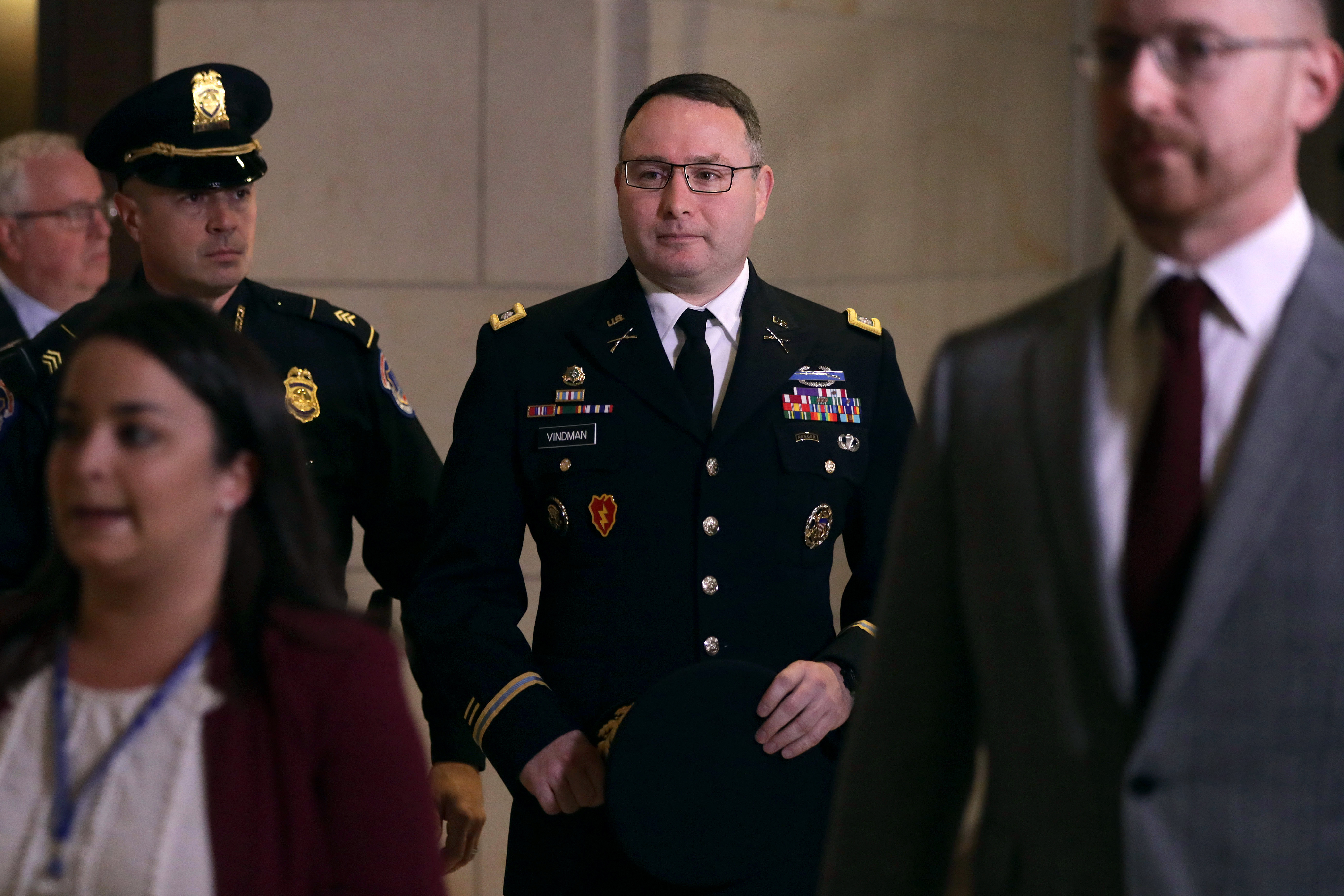 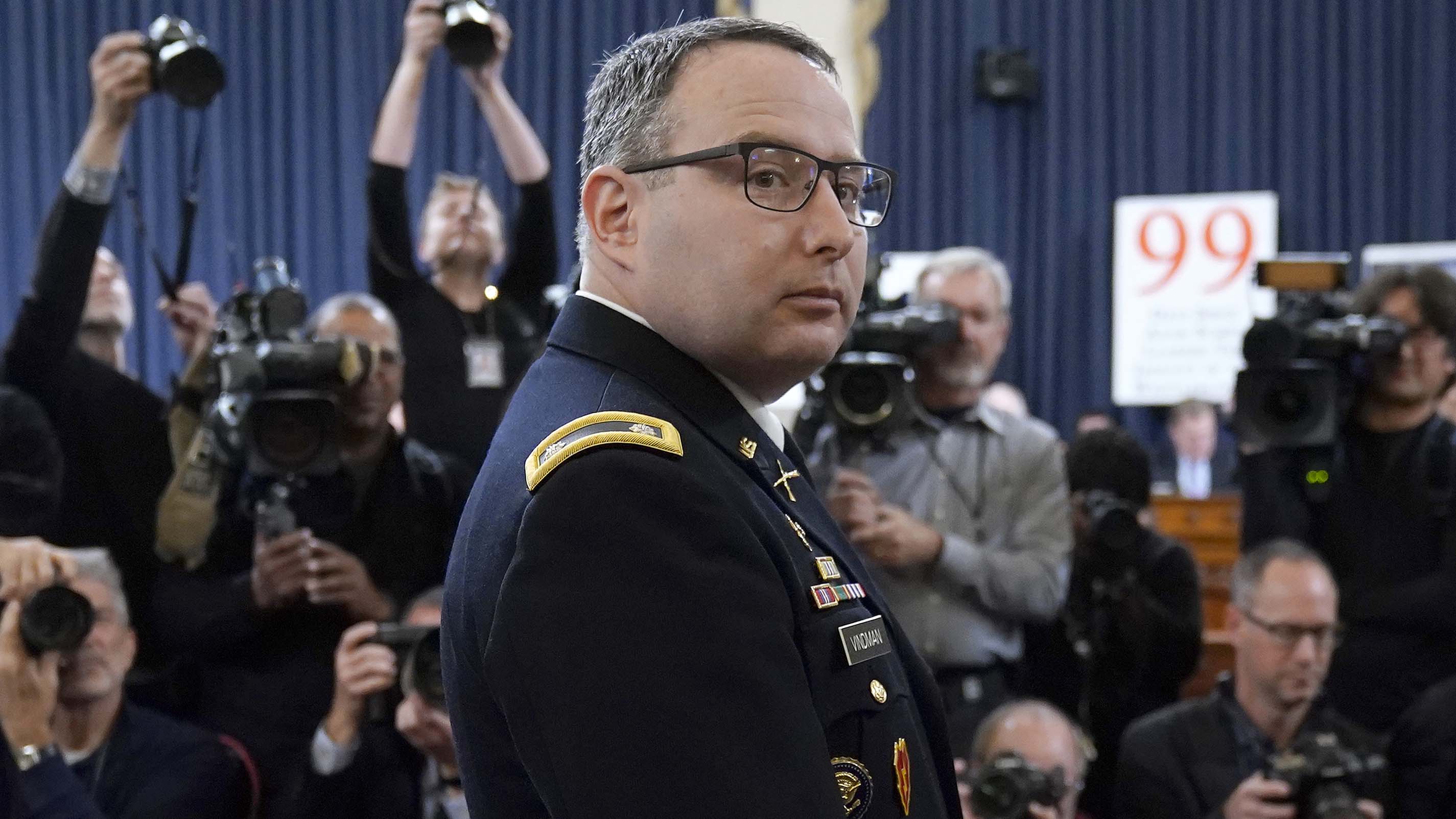 In a summary, Democrats say Yevgeny Vindman “details allegations of legal and ethical violations committed by White House officials that he both personally witnessed and became aware of in his capacity as an NSC Deputy Legal Advisor and a senior ethics official on the NSC staff.” The Democrats said he had outlined many of his concerns in a memo to Defense Department lawyers within a month of his reassignment.

The allegations are wide-ranging, including his apprehension about the pressure on Ukraine and the behavior of O’Brien, who was then the assistant to the president for national security affairs. Vindman said he had raised concerns about O’Brien’s use of official resources for personal activities, including government-funded travel with his wife, and that O’Brien and the National Security Council's chief of staff, Alex Gray, had “engaged in demeaning and demoralizing sexist behavior” against female NSC officials.

Vindman said he learned in his capacity as a senior ethics official that the two men would “inappropriately comment on women’s looks, ‘talk down’ to women and exclude women from meetings.” It is unclear what incidents Vindman claims to have personally witnessed.

The Democrats had previously requested that the inspector general investigate retaliation against Alexander Vindman, who announced in July that he was retiring from the Army after more than two decades of service. His lawyer said at the time that Trump had run a campaign of “bullying, intimidation and retaliation” against him.