While the city has so far been spared the atrocities committed elsewhere, daily life is far from normal

Ever since Russian forces took the southern Ukrainian city of Kherson in early March, residents sensed the occupiers had a special plan for their town. Now, amid a crescendo of warnings from Ukraine that Russia plans to stage a sham referendum to transform the territory into a pro-Moscow “people’s republic,” it appears locals guessed right.

After Russian forces withdrew from occupied areas around Kyiv in early April, they left behind scenes of horror and traumatized communities. But in Kherson — a large city with a major ship-building industry, located at the confluence of the Dnieper River and the Black Sea near Russian-annexed Crimea — the occupying forces have taken a different tack.

“The soldiers patrol and walk around silently. They don’t shoot people in the streets,” said Olga, a local teacher, in a telephone interview last month after the region was sealed off by Russian forces. She gave only her first name for fear of reprisals.

While the city has so far been spared the atrocities committed elsewhere, daily life is far from normal. All access has been cut off. Kherson suffers from a shortage of medicine, cash and many food products, and Ukrainian officials warn it could face a “humanitarian catastrophe.”

With no cash deliveries to Kherson’s banks, the circulation of Ukraine’s hryvnia currency is dwindling, and credit card payments often fail to go through. Access to Ukrainian TV has been blocked and replaced by Russian state channels. A strict curfew has been imposed.

Residents believe Russian troops have not yet besieged or terrorized the city — as they did in Bucha and Mariupol — because they are planning to hold a referendum to create a so-called “People’s Republic of Kherson” like the pro-Russian breakaway territories in eastern Ukraine. Ballots are already being printed for a vote to be held by early May, Ukrainian human rights ombudsman Lyudmila Denisova warned this month. 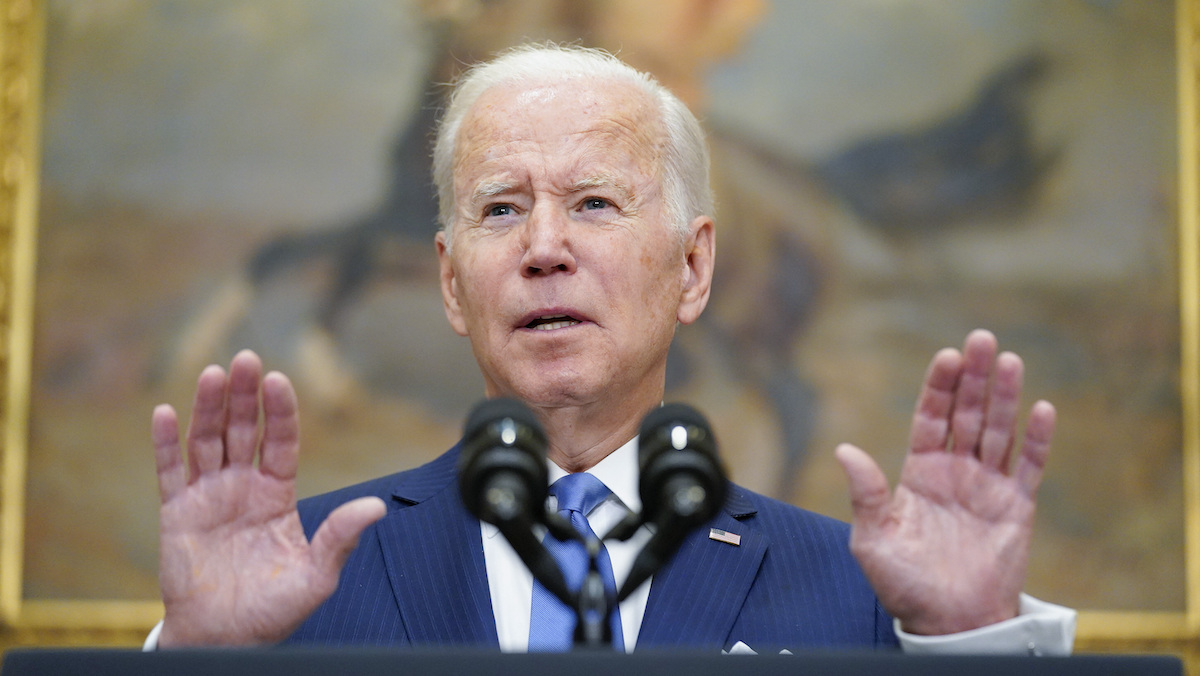 In an address to the nation on Friday, President Volodymyr Zelenskyy spoke directly to residents of occupied Kherson, accusing Russia of planning an orchestrated referendum and warning them to safeguard their personal data from attempts to falsify votes. “This is a reality. Be careful,” he said.

Kherson Mayor Igor Kolykhaiev said in a Zoom interview on Ukrainian TV that such a vote would be illegal since Kherson remains officially part of Ukraine.

Russia has been silent about any plan to hold a referendum in Kherson, with Deputy Foreign Minister Andrei Rudenko saying this week he knew of no such proposal.

But there is reason for concern. In 2014, a disputed referendum in Crimea amid the Russian annexation was widely believed to be falsified, with results showing nearly 97% of voters supported joining Russia.

A series of Russian moves this week have added to the growing sense of panic in Kherson. The mayor reported on social media on Monday that Russian troops had occupied City Hall, where the Ukrainian flag no longer flew. On Tuesday, the Russians replaced the mayor with their own appointee.

Kherson is a strategically important city and the gateway to broader control of the south. From Kherson, Russia could launch a more powerful offensive against other southern cities, including Odesa and Krivy Rih.

Volodymyr Fesenko, a political analyst at the Penta Center think tank in Kyiv, says the Russian military’s softer behavior in Kherson is because units from Crimea and separatists from Donetsk and Luhansk, who are either ethnic Ukrainians or have close connections to the region, are deployed there.

The situation outside the city, however, in the surrounding Kherson region, tells a very different story — with daily reports of kidnappings, torture, killings or rape. Thousands of people have been deprived of electricity, water and gas.

“The situation in the Kherson region is much worse and much more tragic,” said Oleh Baturin, a local journalist. “It is easier for them to take control of the villages; they are defenseless.”

A man named Zainish Hussain walked through the city of Kherson on Wednesday, showing quiet, empty streets, an ATM that appears to have run out of cash and long grocery lines.

Russian soldiers have also kidnapped local activists, journalists and war veterans, according to Kolykhaiev, the Kherson mayor, who said more than 200 people have been abducted.

Among them was Baturin, who was seized near his home in Kakhovka, 60 miles (90 kilometers) east of Kherson. He was held in isolation for a week and interrogated every day; the soldiers asked for the names of organizers of anti-occupation protests, as well as local soldiers and veterans. From other cells, he could hear sounds of torture.

After his release, he fled the occupied territory with his family.

“In Crimea and Donbas, Russia had the support of the local population, but this is not the case in the south of Ukraine, where Ukrainians want to live in Ukraine,” Fesenko said.

Mayor Kolykhaiev said that after the warnings about a Russian referendum and mobilization there has been a panicked rush to leave. “The queues of people who want to leave our city have grown to five kilometers,” he said, adding that around a third of the city’s 284,000 people have fled.

Even before Russia invaded Ukraine, the U.S. had been sending military equipment to the country for its defense. So where do these weapons come from? And how do these shipments affect our own military readiness? William Hartung, senior research fellow at the Quincy Institute for Responsible Statecraft, joined NBCLX storyteller Clark Fouraker to explain.

Following Zelenskyy’s address to the nation, Olga sent a WhatsApp message to the AP: “The situation in Kherson is tense. My family and I want to leave ... but now the Russian soldiers don’t allow it at all. It’s becoming more and more dangerous here.”

Late Monday night, Kolykhaiev wrote on Facebook that armed Russian soldiers had entered the Kherson City Council building, took away the keys and replaced the guards with their own.

On Tuesday, he posted again, saying he had refused to cooperate with the new Russian-appointed administration.

“I am staying in Kherson with the people of Kherson,” he wrote. “I am with you.”

Ukrainian officials say at least five people were killed and eighteen were injured after a missile strike in the city of Odesa, Ukraine on Saturday
Copyright AP - Associated Press