Entering the second winter of the COVID-19 pandemic, many restaurant owners across Europe and the U.S. are still trying to navigate labor shortages, food costs, and restrictions

While restaurants in the U.S. and United Kingdom are open without restrictions and often bustling, they are entering their second winter of the coronavirus pandemic anxious about what's ahead: They're squeezed by labor shortages and skyrocketing food costs and the omicron variant is looming.

“I’m extremely worried. I’ve never felt like we were out of the woods,” said Caroline Glover, chef and owner of the restaurant Annette in the Denver suburb of Aurora.

The rapid spread of omicron already is pummeling the industry in Britain and elsewhere, with restaurants, hotels and pubs reporting cancellations at the busiest and most lucrative time of year. Businesses urged the U.K. government to offer relief after officials warned people to think carefully about socializing. Scotland and Wales have pledged millions of pounds for businesses, adding pressure for Prime Minister Boris Johnson’s government to do the same in England.

“It’s pretty devastating. For private hires, bigger tables of say eight to 16 people, those have pretty much disappeared. These are the bread and butter for restaurants at Christmastime,” said Jeff Galvin, co-owner of Galvin Restaurants, a group of five upmarket venues in London.

Many businesses said hundreds of festive corporate lunch bookings vanished almost overnight as infections began to soar and Johnson announced tighter restrictions, including mandatory mask-wearing in most indoor spaces, though restaurants are open as usual.

Glover in Colorado worries about renewed restrictions if infections climb. For now, business has returned, with her dining room back to full capacity — up from a cap of 50% last year — and four greenhouses outside booked far in advance.

Similarly, diners have returned and business is strong for Amy Brandwein, who owns the Italian restaurant Centrolina and a small cafe, Piccolina, in Washington. After her restaurants survived lockdowns with takeout and grocery offerings, “I could safely say we’re back to 2019 levels,” she said.

Priscilla Curiel has made a name for herself as the chef who put bone marrow birria tacos on the map in San Diego County. Although she closed down one restaurant due to the pandemic, she's ready for a new start in Old Town -- with not one restaurant, but two.

But staffing remains a challenge. In a recent survey of 3,000 U.S. restaurant operators, 77% said they didn’t have enough workers to meet demand, according to the National Restaurant Association, an industry trade group.

Many restaurant workers started new careers or went back to school. Jada Sartor of Grand Rapids, Michigan, saw her wages rise from $10 per hour to $16 per hour this year as restaurants grew more desperate for workers, but she recently quit her serving job because she couldn’t find affordable child care.

“The cost of living is just so high you can’t afford to really live,” she said.

Kristin Jonna, owner of restaurant and wine bar Vinology in Ann Arbor, Michigan, said she raised wages nearly 40% to attract and retain her staff of 35. It was a change that needed to happen in the service industry, she said. But she can’t hike menu prices enough to compensate.

“Everyone knows that beef is more expensive, but high-end, highly skilled labor is expensive, too,” Jonna said. “That is the very tricky part of our business right now.”

Jonna said the restaurant is humming despite high COVID-19 caseloads in Michigan. She has fewer large events scheduled, but the customers who are coming in are spending more.

U.S. sales at restaurants and bars hit an estimated $73.7 billion in November, up 37% from the same month last year, according to preliminary data from the U.S. Census Bureau. But that was partly due to higher menu prices as restaurants try to account for inflation.

Sara Lund, owner of Bodega and The Rest, a bar and restaurant in Salt Lake City, Utah, said her ingredient costs rose between 15% and 40% this year.

“The margins on food are never going to be astronomical, even in good times,” she said. “But paying 40% more for protein? I can’t pass that along to the customer.”

Diners know restaurants are struggling, and many say they have resumed eating out to help their favorite local spots. Liz Cooper of Needham, Massachusetts, said she’s comfortable dining indoors with her family of five, all of whom are vaccinated except for her 4-year-old daughter.

“If you like a restaurant and a small business you should get out there and support them,” Cooper said. “They might have to close, and then you’ll be heartbroken that you can’t get your favorite chicken parm or cannoli.”

Steve Geffen, who owns four Chicago-area restaurants, including Once Upon a Grill, said he removed 30% of the tables from his restaurants to ensure customers felt comfortable dining inside. So far, it’s working.

San Diego Chef Priscilla Curiel has everything she needs to open her new restaurants, Tuétano Taqueria and Mar Rustico: she has the perfect locations, she has her carefully crafted recipes, she has the vision. The only thing she’s missing is a steady supply of ingredients, as the pandemic supply chain problems hit her Michelin-recommended birria tacos.

“They don’t mind waiting longer, knowing they’re not sitting on top of everybody else,” he said.

But Jeanne Busch in Forest Park, Illinois, is sticking with occasional takeout.

“I am definitely not comfortable maskless indoors in a crowd,” Busch said. “As we head into winter and omicron continues its rampage, we expect mostly to be eating at home.”

In Britain, omicron has already devastated restaurants and pubs. Patrick Dardis, who heads the Young’s chain of some 220 pubs, said he hoped officials would come up with a financial relief plan soon. About 30% of the chain’s bookings canceled last week.

“There are thousands of businesses — not just pubs — that could collapse in January if the current situation isn’t partnered with proper financial support," he said.

Restaurants also are clamoring for government support in the U.S., where the Restaurant Revitalization Fund ran dry earlier this year after dispersing $28.6 billion to 100,000 applicants.

It’s harder for restaurants to explain what’s happening now that their dining rooms are full and they’re not on lockdown, Kennedy said.

“They think that we’re fully packed and crushing it, but the answer is, we are barely getting by,” he said.

Lindsay Mescher, who opened the Greenhouse Cafe in Lebanon, Ohio, in 2019, is frustrated that she never received a promised government grant. She was approved in May, but demand was so high the fund was exhausted before she received any money. 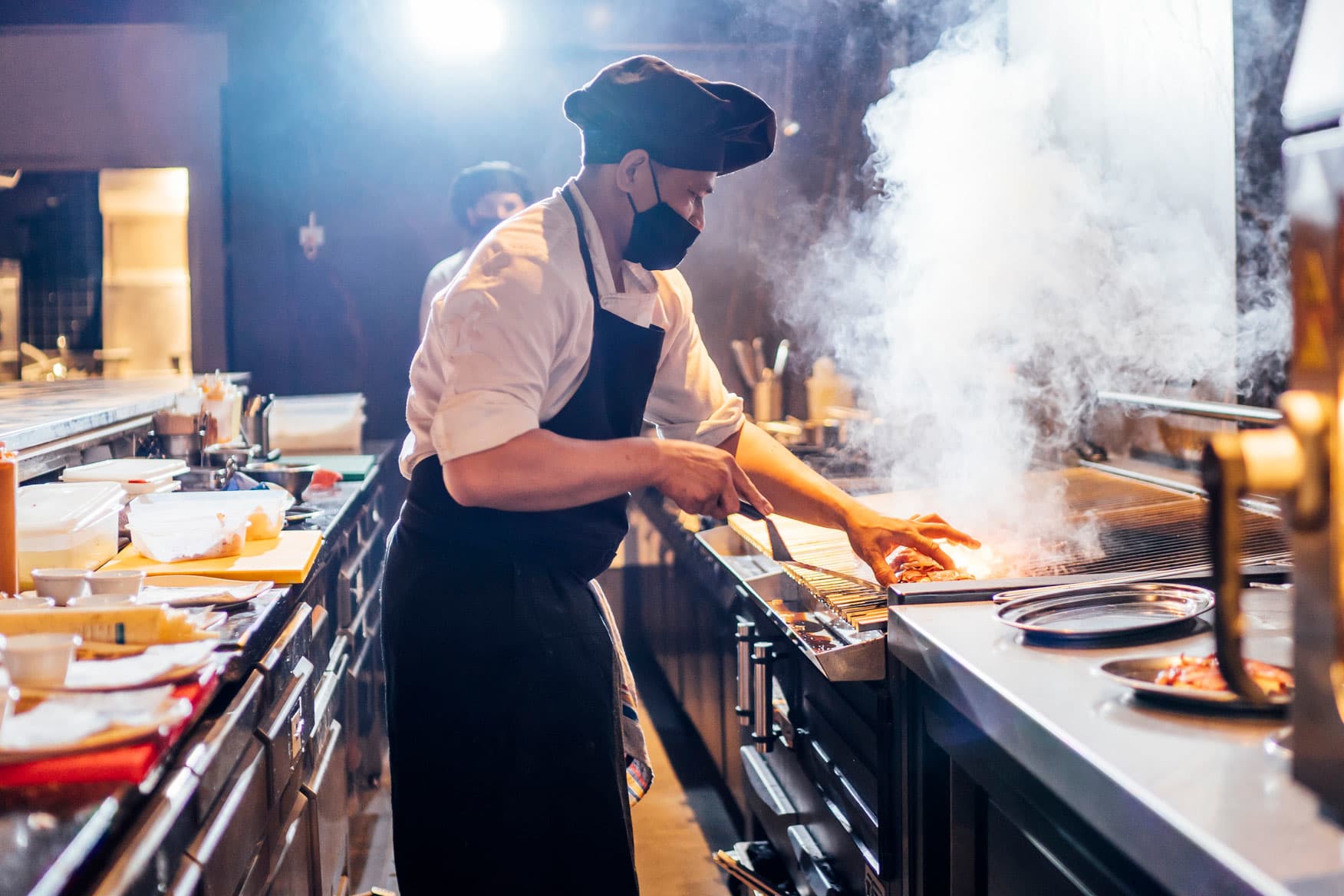 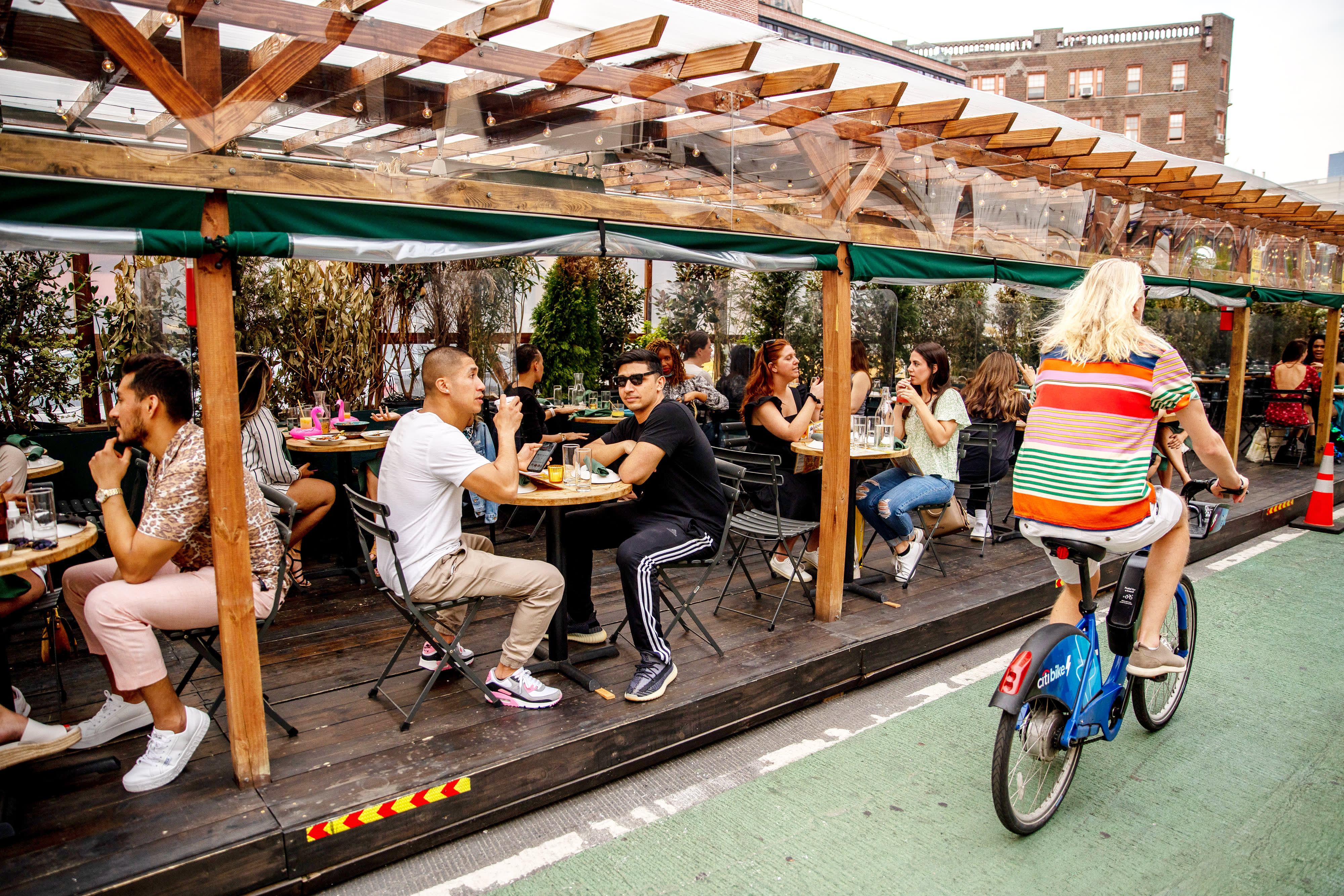 She took out loans to keep her staff of eight employed while offering only carryout for the first 16 months of the pandemic. The cafe reopened to diners this year and had a busy summer and fall, but Mescher is still struggling. She used to pay $165.77 for a case of 400 takeout salad bowls, for example; now they cost $246.75.

“The funds would have guaranteed survival for us,” Mescher said. “It’s extremely unfair that some restaurants got relief and some didn’t.”

Anderson reported from New York and Hui from London.