The latest news on the 2020 presidential election
coronavirus

Three COVID-19 vaccines are undergoing final-stage, or Phase 3, clinical trials in the U.S.

The prospect of a vaccine to shield Americans from coronavirus infection emerged Monday as a point of contention in the White House race as President Donald Trump accused Democrats of “disparaging” for political gain a vaccine he repeatedly has said could be available before the election.

“It's so dangerous for our country, what they say, but the vaccine will be very safe and very effective,” the president pledged at a White House news conference.

Trump leveled the accusation a day after Sen. Kamala Harris, the Democrats' vice presidential candidate, said she “would not trust his word” on getting the vaccine. “I would trust the word of public health experts and scientists, but not Donald Trump,” Harris said.

Democratic presidential candidate Joe Biden amplified Harris' comments Monday after he was asked if he would get a vaccine for COVID-19, the disease caused by the novel coronavirus. Biden said he would take a vaccine but wants to see what the scientists have to say, too.

During a campaign speech on Thursday, Joe Biden called on governors to instate mask mandates for the next three months and urged Americans to wear a mask to slow the spread of the coronavirus. “Be a patriot. Protect your fellow citizens,” he said. He added that Americans should “step up” and “do the right thing.”

Biden said Trump has said “so many things that aren't true, I'm worried if we do have a really good vaccine, people are going to be reluctant to take it. So he's undermining public confidence."

Still, the former vice president said: “If I could get a vaccine tomorrow I’d do it, if it would cost me the election I’d do it. We need a vaccine and we need it now.”

The back-and-forth over a coronavirus vaccine played out as three of the candidates fanned out across the country on Labor Day, the traditional start of the two-month sprint to the election. Harris and Vice President Mike Pence campaigned in Wisconsin and Biden went to Pennsylvania. Trump added the news conference to a schedule that originally was blank.

Harris, a California Democrat, said in a CNN interview broadcast Sunday that she would not trust a coronavirus vaccine if one were ready at the end of the year because “there's very little that we can trust that ... comes out of Donald Trump's mouth.” She argued that scientists would be “muzzled” because Trump is focused on getting reelected.

Trump dismissed her comments as “reckless anti-vaccine rhetoric" designed to detract from the effort to quickly ready a vaccine for a disease that has killed nearly 190,000 Americans and infected more than 6 million others, according to a count by Johns Hopkins University.

“She's talking about disparaging a vaccine so that people don't think the achievement was a great achievement,” Trump said, answering reporters' questions as he stood at a lectern placed at the front door of the White House on the Pennsylvania Avenue side of the mansion.

“They'll say anything,” he said.

Trump insisted he hasn't said a vaccine could be ready before November, although he has said so repeatedly and as recently as Friday.

The president then proceeded to say what he had just denied ever saying.

President Donald Trump urged Americans Friday to do their part to curb the spread of COVID-19 over the Labor Day weekend. “We need everybody to be careful,” he said. “Social distancing, wearing a mask whenever the distancing is not possible. Wash your hands.”

“What I said is by the end of the year, but I think it could even be sooner that that,” he said about a vaccine. “It could be during the month of October, actually could be before November.”

Under a program Trump calls “Operation Warp Speed,” the goal is to have 300 million doses of a coronavirus vaccine in stock by January. He has spent hundreds of billions of dollars on what amounts to a huge gamble since vaccine development usually takes years.

Concerns exist about political influence over development of a vaccine, and whether one produced under this process will be safe and effective.

Dr. Anthony Fauci, the government’s top infectious-disease expert and a member of the White House coronavirus task force, told CNN last week that it is unlikely but “not impossible” that a vaccine could win approval in October, instead of November or December.

Fauci added that he's “pretty sure” a vaccine would not be approved for Americans unless it was both safe and effective. 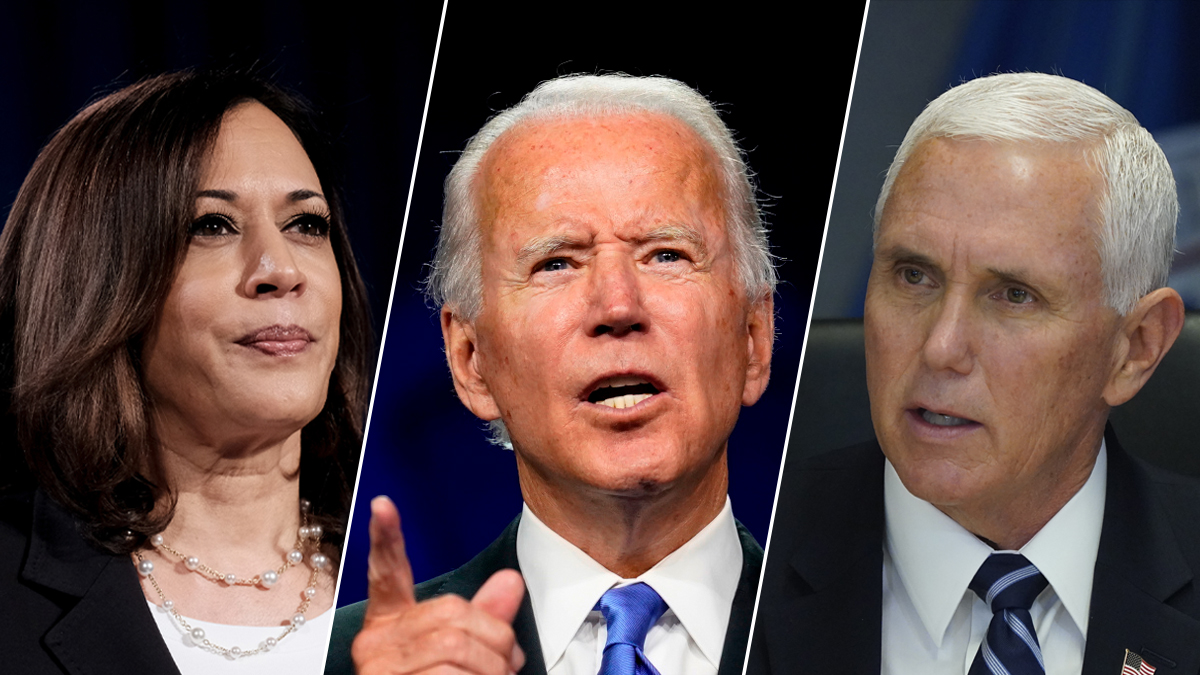 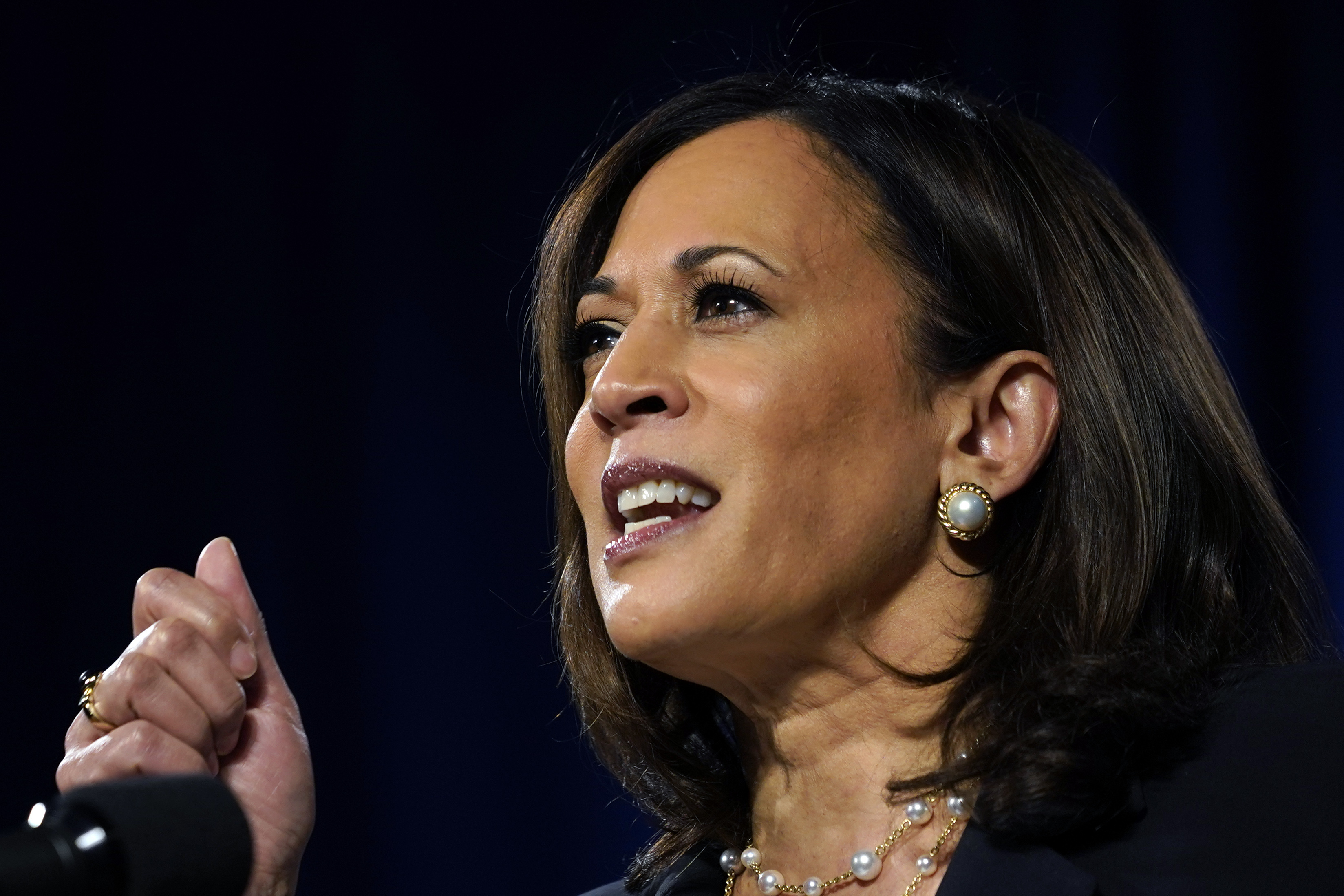 Stephen Hahn, commissioner of the Food and Drug Administration, has said the agency would not cut corners as it evaluates vaccines, but would aim to expedite its work. He told the Financial Times last week that it might be “appropriate" to approve a vaccine before clinical trials were complete if the benefits outweighed the risks.

White House press secretary Kayleigh McEnany, meanwhile, has given assurances that Trump “will not in any way sacrifice safety” when it comes to a vaccine. And executives of five top pharmaceutical companies pledged that no COVID-19 vaccines or treatments will be approved, even for emergency use, without proof they are safe and effective.

Some concerns were sparked by a letter dated Aug. 27 in which Dr. Robert Redfield, director of the Centers for Disease Control and Prevention, asked governors to help government contractor McKesson Corp. make sure vaccine distribution facilities are up and running by Nov. 1.

Redfield did not say a vaccine would be ready by then.

Speaking about the need to support schools as they reopen in the face of COVID-19, Joe Biden criticized President Donald Trump’s handling of the issue Wednesday. “Get off Twitter, and start talking to the Congressional leaders in both parties. Invite them into the Oval Office,” Biden said. “You always talk about your ability to negotiate. Negotiate a deal for somebody other than yourself.”

Three COVID-19 vaccines are undergoing final-stage, or Phase 3, clinical trials in the U.S. Each study is enrolling about 30,000 people who will get two shots, three weeks apart, and then will be monitored for coronavirus infections and side effects for anywhere from a week to two years.