A judge on Wednesday dismissed a lawsuit alleging fraud in Georgia's most populous county during the 2020 election. The suit sought a review of some 147,000 absentee ballots to see if any were illegitimate.

The lawsuit was originally filed in December and alleged evidence of fraudulent ballots and improper ballot counting in Fulton County. It was filed by nine Georgia voters and spearheaded by Garland Favorito, a longtime critic of Georgia’s election systems.

Henry County Superior Court Chief Judge Brian Amero's order dismissing the case says the voters who brought the lawsuit “failed to allege a particularized injury” and therefore lacked the standing to claim that their state constitutional rights to equal protection and due process had been violated.

Amero also noted that Georgia's secretary of state's office had provided a “substantive and detailed response” to his request for an update on any investigations into allegations of fraudulent or counterfeit ballots in Fulton County.

Favorito expressed frustration after the ruling, saying his team had “prepared diligently to show the evidence of our allegations” at a hearing the judge had previously scheduled for Nov. 15. He said an appeal is planned.

“All citizens of Georgia have a right to know whether or not counterfeit ballots were injected into the Fulton Co. election results, how many were injected, where they came from and how we can prevent it from happening again in future elections," Favorito wrote in an email. "It is not adequate for any organizations to secretly tell us there are no counterfeit ballots and refuse to let the public inspect them.”

“Today was a win for democracy," he said in an emailed statement. "This lawsuit was the result of the Big Lie, which is nothing more than a meritless conspiracy theory being spread by people who simply cannot accept that their side lost. Its defeat here today should echo throughout the nation."

Angered by his narrow loss in a traditionally red state, former President Donald Trump focused his fury on Georgia, and particularly on Fulton County. He and his allies harshly criticized top Republican elected officials in the state for not acting to overturn his loss.

The ballot review effort in Fulton County was one of a number of similar reviews and audits that Trump supporters and others pursued, alleging fraud during the 2020 general election. State and federal election officials have repeatedly said there was no evidence of widespread fraud.

The lawsuit filed by Favorito and others relied heavily on sworn affidavits from several people who participated in a hand recount of the ballots. They said they saw absentee ballots that looked as if they had been marked by machine rather than by hand and had not been creased as they would have been to fit in an envelope.

It also included previously debunked allegations that election workers at State Farm Arena in Atlanta pulled “suitcases” of ballots from under a table after observers and members of the media left for the night and scanned the ballots multiple times. 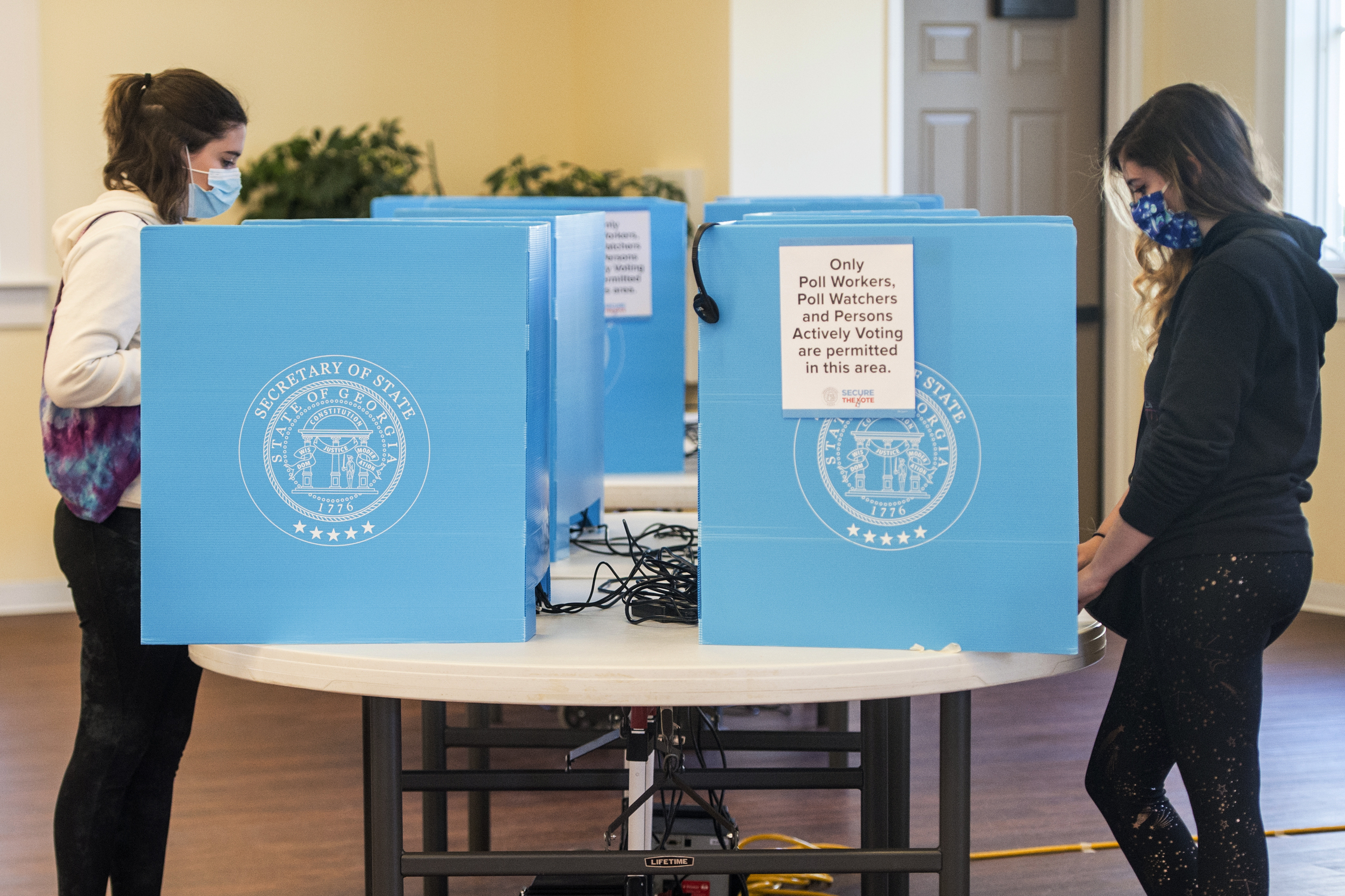 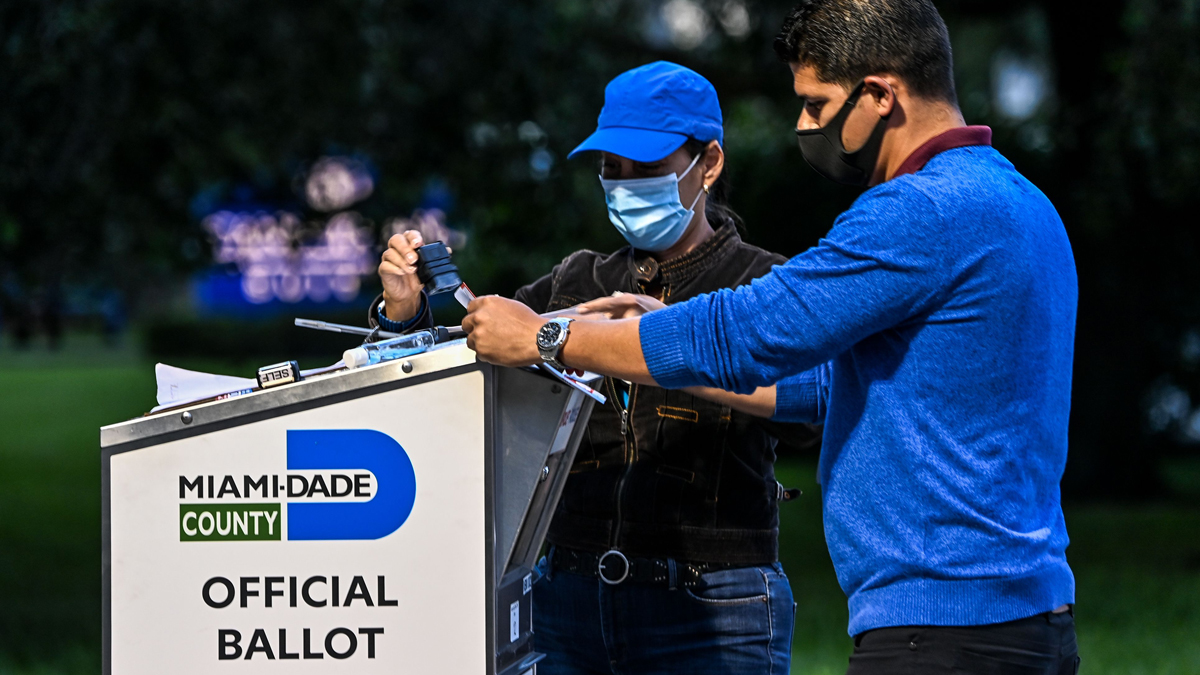 The lawsuit did not seek to change Georgia's election results, which were certified weeks after the election. Following an initial count of the ballots and before certification, the state did a full hand recount of the presidential race to satisfy a new audit requirement in state law. A second machine recount was done at the request of Trump's campaign.

The lawsuit claimed that a failure by Fulton County officials to follow state law and properly supervise election workers resulted in counterfeit ballots being added and counted, which diluted the votes of qualified Georgia voters. It argued that, without corrective action by the court, this would happen again in future elections.

But the judge found that “regardless of the veracity of these allegations,” the voters who filed the lawsuit failed to allege that they have been affected personally and individually, and therefore lack standing to sue.

Lawyers with the state attorney general’s office on Tuesdayfiled a response brief on behalf of the secretary of state that details investigative steps taken in response to the claims. Investigators interviewed witnesses and examined about 1,000 absentee ballots and ballot images. They did not uncover any ballots matching those described by the people who swore affidavits or that otherwise appeared to be fraudulent or counterfeit, the brief says.

Investigators examined the ballots in the batches and box identified by one person who participated in the hand count, but all had been creased and none appeared to have been marked by a computer. The woman then told investigators she may have been mistaken and gave them another box number, but investigators determined that the box-batch combination she cited didn’t exist.

Other hand count participants told investigators they also had seen suspicious-looking ballots, but they had not noted the box or batch numbers.

Investigators also found that security video confirmed the “suitcases” at State Farm Arena were normal ballot bins that election workers had stowed under tables when they thought they were done for the night and then pulled back out when they were told to keep counting.