United States health officials and the State Department warned Americans against travel to Japan because of a surge in coronavirus cases in the country, which is preparing to host the Olympics in just two months.

There have been 36,000 cases of COVID-19 in Japan over the last seven days, which is still in the midst of its highest surge to date. 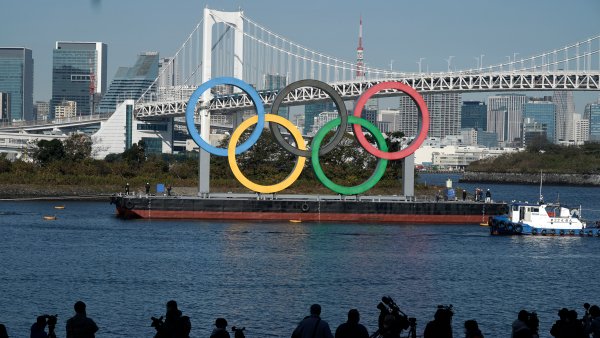 US Warns Against All Travel to Japan as Olympics Loom

Bay Area athletes preparing to compete in the Olympics are staying focused.

Kitts said he has had to stay laser-focused on his goal and hope for the best.

"Even the first time around when they were talking about maybe canceling the Olympics and then postponed it, I just kept trying to train and trying to be safe," Kitts said.

Team USA fencing coach Greg Massialas previews the upcoming Tokyo Olympics and addresses the impact COVID-19 continues to have on the athletes and coaches.

Team USA fencing coach Greg Massialas from San Francisco is training his son, Alexander, and the rest of the team in Colorado Springs.

"We understand it's going to be challenging and be different than any other Olympics," Massialas said.

"We have been made aware of the updated State Department advisory as it relates to Japan. We feel confident that the current mitigation practices in place for athletes and staff by both the USOPC and the Tokyo Organizing Committee, coupled with the testing before travel, on arrival in Japan, and during Games time, will allow for safe participation of Team USA athletes this summer."