The Giants will face either the Los Angeles Dodgers or St. Louis Cardinals in the NLDS

San Francisco will face either the Los Angeles Dodgers or the St. Louis Cardinals in the National League Division Series. The first game of the NLDS will be on Friday, Oct. 8. 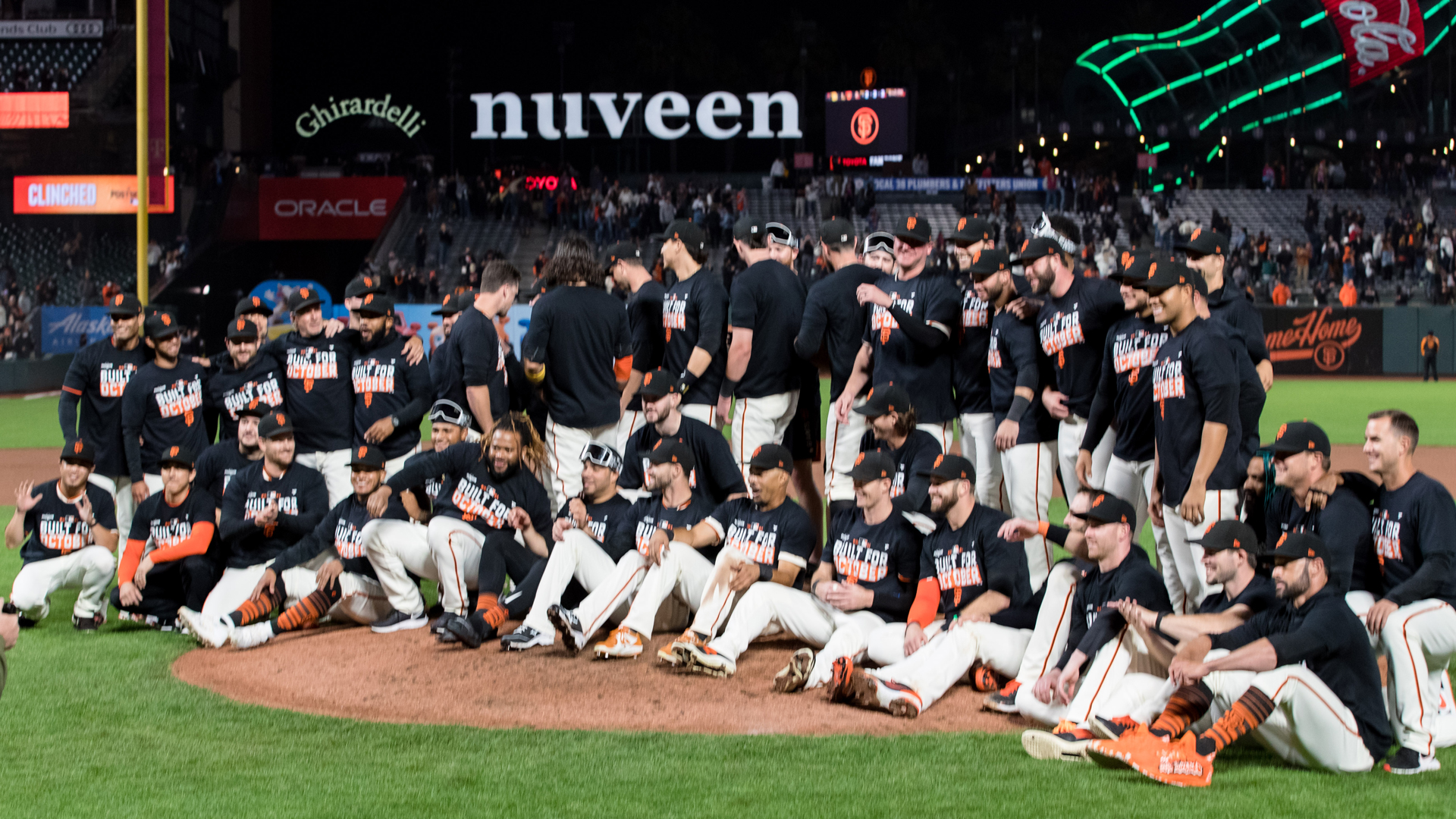 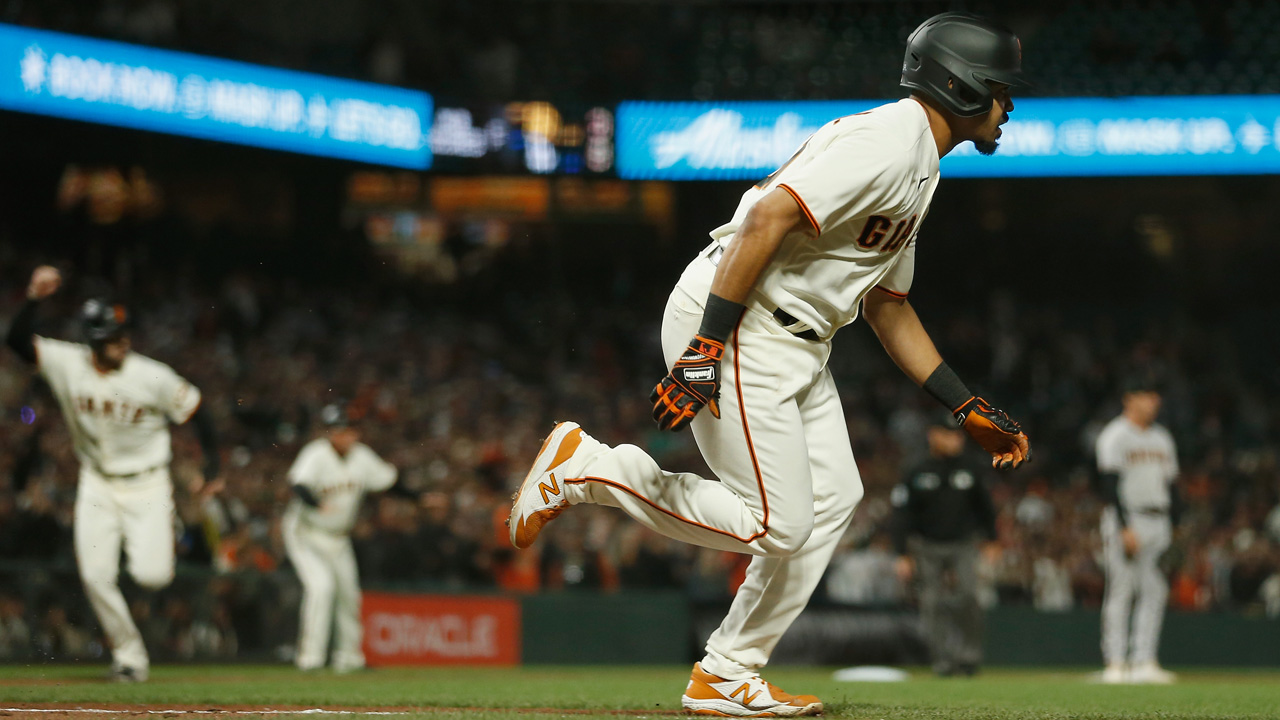 The Giants last won the NL West in 2012. Los Angeles had won the division the past eight seasons. The Giants also set for a franchise-record 107th victory to top the 1904 New York team.

Logan Webb did it all in leading San Francisco to its first division crown since 2012, delighting a delirious, deafening crowd of 36,901. Buster Posey had an incredible day, too.

Posey raised both arms into the air when Eric Hosmer struck out swinging to end it, and ran out to the mound to hug reliever Dominic Leone.

Webb walked off to a roaring standing ovation when replaced in the eighth after allowing three straight singles. He struck out eight and didn't walk a batter while pitching seven-plus stellar innings, and also hit a two-run homer in the fifth to clear the fences for his first time in his career — a pretty line drive to left.

Posey drove in three runs on a pair of singles and notched his 1,500th career hit as San Francisco's division hopes came down to the final day. The Giants clinched the title in Game 162 after losing 3-2 in 10 innings a day earlier as Los Angeles won at night against NL Central champion Milwaukee.

San Francisco wanted to earn it this way to dethrone the reigning World Series champion Dodgers, who could have forced a Monday tiebreaker with a win and a Giants loss. The Dodgers had won the last eight NL West titles since the Giants last did so nine years ago.

San Francisco held baseball's best record for 125 days and won on the last day of the regular season for the first time since 2017.

Manny Machado briefly made things interesting with a sacrifice fly in the fourth against Webb, who went unbeaten since May 5 at Colorado. He finished 10-0 after that loss but was coming off three straight no-decisions since beating the Cubs at Wrigley Field on Sept. 12.

There were so many big hits to back the right-hander's latest gem. Mike Yastrzemski's two-run double in the seventh made it 11-1.

Webb walked to load the bases with one out in the fourth and Tommy La Stella followed with an RBI single before Wilmer Flores singled in two more runs.

This one brought on some Oct. 3 memories for the storied franchise, now determined to create some more in October like the 2010, ’12 and ’14 World Series champions with some of the same faces of today in Posey, Brandon Crawford and injured slugger Brandon Belt.

Webb delivered just as Jonathan Sanchez did pitching the Giants past the Padres on the final day in 2010 to advance the club to its first playoff appearance in six years.

Or you could even go way back to Bobby Thomson's Shot Heard 'Round the World as Willie Mays and the New York Giants beat Brooklyn 5-4 to clinch the 1951 pennant before eventually losing the World Series.

These 2021 Giants completed a stunning turnaround in manager Gabe Kapler's second season from a club that finished 29-31 for third place in the division during the coronavirus-shortened 2020 season.

Los Angeles and these Padres, after all, were the hands-down favorites to win the division when the season began six months ago.

Instead, this might have been Jayce Tingler’s final game managing disappointing San Diego (79-83), which had high hopes of contending behind stars Machado and Fernando Tatis Jr. The Padres lost eight of their final nine and finished below .500 for the 10th time in 11 years — they were 37-23 last year — after losing 13 of their last 15.

Giants: Posey's durability down the stretch has been quite a physical feat. He started behind the plate for the fifth time in six games. While he pinch hit Saturday, Posey caught a full game Sunday for the 10th time over the final 13 games — remarkable at age 34 in his 12th major league season.

Longtime Giants coach Ron Wotus, who is retiring after 24 years, caught a ceremonial first pitch from his grand-nephew and was honored with a video tribute before the bottom of the fourth. He came out to coach third and tipped his cap as fans gave him a warm standing ovation.