Timo Meier added a historic chapter to what’s already been a special season for him, setting San Jose's franchise record with five goals in a game.

The Sharks used a huge first period — including Meier's hat trick — to beat the Los Angeles Kings 6-2 on Monday.

A sixth-year winger who made his first All-Star team this season, Meier's fourth goal came less than two minutes into the second period and broke the Sharks’ record with his fifth just 27 seconds before the second intermission.

With fans chanting “Timo!, Timo!” at different points throughout the third period, Meier had a chance for his sixth goal midway through the period when he took the puck down the left side with open ice ahead of him, but Kings defenseman Mikey Anderson knocked the puck from his possession as Meier approached the net.

“I can’t remember if I’ve seen a guy that hot,” Sharks coach Bob Boughner said. “… You could see guys looking at each other. It’s the way he scored them as well. The patience, the shots, picking the corners. Those goals were pretty goals.” 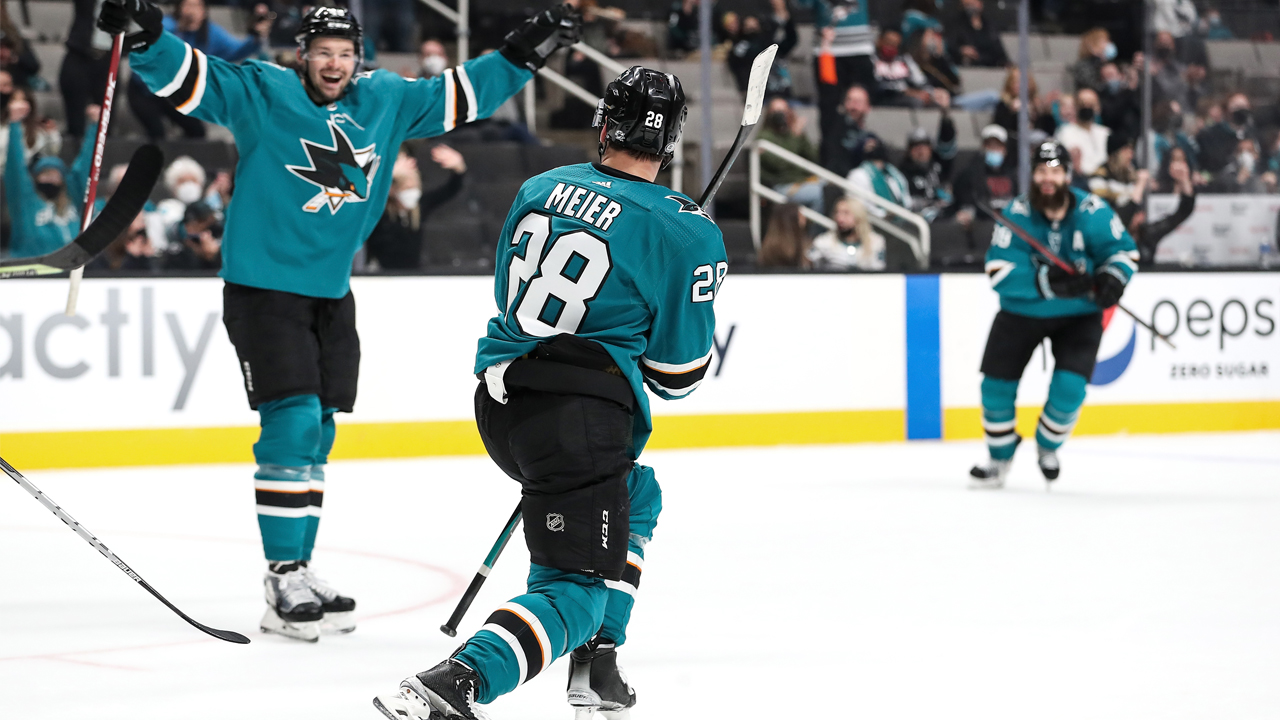 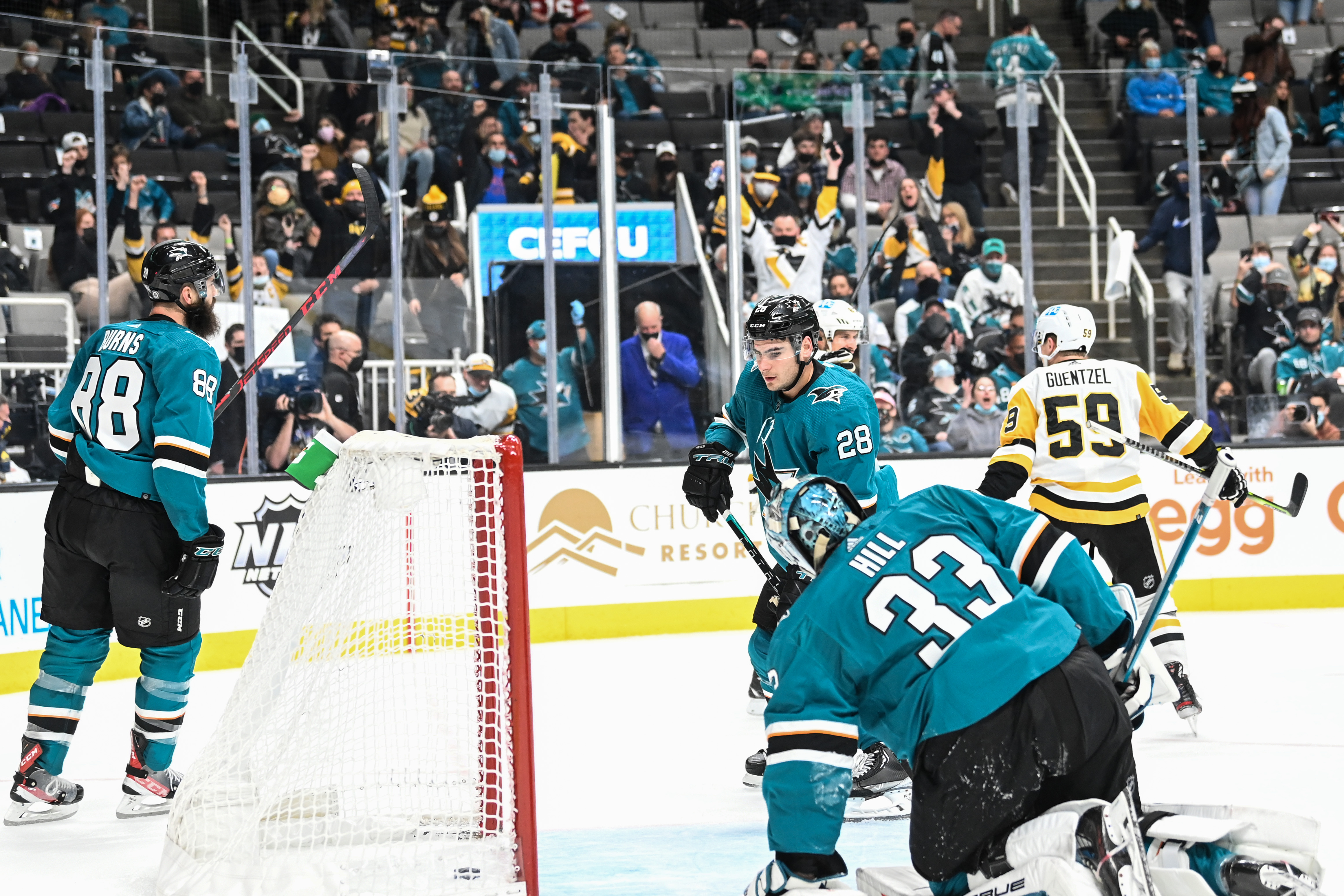 Meier scored from both sides of the net, including twice on the power play, and wedged a couple of shots from difficult angles past Los Angeles goalie Jonathan Quick.

Joe Malone holds the NHL single-game record with seven goals, which he achieved with the Quebec Bulldogs back in 1920. Seven players have had six-goal games over the years.

According to NHL records, the New York Rangers’ Mika Zibanejad was the last player to score five goals, which happened on March 5, 2020, against Washington.

Meier also notched the 11th single-period hat track in Sharks history. And with each goal, the SAP Center crowd of 10,705 cheered louder and louder.

“He’s a hell of a player, the fourth-leading shooter in the league as far as volume in the NHL," Kings coach Todd McLellan said. "He’s playing with a guy that’s red hot in Tomas (Hertl), and he has the ability to do that.”

Tomas Hertl had four assists for the Sharks, who had scored just one goal combined over their past two games. Erik Karlsson had three assists, including the 500th of his career, and Rudolfs Balcers had a goal and assist.

James Reimer, making his first start in net since Jan. 4 for San Jose due to a lower-body injury, had 39 saves.

Anze Kopitar and Anderson scored for Los Angeles, which had a four-game winning streak snapped. Quick made 11 saves.

Meier leads the Sharks with 45 points through 35 games.

Karlsson, referencing his teammate’s jersey number, summed up the theme of the day: “Today, if you wore No. 28, you shoot everything.”

Reimer had a big day in goal for San Jose, particularly early on, when he faced heavy pressure with the game’s outcome still in doubt.

“They’re a team that throws a lot of pucks to the net,” Boughner said of the Kings. “They crash hard. He had to deal with some traffic. His first game back after a few weeks off, Reimer battled hard and helped us in the first period.”

Sharks winger Alexander Barabanov remained sidelined in COVID-19 protocol, despite an initial thought that he might be able to rejoin the active roster Monday.

Sharks: At Seattle on Thursday; the Kraken won 3-1 in mid-December.