The voters have spoken: They wanted LeBron James of the reigning champion Los Angeles Lakers to be an All-Star captain, again.

So, he is. And Brooklyn’s Kevin Durant will be his opposition.

James and Durant were revealed Thursday as the leading fan votegetters in the Western and Eastern Conferences for the All-Star Game, meaning they’ll be captains for the matchup in Atlanta on March 7. James will start for the 17th time, extending his record, and Durant is an All-Star for the 11th time.

Only Kareem Abdul-Jabbar (19) and Kobe Bryant (18) have more total All-Star selections than James.

The other starters: Denver’s Nikola Jokic and the Los Angeles Clippers’ Kawhi Leonard join James as West frontcourt picks, Golden State’s Stephen Curry and Dallas’ Luka Doncic are the starting guards from the West, Milwaukee’s Giannis Antetokounmpo and Philadelphia’s Joel Embiid are alongside Durant as the East frontcourt starters, while Washington’s Bradley Beal and Brooklyn’s Kyrie Irving are the East starting guards.

The NBA has imposed new COVID-19 restrictions for its players as the new season is shaken by an increase in cases. Flip Media's Eric Mitchell breaks down what to expect as the league gets its new season underway outside the bubble.

Doncic and Portland’s Damian Lillard were tied in the NBA’s weighted system for the second West guard spot; Doncic got the nod because he got more fan votes. Fan votes counted for 50% of the starter selection process; player votes counted as 25% of the total, and votes from a media panel made up the other 25%.

Reserves will be announced Tuesday, to be decided by voting by NBA head coaches. James — the leading overall votegetter this year, with more than 5.9 million votes from fans — and Durant will then pick their teams, with the rosters for Team LeBron and Team Durant to be revealed March 4.

James is 3-0 since the NBA went to a player-captain format, defeating Curry’s team in 2018 and Antetokounmpo’s team in each of the past two seasons. Quin Snyder of the Utah Jazz will coach James’ team in Atlanta; Doc Rivers of the Philadelphia 76ers is currently the frontrunner to coach Durant’s team, with the standings after Sunday’s games to decide that spot.

The starters were revealed on the same day the NBA and the National Basketball Players Association announced details for the game, saying it will generate more than $2.5 million for historically Black colleges and COVID-19 relief efforts. 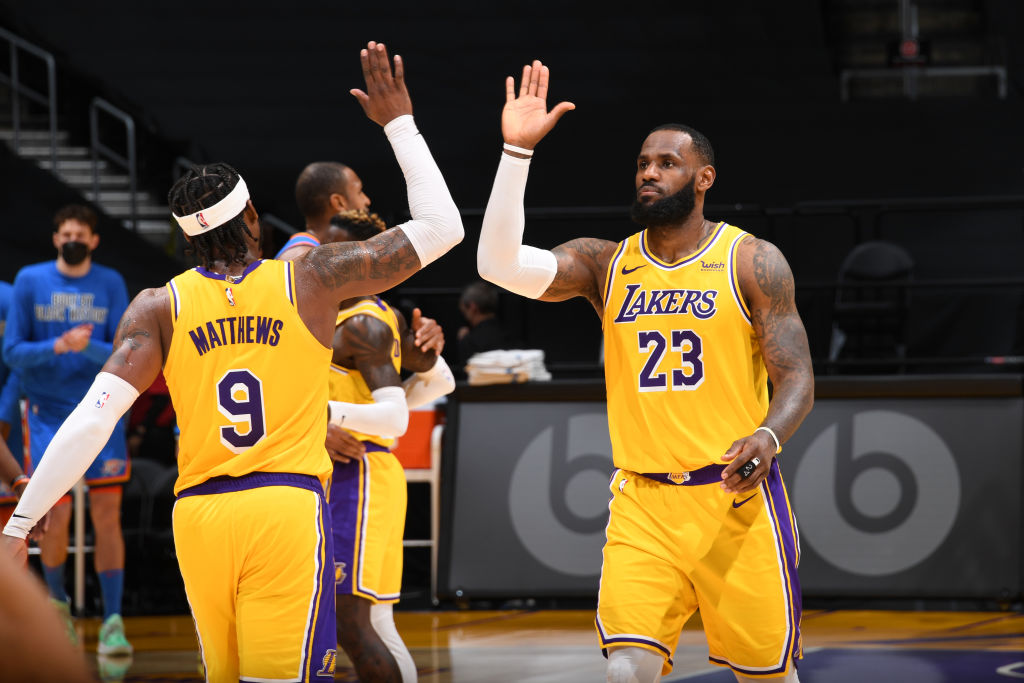 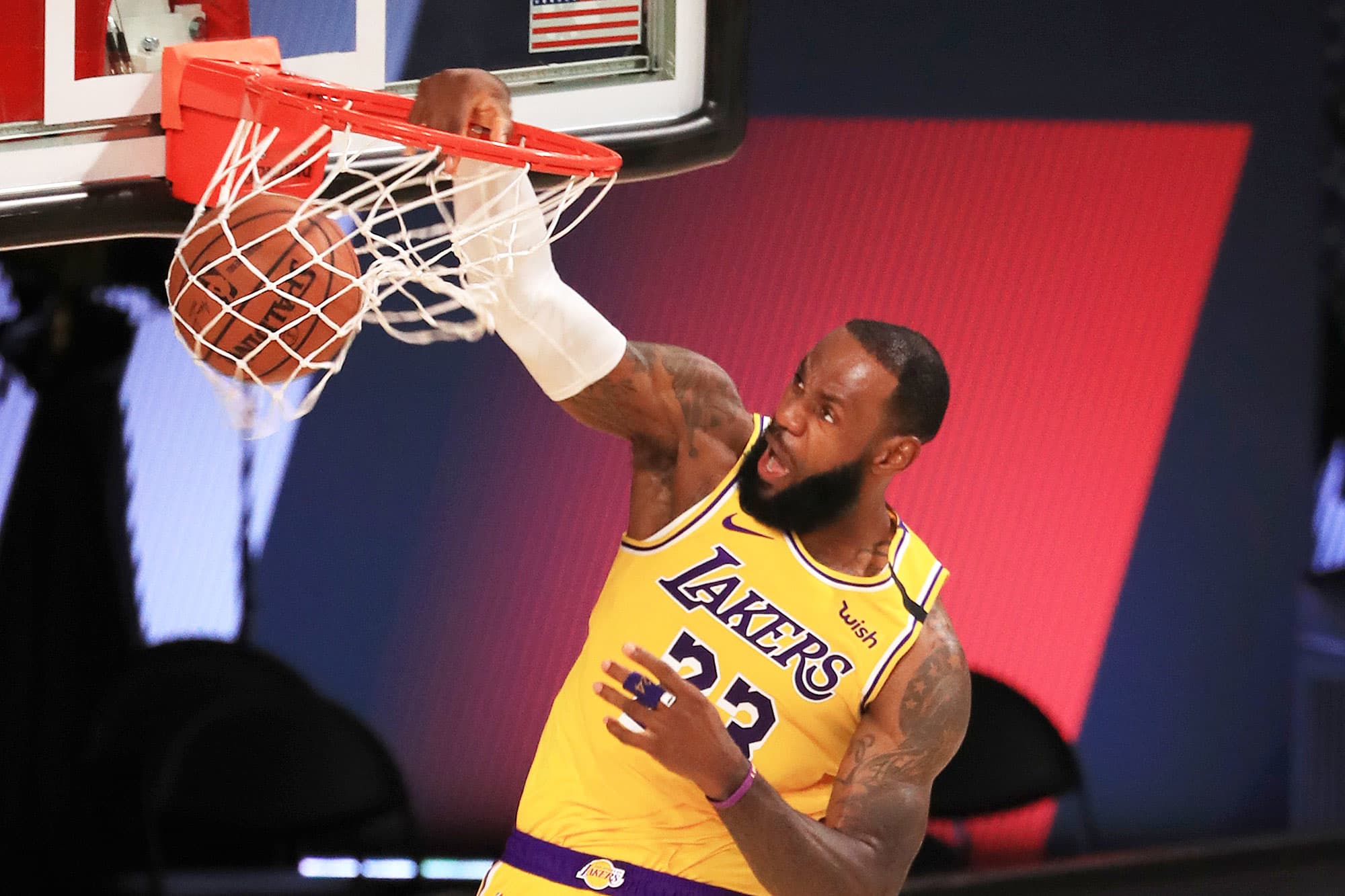 The game has been criticized by some of the league’s top players, James included, who voiced concerns about having it during a pandemic. It also drew concern from Atlanta Mayor Keisha Lance Bottoms, who made clear that fans shouldn’t come to the city for All-Star festivities since there won’t be public events surrounding the game.

But the charitable elements were a major factor in the league pressing on, and Commissioner Adam Silver said the game provides a platform to shine light on HBCUs and the ongoing need for resources in the fight against COVID-19.

“NBA All-Star in Atlanta will continue our annual tradition of celebrating the game and the greatest players in the world before a global audience,” Silver said.

The game is bringing back the format that was used last year: a target score to end the game, something that will again pay tribute to Bryant. Each of the first three quarters will start with a 0-0 score, then will be re-tallied for an untimed fourth quarter. The leading total score through three quarters will have 24 points — a nod to Bryant’s jersey number — added, and the first team to hit that target wins the game.

The game will partner with organizations such as the Thurgood Marshall College Fund and United Negro College Fund to “highlight the importance of HBCUs and raise awareness around the disparate impact of COVID-19 on communities of color,” the league said. HBCU musical groups are also being invited to perform virtually.

“HBCUs provided premium education to our communities at a time when access to higher learning was denied to us,” NBPA executive director Michele Roberts said. “They were there — and have remained there — for us. We now stand with them.”

The league told teams this week that it would arrange private travel to Atlanta for all participants, who will continue being tested for the coronavirus; players have been tested daily all season. They will be unable to leave their hotels except for All-Star events, a mini-bubble concept that the NBA and the NBPA agreed upon in recent days. And while a small number of invited guests will be in the stands, tickets will not be available.

James, Antetokounmpo and others have been less than enthusiastic about the game being played, noting both the concerns related to the pandemic and how it’s being squeezed into an already compressed season.

Lebron James paid tribute to the late Chadwick Boseman before the Los Angeles Lakers game against the Portland Trail Blazers. The NBA star kneeled and did the “Wakanda Forever” salute while the national anthem played, crossing his arms and closing his eyes.

“We know it’s happening and we know we’re required and expected to be there,” Curry said. “It kind of is what it is.”

Players and their guests will have to arrive in Atlanta by 7 p.m. on March 6 and will leave following the game the next night. The 3-point shootout, skills competition and dunk contest are also planned for March 7.