Giants to Have All Hands on Deck for Do-Or-Die Game 5 Vs. Dodgers

Giants to have all hands on deck for Game 5 vs. Dodgers originally appeared on NBC Sports Bayarea

LOS ANGELES -- At some point, as Giants manager Gabe Kapler wore out the patch of grass between the visiting dugout at Dodger Stadium and the mound, it seemed the Giants might end Game 4 of the NLDS with a position player on the mound.

Kapler was aggressive early, hoping to keep the Giants close enough that their lineup could catch up. He used four pitchers to get through the first three innings. Tyler Rogers, who had covered parts of three innings a night earlier, came on to face three more batters. Kapler ended up turning to every reliever in his bullpen except for 24-year-old closer Camilo Doval, who had thrown two innings the night before.

After all of that, the Giants feel completely fine for Game 5. Part of that is the fact that they have an off day on Wednesday. Part of it is Logan Webb being lined up for the winner-take-all game.

"He's ready for it and we'll get the rest of the club ready, as well," Kapler said.

Webb, 24, is notching a new "Biggest Start of His Life" every time he toes the rubber. He was brilliant on the final day of the regular season to help clinch a division title and then completely shut the Dodgers down in the first game of this series. He will be the youngest pitcher in franchise history to start a winner-take-all game, although he won't be out of place in this matchup. Julio Urias was born just three months before Webb in 1996. 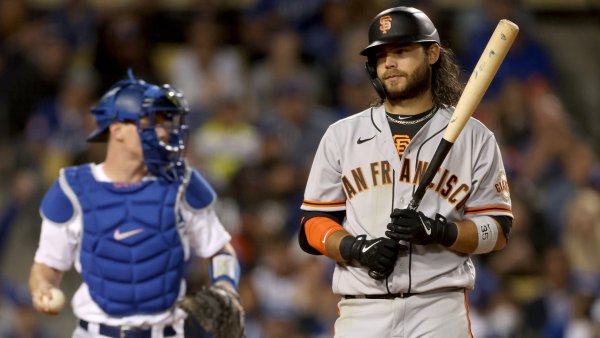 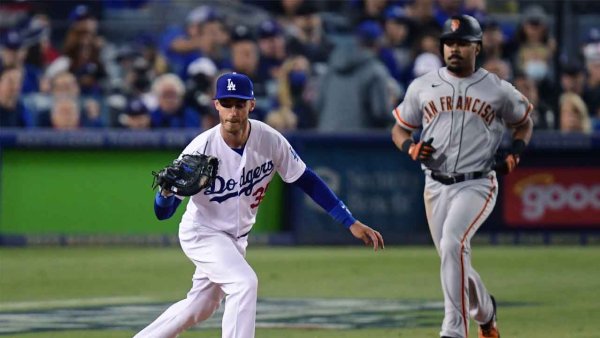 Urias has spent his whole big league career in the playoffs, though, and he closed out the World Series last year. This is all new for Webb, but Kapler has no concerns about his ability to rise to the occasion.

"We can lean on the track record of the last four months," Kapler said. "It's a long time, it's a lot of starts, and it's some starts in some huge games. It's a totally rested and prepared and confident pitcher. I mean, that's plenty."

RELATED: Game 5 is what we all deserve

Aside from the normal bullpen group, Kapler will have Kevin Gausman fully rested and said Alex Wood could be available to take down some outs, too. On the other side, the Dodgers figure to have everyone but Walker Buehler available. Dodgers manager Dave Roberts said he would check with Max Scherzer, who, like Wood, pitched on Monday night.

"We haven't had that conversation yet. I'm sure we'll have it," Roberts said. "Right now I will say he's unavailable, but I've been known to change my mind. We'll see. We'll see."