Last week, Draymond Green doubled down on his comments regarding the push for equality in women's sports. The Warriors forward incorrectly claimed female athletes are putting too much focus on the pay discrepancy between their games and the men's, and not putting enough effort into growing their game.

Green took a lot of heat on Twitter for his initial comments, and soccer star Megan Rapinoe piled on Wednesday during Team USA's media summit.

"You obviously kind of showed your whole a--," Rapinoe said. “He’s not even understanding what we all talk about all the time, whether it's WNBA players or us here on the national team. And you tagged the wrong people! You don’t think we have asked for more funding? What are we screaming about nonstop? 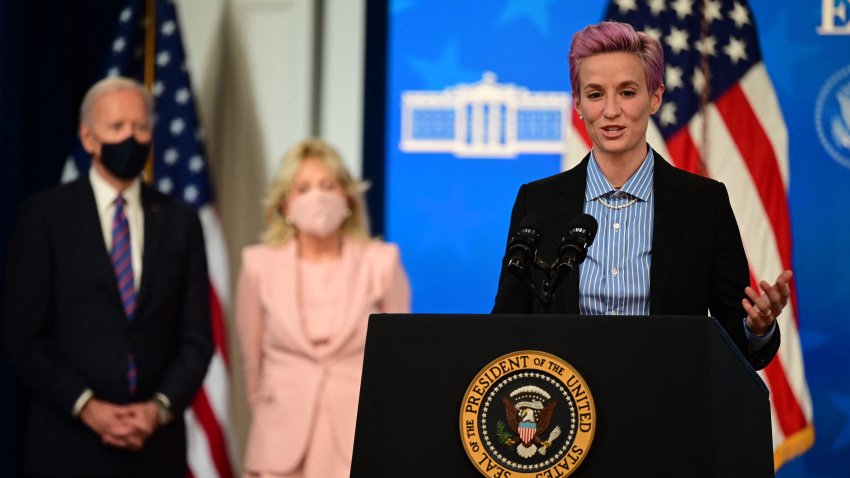 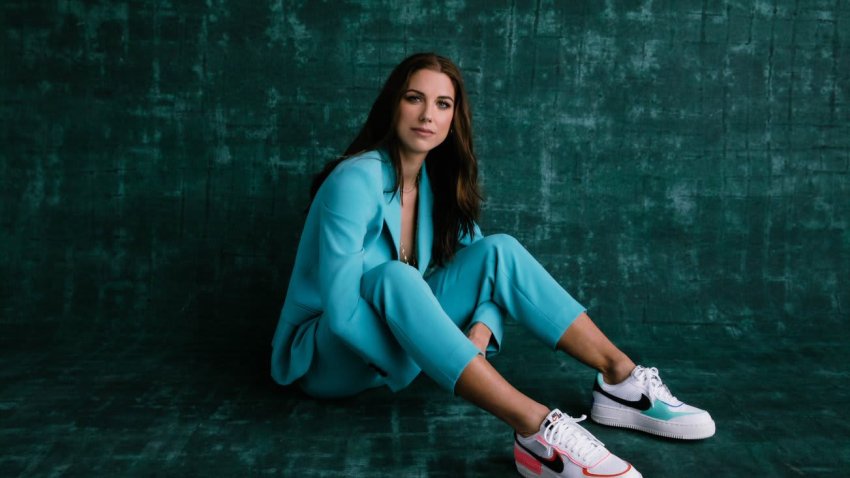 During Green's thread about the inequality between the men's and women's NCAA Tournaments, the Warriors forward suggested that the NBA became a global sport because of the focus on individual players' stories and that helped grow the game. Rapinoe pointed out that investment remains the most important part of growing the popularity of women's sports.

“When we talk about equality in women's sports, we always talk – first – about investment. And funding and resources and marketing and branding and investing in, not just the players, but the support staff and coaching. And media, TV media, print media – all of it,” Rapinoe said. “Those are the things we talk about first, and I think anybody who watches us or follows us or has skin in the game (knows that). … We understand that if all of those things are done, then yes, we will most likely be requiring a much higher salary than we're at.”

Rapinoe, who was tweeting throughout the NCAA Women's Tournament, noted that the popularity of women's sports has been growing despite the lack of financial resources they've been given.

“All I know is we have been able to be this successful with the lack of resources, and the lack of funding, and the lack of investment, all of the things that we talk about. There's at least some value worth exploring,” Rapinoe said. “Equality in general is a good business proposition. we know that. It costs companies money when they are unequal or have bad practices or racist or sexist or homophobic, whatever it is. You're leaving so much out there.”

For Rapinoe, it was very upsetting for Green, who is a member of a marginalized community, to parrot back the talking points that are often used against female athletes in their fight for equality.

“All social movements, and all people who are marginalized by race or gender or sexuality or whatever it is, it is not just their job to be the ones fighting oppression. We need all of the other people as well,” Rapinoe said. “To have someone who is oppressed in many ways, to heap that all back on female players or people who play female sports.

“That was really disappointing, and from someone who has such a big platform, as we know, that's just not acceptable at all.”

Rapinoe, of course, has been at the forefront of the fight for equality in pay and has used her platform to bring attention to women's sports and grow the popularity of the game.

Rapinoe became an icon during the USWNT's World Cup title run in 2019 by speaking out on a number of issues from the pay gap to the double standard when it comes to celebrations on the pitch.

During the 2019 World Cup, Rapinoe, who won the Golden Ball and Golden Boot as both the top player and top scorer of the tournament, has been at the forefront of the USWMNT's fight for fair pay. She was invited to the White House to discuss the pay disparity between men's and women's soccer.

The popularity of women's sports is growing, but the fight for equality is far from over. Athletes like Green need to first understand the crux of the issues before they offer opinions in an attempt to be an ally.