It’s pretty unanimous in basketball circles: Steph Curry is the greatest shooter of all time.

Unlike Warriors teammate Draymond Green, who joined Dubs Talk last month and declared himself the greatest defender in NBA history, Curry wasn’t ready to claim that no one has ever shot a basketball better than him when he hopped on the podcast this week.

Curry believes he must pass Ray Allen on the NBA's all-time 3-point field goals made list before considering himself the GOAT shooter.

"Yeah, because that was a goal of mine from the start. So, closing in on it, I'm just waiting for that moment," Curry said. 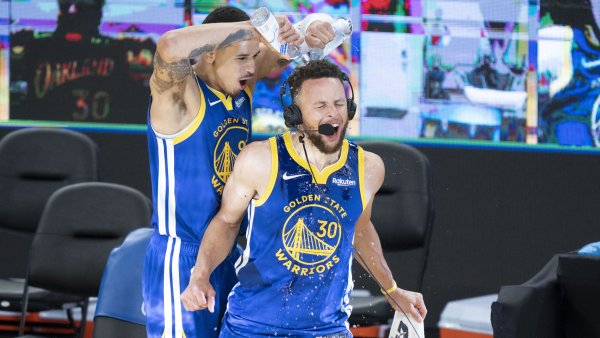 Steph Curry ‘Not Slowing Down' After Passing Wilt Chamberlain 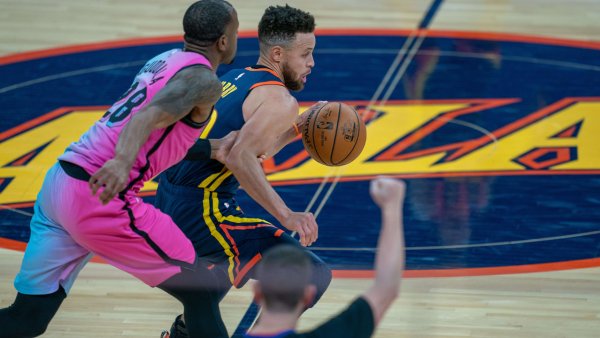 Curry is closer than ever to finally saying it himself, though, and has a perfect analogy to describe just how close he is.

"You know when you go to the movies -- well, not anymore -- when you used to go to the movies, and you sit and watch the previews and they show you 99 percent of the movie, and you probably know exactly what is going to happen, the beginning and the middle and the end?" Curry explained.

Allen sits atop the NBA's all-time 3-point list with 2,973. Curry currently resides in second place, with 2,730. At his current pace, it's likely that Curry will pass Allen sometime next season.

Back in January, Curry surpassed Reggie Miller, who was second with 2,560 buckets from deep.

Curry did not mince words when he said passing Allen was a goal of his from the start, either -- he really meant it.

"100 percent," Curry recalled. "Not as in, that is what I was going for every single day as I'm in the gym, like, 'I got to catch that record', but mostly I looked up to Ray and Reggie, Reggie especially.

"Before I even got to the league, as a youngster watching him play against my dad, and Ray doing what he did for years. And even I remember the game in Boston when Ray broke Reggie's record and he was on the call on the sidelines, and as a shooter, that was such a dope moment.

"So, when I got to the league, that was always like the pinnacle of shooting the basketball. I didn't know how long it would take, or if I was going to get there, but it was definitely on my mind."

By deductive reasoning, that would mean Curry believes himself, Allen and Miller are the three greatest shooters of all time. Where does that leave his fellow Splash Brother, Klay Thompson, on the list?

"[Klay] is on the Mt. Rushmore for sure. That's four," Curry said with a laugh.