The U.S. is the first country to win the Women's World Cup three times.

President Barack Obama issued a congratulatory phone call to the U.S. women’s soccer team on Monday, fresh off of their 5-2 victory over Japan in the FIFA Women’s World Cup Final.

In a video of the call posted on the White House’s official YouTube channel, Obama speaks with Coach Jill Ellis as members of the team listen on, many of them apparently recording the exchange on their cell phones.

“What have you been eating? I want to do what you’re doing," Obama asked midfielder Carli Lloyd, who received the Golden Ball Trophy as best player of the tournament.

Carr's Superb Effort for Raiders Not Enough to Top Mahomes 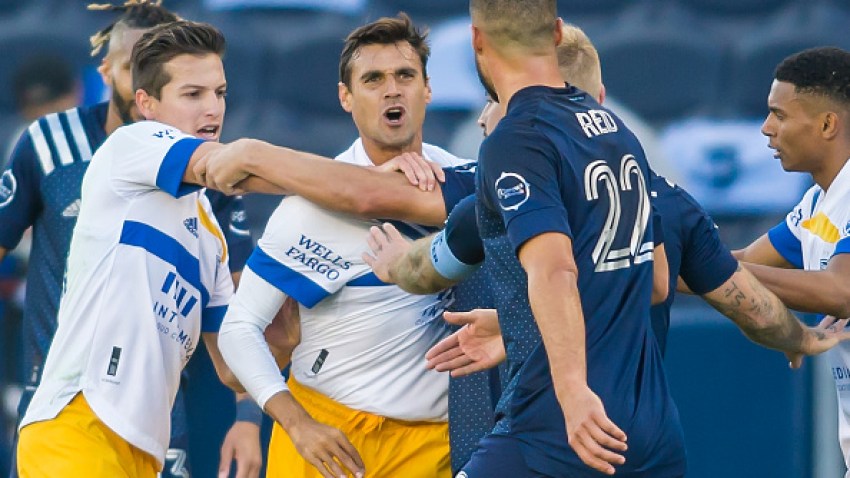 Earthquakes Eliminated From Playoffs in Shootout Loss to Sporting KC

Lloyd invited the president to join her out on the field, to which Obama replied, “Yeah, you know, I’ll do that for about 30 seconds.” He then went on to tease Lloyd for scoring “only” three goals in the first 16 minutes of the final.

The call came after Obama already sent a congratulatory tweet to the team.

The team will be celebrated with a ticker-tape parade in Manhattan on Friday, beginning at 11 a.m. It will mark the first time since 1960 that such an honor has been bestowed upon female athletes. The team was welcomed home with a rally in Los Angeles on Tuesday and will also make a visit to the White House.

The victory marked the first time that a country’s team has achieved three wins in the Women’s World Cup.