After more than 4,000 plays, 1,000 points and 125 touchdowns between them, there are countless numbers that tell the story of how the San Francisco 49ers and Kansas City Chiefs made it to the Super Bowl.

The Chiefs have relied on a big-play passing game led by Patrick Mahomes, while the Niners have had plenty of success on the defensive side.

Here’s a look at some key numbers for both teams that could help determine which team wins the game. (All stats courtesy of SportRadar unless otherwise specified): 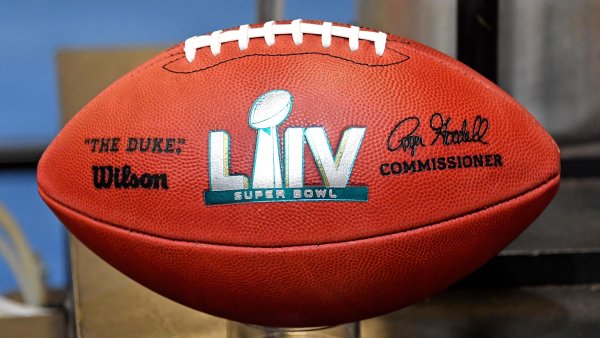 History and Excitement: a Nice Mix for the Super Bowl

64.6. The Chiefs passed the ball on 64.6% of first and second-down plays in the first 28 minutes of games this season, situations when the time and score have the least impact on play-calling. That’s the second highest rate in the NFL over the past 20 seasons to the 66.6% for the Steelers in 2018.

6.65. The Niners led the NFL this season in first-down production, averaging 6.65 yards per play. That’s a staple of coach Kyle Shanahan’s offenses. The best performing first-down team in the past 20 seasons was the 2016 Falcons, who averaged 7.58 yards per play with Shanahan as offensive coordinator. Five of the top 24 teams in the past 20 years were coached by Shanahan.

4. The Chiefs have rallied to win four games they trailed by at least 10 points this season, including twice in the playoffs. They are the second team in that past 25 seasons win multiple games in a postseason when trailing by double digits, joining the 2014 Patriots, who did it vs. Baltimore and Seattle. San Francisco was tied for the second-most double-digit comebacks this season with three.

32. No team threw the ball deep fewer times this season than the 49ers. Their 32 pass attempts at least 20 yards downfield were the second fewest in the NFL in the past 13 seasons. They were successful when they did throw deep with the 106.8 rating on deep throws ranking second in the NFL to Kansas City’s 122.6.

37. The Chiefs ranked second in the NFL this season with 37 pass completions on throws that traveled at least 20 yards downfield. But no team was stingier against deep passes than the Niners, who allowed only eight all regular season. That’s the fewest in the NFL over the past 14 seasons.

Fives facts you should know about the San Francisco 49ers going into Super Bowl LIV on Feb. 2, 2020.

22. San Francisco and Kansas City were tied for the NFL lead with 22 sacks on third down this season. Mahomes has the second-lowest third-down sack rate the past two seasons among players with at least 200 passes on third downs at 7.3%.

31. The 49ers used play action on 31% of dropbacks, the highest rate in the league, according to NFL NextGen starts. Garoppolo averaged 10.3 yards per attempt on play action compared to 7.4 ypa on other passes.

4.17. The Chiefs have allowed only 4.17 yards per carry over the past six games, a marked improvement from the start of the season. Kansas City allowed 5.11 ypc over the first 12 games, the third worst mark in the league in that span. The Niners are averaging 4.73 ypc for the season.