Steve Kerr is a victory away from a ninth NBA championship

He hit a championship-winning shot with Michael Jordan. He calls the shots for Stephen Curry.

From clutch to coach, Steve Kerr has done it all for some of basketball’s biggest winners. Any team that can claim to be a dynasty across the last 30 years of the NBA has some link to Golden State’s coach.

Now back in Boston, the winning Warrior is a victory away from a ninth NBA championship. It used to be that to win that much, you had to be a Celtic.

Kerr just has to beat them.

If the Warriors win Game 6 on Thursday night, forget about another banner being hung in Boston. Instead, Kerr will be celebrating underneath them.

If so, he will credit Curry and Klay Thompson, just as he did as a player with Jordan and Scottie Pippen, or Tim Duncan and David Robinson, when trying to explain his success.

“Just hanging around the right people,” he said with a smile. “You hang around superstars long enough, you’re going to get some residual success falling your way.” 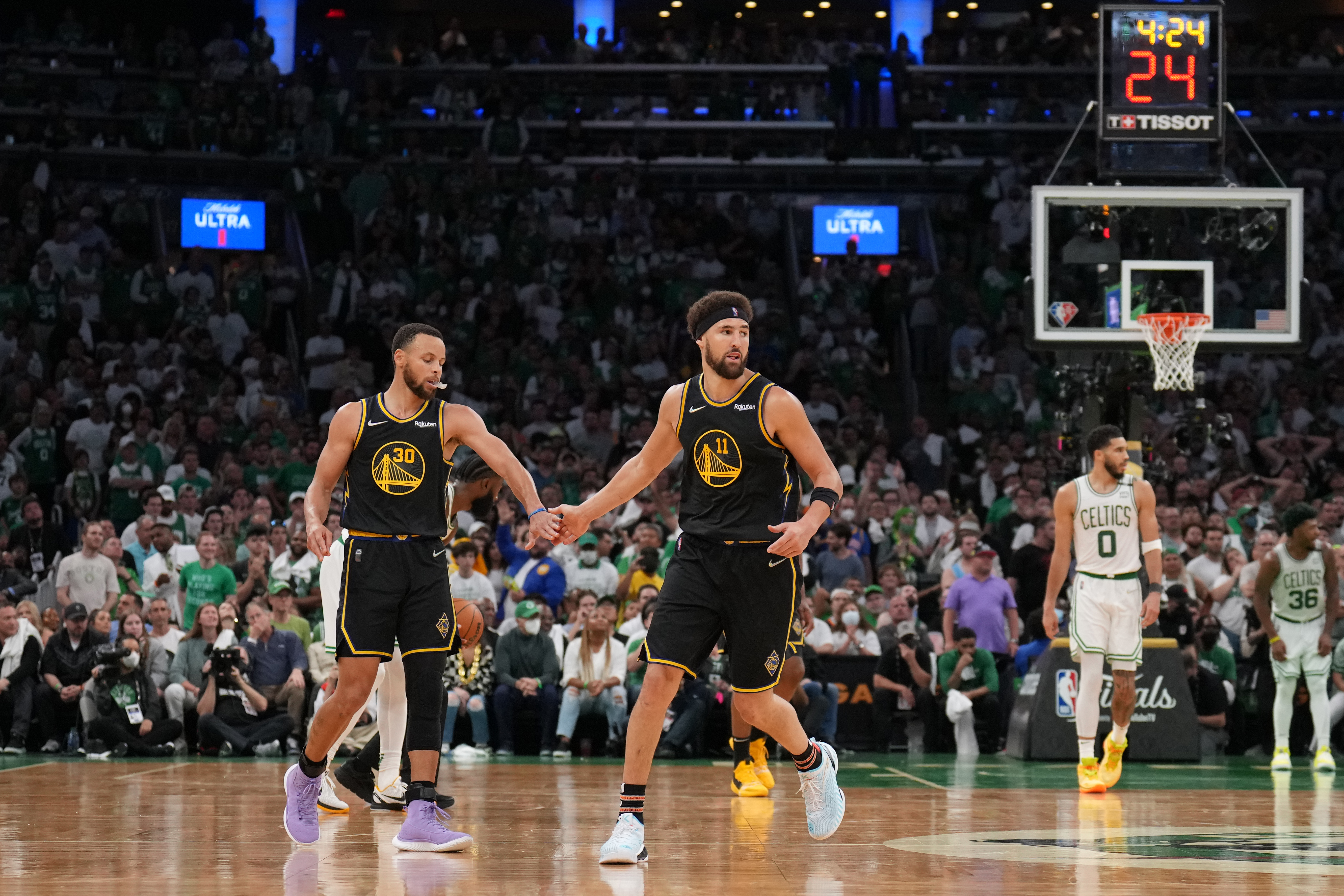 There's more to it than that, of course. Talent may take a team to the top, but staying there — and then getting back again after being knocked down — demands more than that. It requires understanding the personnel on the court and the personalities in the locker room.

It means thinking the game as well as playing it, and Kerr does that with the best of them.

“The man’s knowledge for the game is second to none,” Thompson said.

Kerr hasn’t won quite like Bill Russell, the Celtics Hall of Fame center who pocketed 11 rings as a player. Nor as much as Phil Jackson, who won 11 of his own as a coach.

Yet, when it comes to combining winning as a player and a coach, few have done it better than Kerr.

He won five titles in uniform with Chicago and San Antonio. Add in three as Golden State’s boss on the bench, and he is the first person in NBA history to win at least three championships as a player and a coach.

Throw in a couple stints as an analyst for TNT around his time as general manager of the Phoenix Suns, and Kerr has seen NBA basketball from almost every angle.

“I mean, Steve has had such an incredible, unique career, from player to coach, GM. He just knows how to jell talent together,” Thompson said. “Then he draws from his playing days, which is really cool to hear and talk about, playing with Mike and Scottie, the Twin Towers in San Antonio.”

Kerr wasn't a player like those Hall of Fame talents. A second-round pick in the 1988 draft, he started only 30 games in his career. He never averaged double figures in any of his 15 seasons, sticking around that long by being a good teammate and a better shooter.

Most players aren't superstars, and because he wasn't, Kerr makes it a point of reaching out to players like himself.

Celtics guard Derrick White remembers Kerr helping make him comfortable when he was promoted to the U.S. roster for the 2019 Basketball World Cup after originally only being a player on the team practicing against the Americans.

“Any time I needed a question or anything during that whole USA experience, he was there for me,” White said.

Said Kerr: “I definitely identify with role players more than I can identify with a star player, just because I have the experience of coming off the bench and trying to figure out a role and all that stuff."

Being a role player doesn't mean Kerr didn't have a big role.

Curry may be considered the greatest outside shooter ever, but it's Kerr whose 45.4% career mark from 3-point range is tops in NBA history. He knocked down the jumper to secure the Bulls' 1997 championship, joking during the victory celebration in Chicago that he stepped up to take the shot because Jordan didn't feel comfortable doing so.

The confidence Kerr showed on the floor then is the same he demonstrates in the huddle now, a resolve that Draymond Green says makes the Warriors feel “invincible.”

“There are times where we get a little rattled as a team and he’s just right there, steady force, like ‘Hey, man, just calm down, settle down,’” Kerr said.

No surprise. He's the same guy who once got in a fistfight with Jordan at practice.

These Warriors needed that steadiness more than during their run of three titles in four years from 2015-18. With Thompson still recovering from injuries well into the season and then Curry and Green going down after he returned, Golden State was hardly at full strength before the playoffs and certainly not the powerhouse of recent years.

“We’ve had to figure some things out on the fly,” their coach said.

Teams with Kerr usually do.