Durant: Playing for Team USA in Olympics ‘was Therapy for Me'

On Sunday against Serbia, he racked up an Olympics-high 30 points and led Team USA to the gold medal.

He relished the experience in Rio.

Trainer Says Warriors’ Steph Curry ‘as Bouncy and Energetic’ as Ever 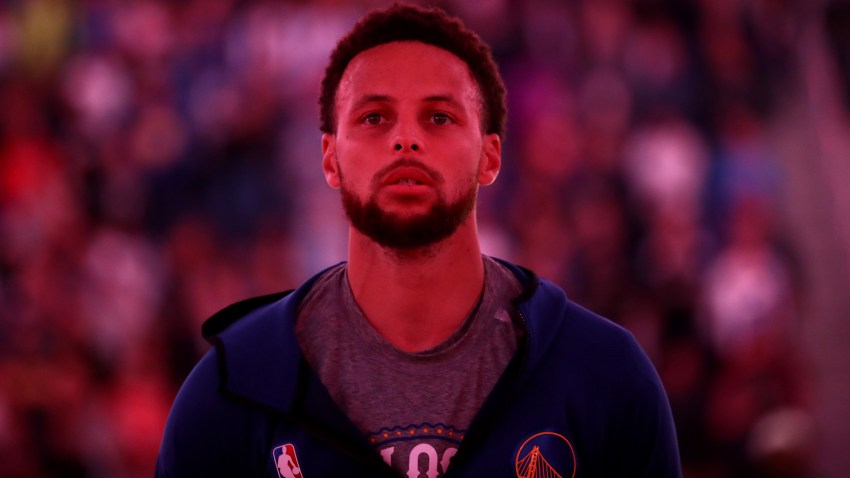 "It was therapy for me after making a big change in my life," Durant told The Vertical on Sunday evening. "It made my life easier … I knew (a backlash) was coming. It was definitely different for me, but to come here in an environment where people accepted me and didn't care about anything except being my buddy, that's what I needed."

At 8:38am PT on July 4, Durant announced to the world that he would sign with the Warriors.

Many in the basketball world are disappointed in Durant's decision, and are casting Golden State as the villain of the league.

"I focused on that. All that noise around me kind of quieted down."

Durant will have about a month off before the Warriors open training camp in late September.

He and his teammates will be under the microscope and the scrutiny will be intense.

"Kevin Durant is one of the great players that we've ever had in USA Basketball, that's for sure, and certainly in the NBA," Jerry Colangelo declared. "I'm so happy for him to have broken the stigma of the media taking issue with him going to Golden State.

"This was good for him, for his psyche."