Despite that, she doesn't always grab top billing in one of the most competitive races in track and field — the women's 400-meter hurdles.

The reason — Sydney McLaughlin, the 21-year-old phenom who has been on Muhammad's heels for most of the past few seasons and even deserves some of the credit for pushing the champion toward her world-record times.

Act One of their 2021 drama is expected to take place at the U.S. Olympic track and field trials Sunday. The encore could happen in Tokyo at the Olympics.

“We definitely push each other to be at our best,” Muhammad said. “That’s a lot of pressure, but it also makes us so much better.”

Action resumes Thursday at the trials. There are still many spots up for grabs to Tokyo over the final four days, the last two of which are expected to reach 100 degrees (37.8 Celsius), with a potentially record-setting heatwave descending on the Pacific Northwest. To beat the heat, USA Track and Field moved the start times for Saturday's 20-kilometer racewalks to 7 a.m. — two hours earlier than originally scheduled.

With McLaughlin pushing her to the finish, Muhammad ran the 400 hurdles in 52.16 seconds at the 2019 world championships in Doha. She broke her own world record from two months previous. McLaughlin's second-place time of 52.23 in Doha stands as the third-best time ever.

McLaughlin burst onto the national scene by earning a spot for the 2016 Olympics at age 16. Much was made of her multiple talents — including the ability to juggle while riding a unicycle.

Muhammad, meanwhile, has largely stayed under the radar. She does not consider this a rivalry, per se.

“It’s actually unfortunate that it’s looked up that way,” the 31-year-old Muhammad said. “In reality, I definitely wish nothing but the best for Sydney. I love to see where the event can go.”

Despite finishing second in the last major race, McLaughlin might be considered a slight favorite at the trials. Her best time this season (52.83) is nearly 2 seconds better than Muhammad's (54.50). Muhammad is still rounding into form after suffering a hamstring injury earlier this season.

“I’m lucky enough to have a lot of muscle memory in the event," Muhammad said. "So it doesn’t take a lot at this point of my career to figure out the speed and the pattern of the 400 hurdles.”

Sydney McLaughlin and Dalilah Muhammad are two of the best hurdlers in the world, but there is often a fine line between teammates and competitors, and in Tokyo this summer, it is one those two will be hurdling once again.

World champion sprinter Noah Lyles had visions of a 100-200 sprint double. But it didn’t work out in the 100, where he finished seventh. He promised no such letdown in his signature event, the 200, with the first round Friday and the final Sunday in the final event of the trials.

It’s a loaded field that also includes Terrance Laird, the LSU standout who just announced he was turning pro. Laird recently won the 100 meters at the NCAA championships and finished second in the 200.

American athlete Nia Ali is running toward her second Olympic team, ready to prove she deserves to be there as a mother of two. “It’s not about proving other people wrong, but I like to try to prove myself right.”

A pair of 30-something Olympic champions will headline the women's long jump. Tianna Bartoletta, 35, is the reigning Olympic long jump champion, with Brittney Reese, 34, taking second in Rio. Reese won the event at the 2012 London Games.

The up-and-comer is NCAA winner Tara Davis from the University of Texas.

Matthew Centrowitz will be a crowd favorite — he was recently inducted into the University of Oregon athletics hall of fame — when he begins his first step toward defending his Olympic title in the 1,500 meters. In Rio, Centrowitz became the first American to win Olympic gold in the men's 1,500 since 1908.

Don’t overlook Hobbs Kessler, the 18-year-old from Michigan who broke Jim Ryun’s American under-20 record with a timeof 3:34.36 at the Portland Track Festival. Ryun’s mark had been on the books since 1966.

Tokyo Olympics: Meet the Moms Who Have Qualified for the U.S. Team 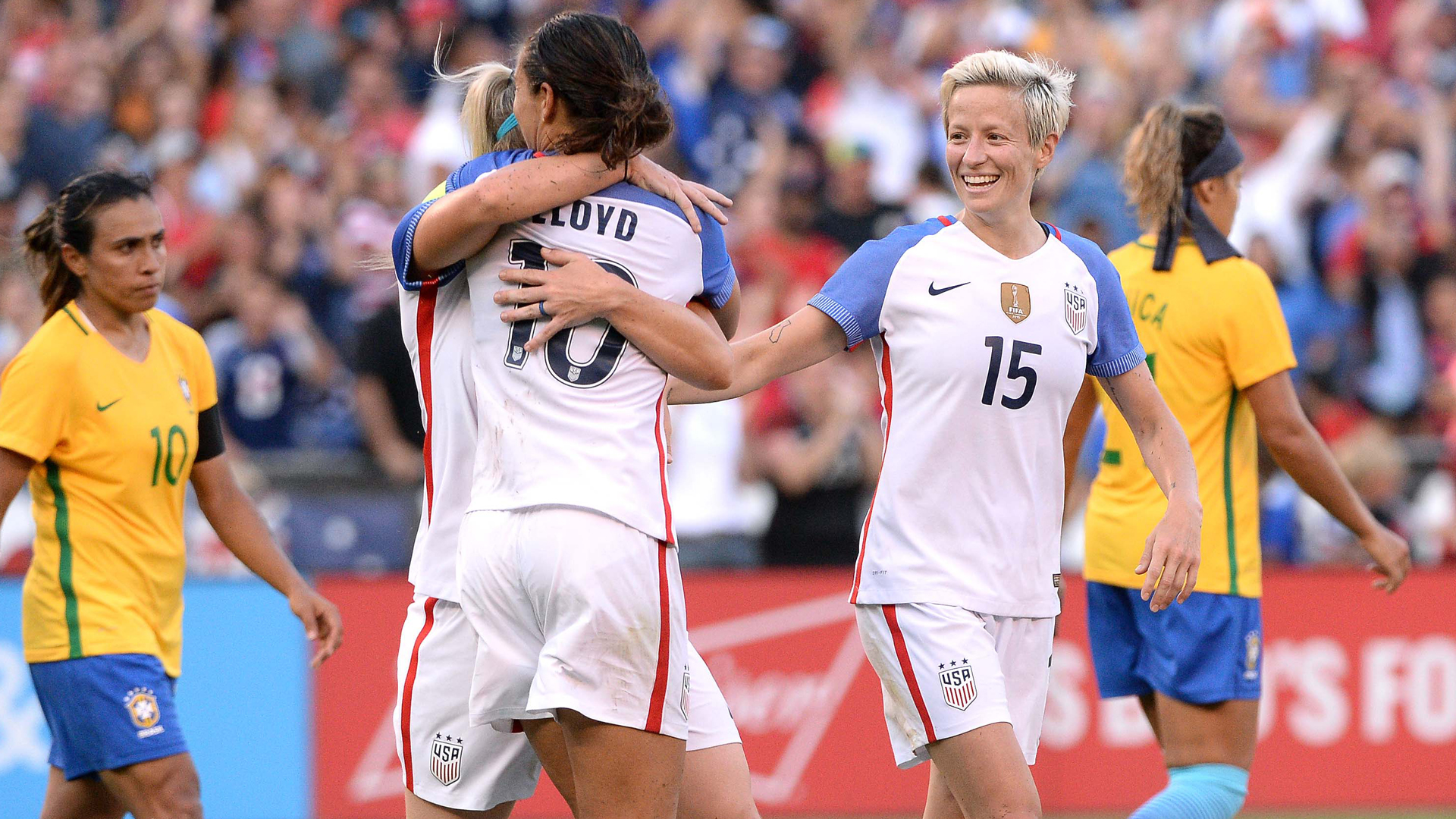 Grant Holloway (110-meter hurdles) and Rai Benjamin (400 hurdles) are both at the head of the class in their events. Holloway won the 110 hurdles at the world championships, while Benjamin took silver in the 400 hurdles. Benjamin's in hot pursuit of the record for the event, which is 46.78 and set by Kevin Young in 1992. He along with Karsten Warholm of Norway and Qatar's Abderrahman Samba have all dipped below the 47-second mark.

“It’s the level of competition that Karsten, Samba and myself have brought the 400 hurdles to — running 47s is not going to be enough,” Benjamin said. “I’m ready. I’m prepared.”

DeAnna Price, the American record holder, and Gwen Berry have raised the profile of the American hammer throw. Price is the defending world champion and Berry is not far behind.

Berry, a Black athlete, also is drawing awareness in her fight for racial justice. Berry was reprimanded soon after raising her fist on the medals stand at the Pan-Am Games in 2019; it rekindled a contentious debate about Rule 50.

In December, she won a humanitarian award for her work raising social justice issues in the United States.

Olympian Paige McPherson has rituals she performs before her taekwondo matches to help her feel calm and confident. Makeup, skin care and hair care are a big part of that routine. McPherson, who took home the bronze medal from the 2012 London Olympics, joined LX News to explain how her “war paint” ritual has helped boost her self-confidence as she prepares for the Tokyo Olympics.
Copyright AP - Associated Press