Relativity Space is pushing the boundaries of 3D-printing to build rockets but CEO Tim Ellis sees the company's influence reaching beyond the space industry.

Between Stimulus Checks and Expanded Tax Credits, Here's How Much Federal Money You Could Get 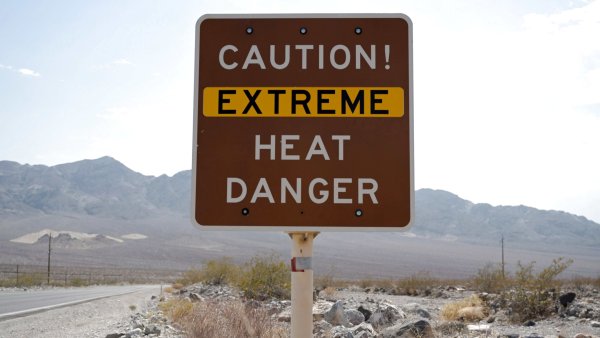 "We're reinventing the underpinnings of not just building rockets, but the whole stack of how you actually design, develop, build and scale a company," Ellis said.

"3D-printing is actually an entirely new tech stack for aerospace that we really haven't changed the paradigm of in the last 60 years – building products one at a time by hand with hundreds of thousands to millions of individual piece parts in a factory, full of fixed tooling and a very complicated supply chain," Ellis said.

The Long Beach, California, company has grown rapidly since its founding five years ago. Verifying the 3D-printing approach was strong enough to build its Terran 1 rocket. It moved into "the factory of the future" last year and raised a $500 million "war chest" of capital. Investors, including Tiger Global Management, Fidelity, Baillie Gifford, Jared Leto and Mark Cuban, now value the company at $2.3 billion.

The company's push to create the next-generation of manufacturing landed Relativity Space at No. 23 on this year's CNBC Disruptor 50 list.

Why Robinhood is the No. 1 company

When disruption becomes a force for good — and bad

Cybereason CEO told world about DarkSide from a bomb shelter

Ripple on the future of cryptocurrencies as international bans increase

How Relativity Space is reinventing the rocket, and building a multiplanetary future

It's not a vaccine passport, but more people travel 'CLEAR'

Clubhouse has 'millions more' waiting to join its audio app

How we choose Disruptor companies

Now the company is completing work on the first rocket it plans to launch to orbit by the end of this year.

The company remains on schedule for the launch from its Cape Canaveral launch site later this year, Ellis said in an interview on CNBC's "TechCheck" on Thursday.

Additionally, Relativity in February unveiled plans to build a bigger and reusable rocket called Terran R, designed to take on the Falcon 9 rocket that has become the workhorse of Elon Musk's SpaceX.

Relativity already has the world's largest 3D printers, capable of manufacturing a single piece of metal up to 32 feet tall. About 95% of the parts for its Terran 1 rocket are 3D-printed, a process which Ellis touts as making the rocket many times less complex compared to traditional rockets. Additionally, Relativity says its simpler process will eventually be capable of turning raw material into a rocket on the launchpad in under 60 days.

"While Relativity has invented our own 3D-printers ... that's not the most innovative thing, actually," Ellis said. "I think the most innovative thing that Relativity is doing is that we're the world's first end product 3D-printing company. We're not just building the printer and selling it, and we're not just designing the product and buying someone else's printers – we're actually integrating both of those together."

Ellis believes that companies which build 3D-printers aren't selling customers a machine: "You're selling an entirely new philosophy" about manufacturing.

As both the creator of the 3D-printers and the user of its products, Ellis sees Relativity as taking 3D-printing from its infancy to what he says will be "the most disruptive technology in our lifetime for aerospace and potentially for other manufacturing industries."

"We need to inspire dozens to hundreds of companies to go after making [a continuous human presence on] Mars a reality," Ellis said. "We're talking about replicating an entire planet – this is a monumental undertaking."

To Ellis, additive manufacturing is "inevitably required to build an industrial base on Mars."

"That future was never going to happen unless some company actually created it," Ellis said, adding that Relativity is now "on the bleeding edge of what is building the future of humanity."