It's in the Mail: California Sending Ballots to All Voters

The Nov. 3 election will test Californians' commitment to voting by mail as the nation's most populous state offers far fewer in-person polling places, hoping that during a pandemic voters will choose to cast ballots from the safety of their mailboxes.

If it doesn't work, the state could see long lines and frustrated voters on Election Day compounded by coronavirus protocols that will make voting in-person slower in a year expected to draw a big turnout.

Californians have been voting by mail for years, each election showing a steady increase of participation. In March, more than 72% of votes cast in the state's primary came through the U.S. Postal Service.

But voting by mail has not been embraced everywhere, most notably in Los Angeles, where more than 5.6 million people are registered to vote. And this year public confidence in voting by mail has been shaken, with Republican President Donald Trump publicly criticizing the process while some Democratic leaders have worried financial troubles at the U.S. Postal Service could delay delivery of ballots and disenfranchise voters. 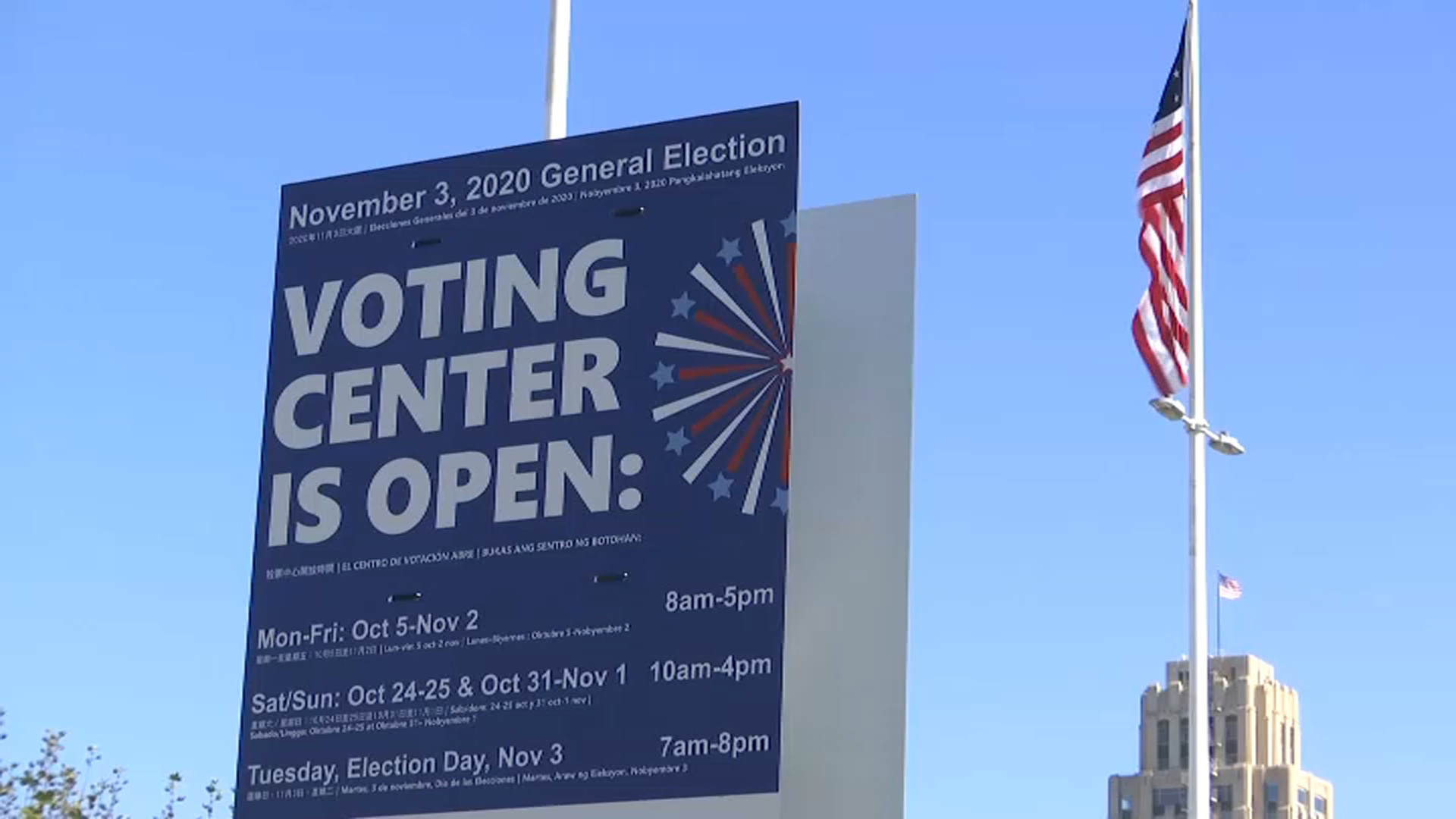 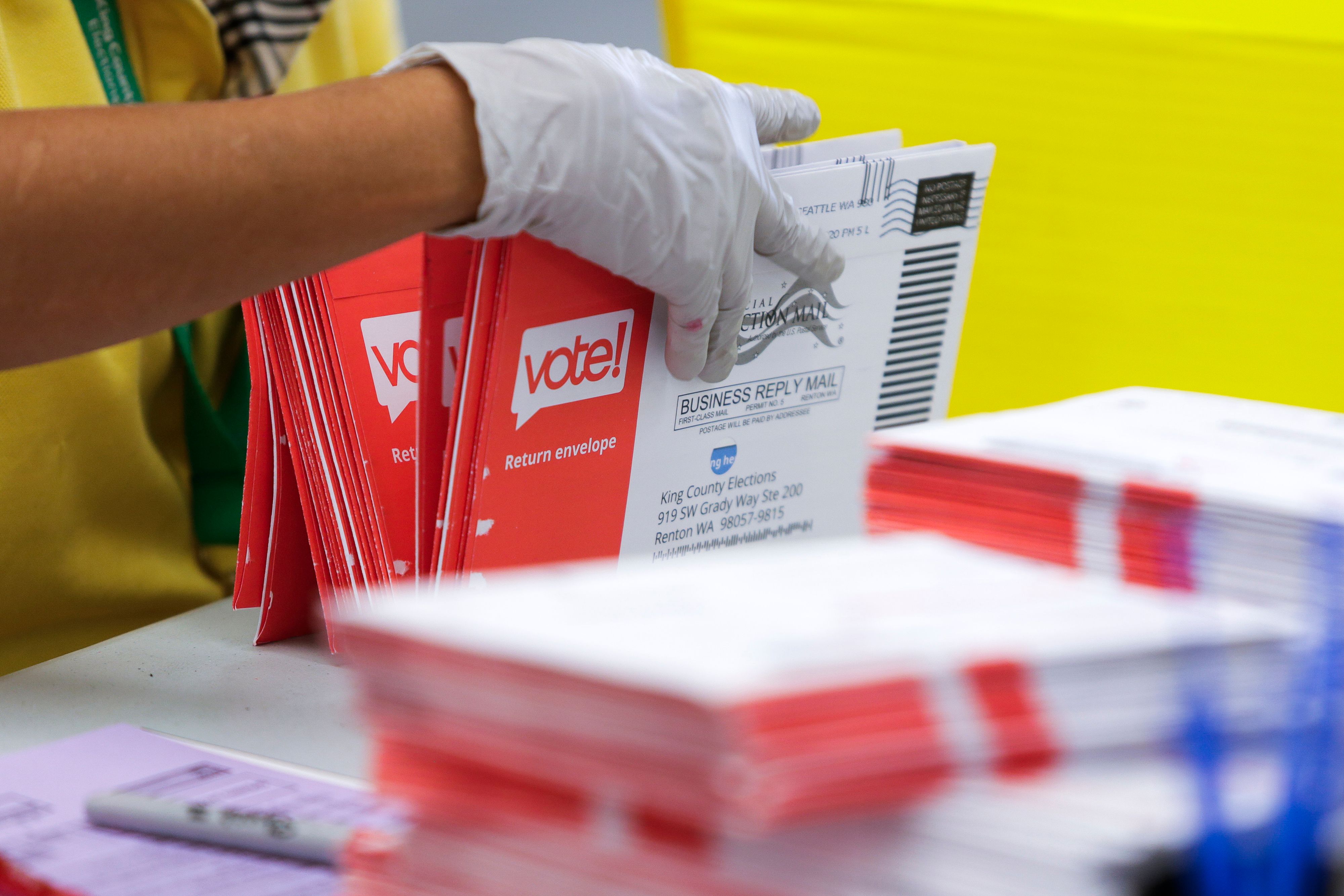 Still, California has gone all-in on voting by mail in 2020. For the first time, county election offices are sending a ballot to every active registered voter. Plus, the state Legislature changed the law to say that, as long as ballots are postmarked by Nov. 3, they can arrive at county election offices up to 17 days after the election and still be counted.

“Nov. 3 is technically Election Day, but we have to start thinking about this as simply the last day to vote,” Secretary of State Alex Padilla said. “We need to vote early.”

But will it be enough to convince more people to vote by mail?

California has more than 21 million people registered to vote, the most ever. Polls show voters from both major parties are energized about the election, featuring the pivotal presidential contest and, in California, a dozen statewide ballot initiatives on hot-button issues including affirmative action, property taxes, workers' rights, rent control and harsher penalties for criminals.

“This is the most enthusiastic electorate we've ever seen,” said Paul Mitchell, vice president of Political Data Inc., a bipartisan voter data company based in California.

All of that points to more people voting in this election. But the pandemic means many traditional polling places — community centers, retirement homes, and in some cases people's garages — won't be available this year.

To accommodate large crowds of voters and follow public health guidelines on physical distancing voters in big cities will be able to cast ballots at sports arenas, including Dodger and SoFi stadiums in Los Angeles, the Oakland Coliseum, Levi's Stadium in San Jose and the Golden One Center in Sacramento.

There's a lot of talk right now about how we get our vote to the ballot box. Is in-person or mail-in voting safer? Are dead people voting? And why don't we vote online? Here's what you need to know about how we vote, explained with some of our favorite old-school video games.

Early voting started Monday and in the runup many smaller counties struggled to find suitable sites. Santa Barbara County has had as many as 86 in-person polling places. This year, it will have 35. And for the first time taxpayers are having to pay to rent some facilities — up to $6,000 to convert hotel ballrooms into voting centers.

“We're going to have to, obviously, wipe down everything after they vote,” Santa Barbara Registrar of Voters Joe Holland said. “If they don't want to wear a mask, we'll allow them to vote outside and we'll assist them with that.”

James Gallagher, a Republican state assemblyman from Yuba City, said he expects Republicans to continue voting by mail as they have for years. But he's worried a new state law that lets counties merge polling precincts will create confusion and could contribute to longer lines on Election Day for the people who vote in person.

“It really drastically changes the process for people,” he said.

State Sen. Tom Umberg, a Democrat and chairman of the Elections and Constitutional Amendments Committee, said he thinks the changes won't cause a problem.

“I personally think that most people recognize that this is a different election year,” said Umberg, whose district straddles LA and Orange counties.

Padilla, the state's top election official, said what concerns him are the “baseless attacks on vote by mail.” Last month, officials in Sonoma County said a photo circulating on social media showing empty vote-by-mail envelopes in a recycling bin was being used as “evidence of ballots for the Nov. 3 election ‘being dumped’ in California.”

“This is not true. Those ballots haven't even been mailed out yet,” the county posted on its official Facebook page, saying the photo actually showed ballot envelopes from 2018 that were properly disposed of after the election. “Please help us spread the word.”

California is letting voters track their ballots this year. People who sign up can get a text message, email or phone call when the county receives their ballot and counts it.

“They should have confidence in our free and fair elections," Padilla said.

Lalee Ibssa breaks down what you need to know to make sure your vote counts on election day.
Copyright AP - Associated Press