As the debate over whether schools should reopen later in the fall intensifies, one Bay Area nanny said she got COVID-19 from the person she least expected: the 3-year-old child she was taking care of.

The woman said the child was exposed at his pre-Kindergarten program and brought the coronavirus home.

"I had a fever and I was coughing a lot, and I thought it was because of the smoke," said Taylor Lupetti, the nanny who caught COVID-19.

Turns out it was not the wildfire smoke that got into Lupetti's lungs, it was the coronavirus. But it is who the aspiring teacher believes she got it from that stunned her.

"I was just really shocked that I got it from a 3-year-old," Lupetti said. "I guess I always thought kids were a little less susceptible to it." 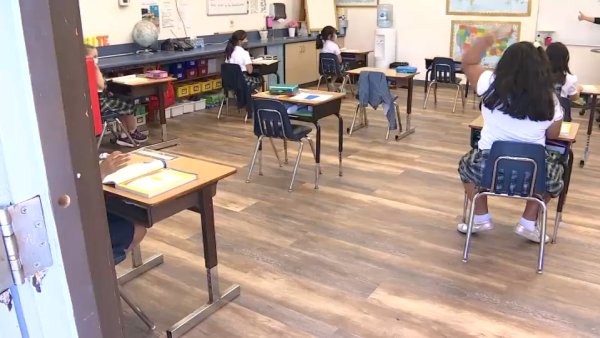 Lupetti said as of last week, she was working as a nanny for a family in the East bay, taking care of two brothers.

"A kid that I nanny went to a daycare where a teacher tested positive and after working with the kid for about three days, I started to show symptoms," she said.

Lupetti said the 3-year-old came down with a fever and soon recovered after testing positive. Her symptoms were mild as well.

"I can't really taste or smell," she said. "I had a really bad headache."

According to new figures released Wednesday by the state's department of social services, nearly 300 cases of COVID-19 were reported in Bay Area child care facilities. Alameda County saw the highest number of cases.

Lupetti said she is living proof that it is just too soon to reopen schools.

"We need to make sure that going back to school is as safe as possible," she said. "Not only for students and teachers, but for everybody they come in contact with."

Madison Mills is another nanny in the East Bay who is trying to navigate the new normal.

"I deal with three families," Mills said. "They come to one house every day."

Mills said families and child care providers need to have open lines of communication and everyone has a duty to keep their social bubbles as small as possible.

"In this situation, I feel pretty good and secure I trust the families I'm working with," Mills said.