“This disease has not been extinguished. It’s not vanished; it’s not taking the summer months off,” Newsom said

Most of California’s coronavirus restrictions on businesses and public gatherings will end June 15. But Gov. Gavin Newsom said Friday that he’s not ready to give up the broad powers he has to impose those rules, saying he will keep a statewide state of emergency declaration in place.

Newsom first declared a state of emergency on March 4, 2020. He has the power to do that under the California Emergency Services Act, a series of state laws designed to help the government act quickly in times of crisis.

The declaration means California can be reimbursed from the federal government for many of its pandemic-related expenses. But it also gives Newsom authority to suspend state laws and impose new rules. Since declaring this emergency, Newsom has issued at least 58 executive orders to alter or suspend hundreds of laws because of the virus. 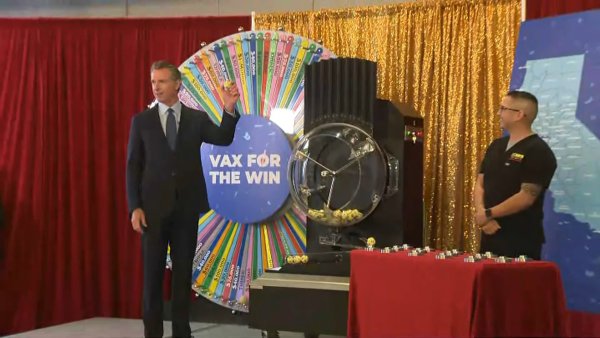 Most Vaccinated California Workers Must Keep Masks on

Those included suspending a law requiring employers to post notices in the breakroom because everyone was working from home. He altered public meetings laws to let local governments and the state parole board meet remotely.

Other changes were more significant, including issuing a statewide stay-at-home order that forced many businesses to close and halted public gatherings like concerts, sporting events, graduations and weddings.

Friday, Newsom reiterated his commitment to lifting most coronavirus restrictions on June 15. But he noted variants of the virus are still spreading that, combined with varying vaccination rates in other states and countries, could require him to issue new restrictions in the future.

“This disease has not been extinguished. It’s not vanished; it’s not taking the summer months off,” Newsom said.

Newsom has the authority to end the state of emergency himself. The state Legislature can also end it by passing a concurrent resolution. Republicans in the state Senate, led by Sen. Melissa Melendez, have tried repeatedly to force a vote on such a resolution, but Democrats, who have a majority of seats, have blocked it.

“California’s vaccination rate is high and the COVID infection rate continues to decrease,” said Melendez, a Republican from Lake Elsinore. “It is time for the legislature to shake off the impotency the Governor has imposed on the legislative branch of government and pass (the resolution ending the emergency).”

State law requires the governor to end the state of emergency as soon as conditions warrant. But the effects of disasters can linger for years. California is still under a state of emergency declaration for a wildfire in 2018 that killed 85 people and destroyed most of the town of Paradise. While the fire is no longer burning, the state is still cleaning up and rebuilding.

The California Emergency Services Act gives the governor power to suspend laws. But recent court rulings have also given the governor authority to impose new laws, according to Keith Paul Bishop, an attorney with the Allen Matkins law firm who was deputy secretary for the now defunct California Business, Transportation, and Housing Agency during the Northridge earthquake in 1994.

“It’s a much bigger expansion of authority if you can make laws,” he said.

Anger over some of Newsom’s executive orders issued during the pandemic prompted more than 1.6 million voters to sign a recall petition, meaning the governor will likely face an election later this year to determine whether he can stay in office for the remainder of his term.

Since the recall effort gained steam, Newsom and the Legislature have authorized $2.3 billion in cash payments for low-income adults, with plans to give another $8.1 billion in rebates to most taxpaying adults later this year. And he has pledged to give out more than $100 million in incentives for people to get vaccinated.

Friday, Newsom answered criticism that those decisions were driven by a desire to build goodwill among voters and avoid an early exit from office.

“Every single decision I have made is consistent with the work I’ve done for decades and what I campaigned on,” Newsom said, noting that he has instituted a “health first” approach.

State Senate Republican Leader Scott Wilk scoffed at that sentiment, saying that if Newsom believes the state is safe enough to reopen on June 15 “then it’s safe enough for people to be able to make decisions for themselves without his arbitrary and capricious rules.”

“I believe it is time for him to hang up his crown and restore our democracy,” he said.