In a stunning development, Santa Clara County prosecutors have dropped the 1989 cold case homicide against two brothers charged with strangling one of the men's wives whose body was found wrapped in a patchwork quilt, the District Attorney announced Tuesday.

In a statement, District Attorney Jeff Rosen said there are two reasons the case against David Zimmer of Half Moon Bay and Robert Zimmer of Santa Clara are being dismissed: One, because the prosecutor originally assigned to the case had an "undisclosed and improper relationship with the case's criminalist." And two, the prosecutor failed to provide evidence to the defense in a "timely fashion," Rosen added.

The district attorney offered his "deepest apologies" to Cathy Zimmer's family, but he said the "integrity of the case" had been prejudiced. Rosen kept open the possibility that he may refile the charges, saying prosecutors are now going to "reassess" the case. 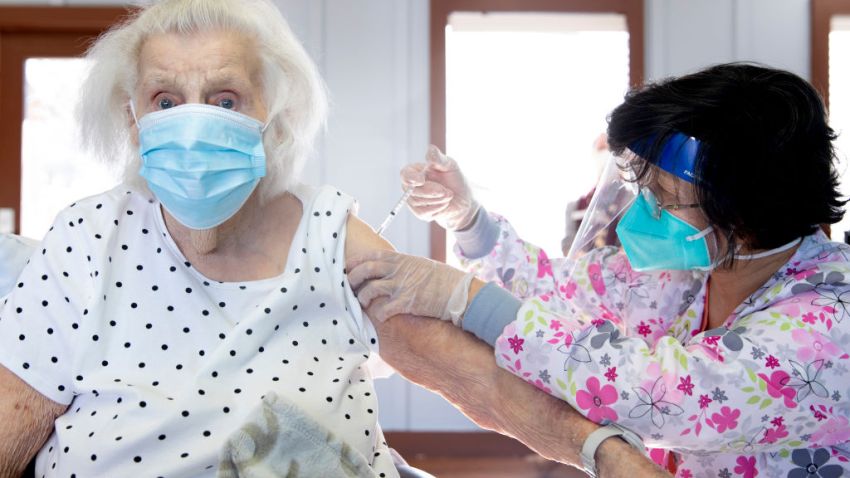 The last time the District Attorney's Office dismissed a high-profile murder case was seven years ago.

David Zimmer's attorney, Michael Cardoza, said the case should have been thrown out in the first place, not based on a technicality, but because the evidence against his client and his brother was so weak.

"David is an engineer," Cardoza said in a phone interview. "He's analytical and people misinterpret how he speaks, as though he didn't act appropriately after his wife's death. David just wasn't one of their (police officers') favorite people."

David Zimmer's incarceration had a "devastating" effect on his client, who Cardoza said is "innocent of this murder."

As for who might have killed Cathy Zimmer, Cardoza said: "I have no idea. That's not my job."

Steve Defilippis, who represents Robert Zimmer, was not immediately available for comment on Tuesday.

In September, the Mercury News was the first to report that Deputy District Attorney Ted Kajani was taken off the case for having a "physical and emotional" relationship with crime lab technician Amanda Cardenas, whom he put on the stand twice to testify about DNA tests.

At the time, the DA's office told the Mercury News the revelations did not undermine the DNA results, which had been reviewed by two other crime lab analysts.

David Zimmer, 66, and his brother Robert, 70, were arrested in March in connection with strangling David's then-38-year-old wife Cathy, whose body was found wrapped in a quilt in the back of her car parked at San Jose International Airport on March 10, 1989. Two days earlier, she was last seen at San Jose State University, where the mother of two was taking business courses. NBC Bay Area was the first to report that the cold case was being reopened after 25 years.

Kajani had previously said that David Zimmer had a financial motive to kill his estranged wife and that DNA evidence, as well as statements, implicated Robert Zimmer.

Prosecutors contended that David Zimmer collected $409,000 from the sale of his and Cathy's house on Venice Way in San Jose and two life insurance policies covering Cathy at the time of her death. David and Cathy Zimmer separated in November 1988 after David started a relationship with a female co-worker that July, court documents show.

"They thought he had sold his house a little too soon," Cardoza said.

In 2012, the district attorney's crime lab reported that Robert Zimmer was a possible contributor to a mixture of DNA from a swab taken from the zipper and button of pants worn by Cathy when her body was discovered wrapped inside a colorful quilt. But in a statement last January to an investigator, Robert Zimmer said he did not recall ever being alone with Cathy in her car.

Before the improper relationship was disclosed, Cardoza began poking holes in the case. Cardoza said the prosecutor was using emotion and misleading DNA evidence against his client.

Cardoza added in a previous interview that the DNA found on Cathy's pants was indirect "transferred DNA" that she could have picked up after touching something Robert Zimmer had and was not evidence that he touched her himself.

David Zimmer had bail set at $1 million but has been out of  custody. A judge set Robert Zimmer free on Tuesday afternoon.

The dismissal is "highly unusual," legal analyst Steven Clark said, noting it's especially because the reason is for "one of its own" in reference to the DA's office.

The Mercury News said the last time the DA dismissed a high-profile murder case was in 2007. That's when then-DA Dolores Carr dismissed the charges against Maurice Nasmeh in the death of Jeanine Harms, the Los Gatos woman who disappeared in 2001.