Developing for Democracy: How an App Could Get More People to Vote

Long before Zoom yoga and FaceTime happy hours were a thing, Brian Fox and David Henkel-Wallace had teleworking all figured out.

"We've been collaborating electronically since the 1980s, over the internet," Henkel-Wallace said. "Far before there was even a World Wide Web."

The two were early players in the movement to promote open source software: apps and operating systems that are built collaboratively by a community of developers, and are free to distribute and modify.

"We literally would have customers who would tell us to our faces, 'You guys are idiots ... for giving away your source code,'" Henkel-Wallace said, as Fox nodded in agreement on a monitor next to him, joining the conversation via Zoom from his home in Santa Barbara.

Decades later, open source software has become the foundation of the internet. Android and Linux are open source operating systems, and even historically-secretive Apple has open source components running under the hood of its devices. But there's one thing that isn't open source yet: Elections. Fox and Henkel-Wallace want to change that.

"It gives you multiple things," Henkel-Wallace said. Most importantly: "Trust. Because the people on the election committee or individual voters can go look for themselves to see how the software works."

Trust in election results has been a looming question swirling around this year's contest for the White House, even back in February at the RSA cybersecurity convention in San Francisco. Exhibitors showed off case studies of campaign and party security breaches, and technologies made to keep voting machines and memory cards from being tampered with.

More recently, those concerns resurfaced during the first presidential debate.

"This is going to be a fraud like you've never seen," President Trump said when asked whether he'll accept the election results if they don't go in his favor. "As far as the (mail-in) ballots are concerned, it's a disaster."

President Trump's allegations that mail-in voting can lead to fraud are unfounded, and numerous experts have testified to the contrary. But Fox and Henkel-Wallace, who are already working on open source vote-counting systems for local governments that could eventually include San Francisco, saw a need that couldn't wait for another four years.

"So, let's quickly figure out something that people could use today, to feel more confident about the election process," Henkel-Wallace said.

In a matter of weeks, the two assembled a small team and developed an app they believe will help restore enthusiasm and confidence in the 2020 general election.

"It's called 'My Vote Counts,'" Henkel-Wallace explained. "Because your vote counts!"

The app, which is open source, asks users for no identifying information other than the state they live in. Based on that choice, it can provide information about polling places, registration and mail-in voting procedures, and give notifications when important deadlines are approaching. At each step of the way, it gives users a chance to share their participation in the voting process with friends on social media.

In a step beyond sharing with everyone, the app also allows users to share their promise to vote with individual friends and family members.

"I believe that people will follow through on promises they make to their loved ones," Fox said. "Even if you're super tired that day and it's far away, your local polling place is closed, you have to drive somewhere else, you will still do it because you made that promise."

"If Brian sends me a note saying, 'Hey, I voted — have you?' That makes a big difference to me," Henkel-Wallace agreed.

The two believe generating excitement in social circles is one key to getting the vote out, but another is convincing people their votes will be counted, and will help decide the election.

That's the second main purpose of the app: publicly surfacing anonymous data about the voting process over the weeks leading up to Election Day, to provide some measure of transparency.

"If you've got a mail-in ballot, your phone will be able to take the content of that ballot and upload it to the web — again, completely anonymously," Henkel-Wallace said.

With just a few clicks, modern smartphone cameras can scan a paper ballot with enough detail to allow software to interpret it, giving visitors to the My Vote Counts website running tallies for some important contests long before Election Day arrives.

"Having people upload their ballots is a beautiful thing," Fox said. "What if 3 million ballots in State A were uploaded, and yet only 2 million ballots are counted (by election officials)? There's a big discrepancy there that should be examined."

The website will also keep a tally of those who anonymously report through the app that they encountered problems voting — whether it's a missing mail-in ballot, long lines at polling places, or poll watchers whose behavior appears to cross a line.

"You can say, 'I had a problem voting,' and you can say what the reason is," Fox explained while demonstrating a prototype version of the app via Zoom. "You can also say, 'I felt intimidated,' and then say more about that. And when you share this information, you're totally anonymous. You're just a random person who had a problem voting."

In some jurisdictions, the two said, academic researchers or voting rights advocacy groups may be able to contact voters through the app to follow up on those reports, using anonymous messaging.

"You can say, 'You can contact me,'" Henkel-Wallace explained. "We still don't need to know who you are. We know that this phone will need a notification (if) someone wants to contact (the phone's owner). We don't know who holds that phone."

The app is the beginning of what Fox and Henkel-Wallace believe is a long but worthwhile journey to get more Americans excited about voting, and convinced that their votes will help determine the nation's future.

"If 20 people vote, then 20 people are deciding what's gonna happen in the governance of this country," Fox said. "The more people that vote, the more likely it is that we're building what we should be building: a government by the people, for the people, of the people." 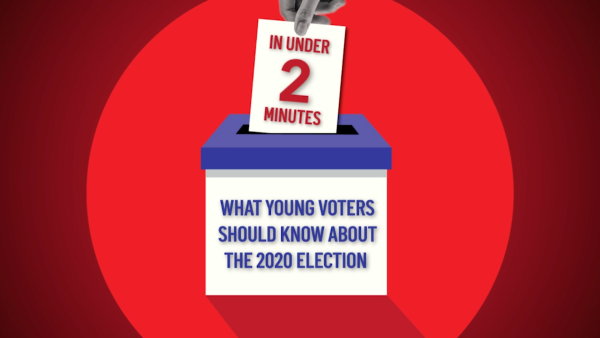 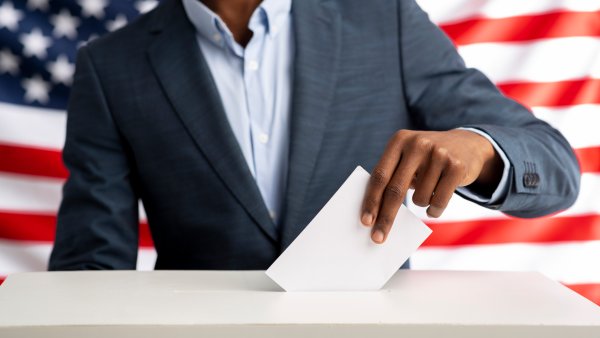