San Leandro police and Fitbit worked together to give an elderly Asian man a replacement workout band after his was stolen when he was attacked earlier this month.

Detectives on Tuesday met with the victim and his son to hand over the new Fitbit, police said.

"Because of the outpouring of support from community members and media coverage this crime garnered, Fitbit Inc. reached out and offered to replace the victim's workout band," police said in a statement. 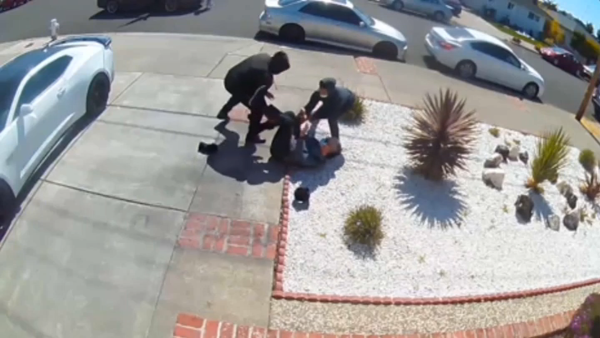 The attack, which happened May 8, was captured on surveillance video, with the attackers heard laughing as they fled the scene.

Police arrested an 11-year-old and a 17-year-old in connection with the robbery.