The mass COVID-19 vaccination site at the Oakland Coliseum is not going anywhere.

After mounting pressure from East Bay officials and Monday's nudge from Vice President Kamala Harris, Gov. Gavin Newsom said Tuesday the site will remain open even after FEMA wraps up its formal mission on Sunday.

Newsom's office said the site will remain open for the next four weeks. The men and women who have been administering shots since February will remain on site, as well as the equipment used to keep the site running.

"It will be a seamless operation," Newsom said. "The only change is that we’re not going to get the direct allocation of vaccines from the federal government."

But that’s part of the reason why the site was so successful in averaging 6,000 vaccinations a day. While counties were waiting for vaccine supplies from the state, the site always had a reliable supply from the federal government. 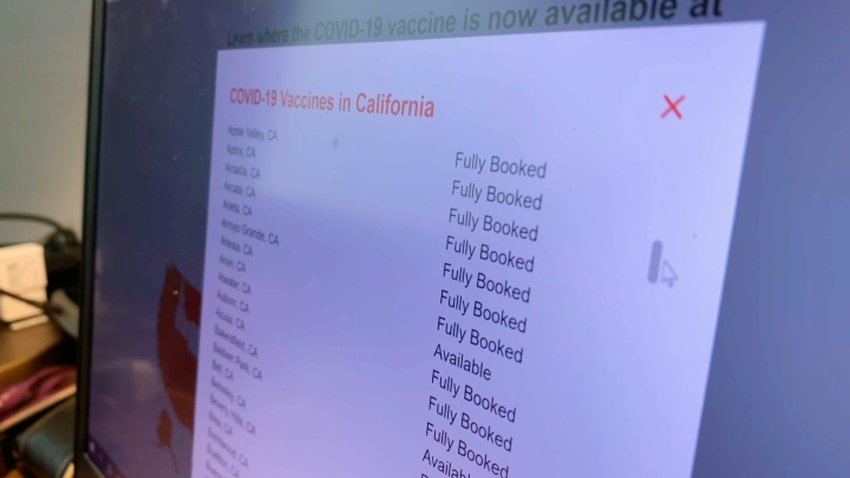 race for a vaccine Apr 6

Is It Getting Easier to Book COVID-19 Vaccine Appointments?

Newsom said it’s now going to be up to Alameda County and Contra Costa County to fill that vaccine hole FEMA leaves behind.

"They held to their word and now we’ll be taking over at least the vaccine supply component and matching it with the counties," Newsom said.

A spokesperson for the Alameda County Public Health Department said, "We’re interested in leveraging the existing infrastructure built by CalOES and FEMA; and, as the Governor noted, steady and predictable vaccine supply is necessary to ensure the site is sustainable and meets local needs."

Contra Costa County Supervisor John Gioia said the two counties are currently figuring how many doses they can hand over to the site while also meeting the demand from dozens of smaller vaccination sites.

"The Oakland Coliseum site is great, but it does not replace the several mass vaccination sites we have in Contra Costa," he said.

race for a vaccinecoronavirusCOVID-19OaklandOakland Coliseum