CHULA VISTA, Calif. (AP) -- Police in Mexico have announced the arrests of four men in connection to the killing of a U.S. Border Patrol agent as their counterparts in the United States search hospitals for suspects possibly wounded in the first such shooting in more than a decade.

The men detained in Mexico are allegedly part of an immigrant smuggling ring, and 21 people were found with them when police detained them and seized four guns near Tecate, Mexico, said Elias Alvarez Hernandez, coordinator of federal police in Baja California state.

During a news conference Saturday, Mexico police did not say what evidence they had against the four, whom they identified as Jose Quintero Ruiz, 43, and his brother Jose Eugenio Quintero Ruiz, 49, and taxi drivers Jose Alfredo Camacho, 34 and Antonio Valladares, 57.

The FBI is still not talking about an arrest in the San Jose Friday at O'Connor Hospital that is also believed to be connected to the agent's death.

Jerry Garcia was at O'Connor around 3:30 p.m. Friday.  He said he saw more than a dozen unmarked vehicles belonging to federal authorities converge in the parking lot. Garcia said the federal agents were being real cautious about who was coming in and out of the hospital.

A U.S. Immigrations and Customs Enforcement spokesperson told NBC Bay Area News, she could not give out details and referred questions to the FBI.

However, she did not deny the presence of ICE and FBI agents at the hospital. A hospital spokesperson confirmed a man had been treated and then released to federal authorities. Other Bay Area law enforcement agencies, speaking on condition of anonymity, say the person taken into custody was somehow associated with the case. 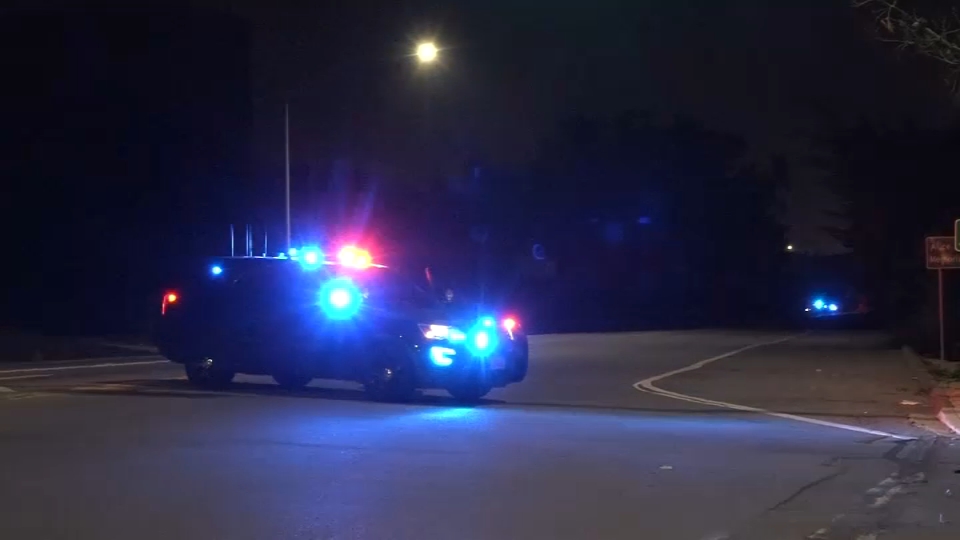 If the man taken into custody was injured in the border agent killing, he choose to drive 440 miles before getting any treatment for his injuries.

This case started on Thursday night. That's when border patrol agent Robert Rosas was killed while responding alone to a suspected border incursion near Campo, a town in rugged, arid terrain in southeastern San Diego County. He was shot in the head and body and was dead when other agents arrived, said Keith Slotter, special agent in charge of the FBI's San Diego bureau.

On Saturday, the FBI was still not commenting as the coordinator of federal police in Baja announced the new arrests south of the border.

Alvarez said that one of the suspects told police that a man detained Friday with a handgun had shot Rosas. Tecate police said Friday they had arrested 36-year-old Ernesto Parra Valenzuela near the crime scene with a Border Patrol-issued weapon after the shooting, according to the Los Angeles Times.

The man, who was injured, was taken to a hospital, according to a news release. Federal investigators have said they notified hospitals on both sides of the border to be on alert for patients with suspicious or unexplained injuries.   This is not the same person who was taken into custody in San Jose.

Investigators have said blood evidence at the scene indicated at least one culprit and possibly others had serious injuries, perhaps by gunfire. They didn't know how many shots were fired, if Rosas fired any shots himself, or how many guns were used.

But FBI spokesman Darrell Foxworth told The Associated Press in an e-mail late Saturday that he could not confirm or comment on any arrest reports. The bureau did not return calls left throughout the day.

American officials have expressed concerns that the drug cartel battles plaguing Mexico could spill into the United States with the targeting of U.S. law enforcement officials. Slotter said investigators aren't ruling out the possibility that Rosas was slain by drug smugglers or even human smugglers.

Arturo Sarukhan, the Mexican ambassador to the United States, said Mexican law enforcement agencies are cooperating in the case.

"This is a tragic example of the violence we keep facing at our common border as President (Felipe) Calderon continues to roll back transnational organized crime, and underscores the need for both our countries to keep working as full partners to guarantee the safety and security of those living on both sides of our border communities," Sarukhan said in a written statement Saturday.

Rosas was the first Border Patrol agent to die in a shooting in more than a decade, according to The Officer Down Memorial Page Inc., which tracks fallen officers using information provided by law enforcement agencies. Another agent, Luis Aguilar, was intentionally run over by a fleeing man driving a drug-laden Hummer in January 2008.

Authorities could not confirm reports that he called for backup and then went ahead before anyone arrived, but said it isn't unusual for agents to work alone along the border.

Since 1919, 108 Border Patrol agents have died on duty, according to The Officer Down Memorial Page. Gunfire was the leading cause with 30 deaths, followed by automobile accidents and aircraft accidents.

The FBI is offering a $100,000 reward for information that leads to the arrest and conviction of the killer or killers.