A Richmond police officer resigned Wednesday after the department was sent photos of him posing at a Halloween party next to a man dressed in a makeshift Ku Klux Klan costume, Richmond police Chief Chris Magnus confirmed.

Ben Murdoch, 27, who was dressed as a rock star, and a man in a white sheet and conical hat had their arms raised in what appeared to be Nazi salutes.

The Ku Klux Klan costume did not include the infamous hood worn by actual Klansmen and the man's face was fully visible, according to Murdoch's attorney Mike Rains.

Rains said Murdoch was embarrassed by the photos and "sad that he had done anything to affect the image of the Richmond Police Department." 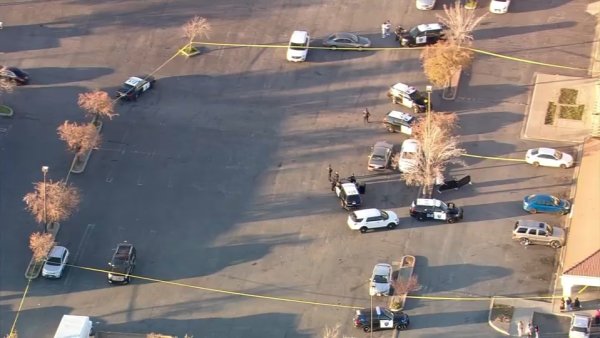 Murdoch had been with the department for just under a year, Magnus said.

The department received a complaint about the photograph Tuesday and immediately placed Murdoch on administrative leave while the internal affairs bureau looked into the allegations, Magnus said.

Magnus said he believed Murdoch's behavior could be "deeply offensive to a majority of people" and that it showed "poor judgment and a lack of maturity."

"I really don't feel that this behavior is reflective of the Richmond Police Department," Magnus said. "A lot of people choose to work here because it is a multicultural and multiethnic department."

Rains said that despite appearances, the party "was about as benign a situation as anyone can imagine."

The party came about because Murdoch, who was not scheduled to work last weekend, decided to throw a Halloween party with his roommates. The only rule was that you had to wear a costume, Rains said.

The man who showed up wearing the Ku Klux Klan costume holds a degree in international relations and is a "very liberal guy" who is committed to fighting for civil rights, which was why his costume was considered humorous, Rains said.

Murdoch is not the type of person who would ever participate in any discriminatory behavior, Rains said.

The incident may been whipped into a bigger issue than it merited in part because of the long history of racial tension within the department, Rains said.

Magnus is also the subject of an active civil lawsuit filed in 2006 by six members of the department's command staff. The complaint alleges that Magnus and former Deputy Chief Lori Ritter made racist comments and denied promotions to the six senior officers, who are all black men.