Supervisor Aaron Peskin said he was launching a fundraising campaign with a goal of raising $500,000 to help crab fisherman put down payments on new gear in time for the start of the next crab season, which opens Nov. 15. Peskin said the aim of the fund was to allot $40,000 to each of the fishermen who lost gear in the 4-alarm blaze.

"We will start dispersing those grants to the 29 individuals," Peskin said, touring the debris site Tuesday along with Mayor London Breed. "We need them to get back on their feet."

On top of the fundraising effort, the San Francisco Port Commission planned to vote on a series of low-interest loans for fishermen that would enable them to quickly purchase new gear. Breed said fishing was intertwined in San Francisco's identity and required a swift response.

"People come here for that, and I want to make sure a time-honored tradition continues," Breed said.

San Francisco Fire Chief Jeanine Nicholson said fire investigators believe they've pinpointed the origin of the fire to a spot on the east side of the building. An inspector pointed to the area now marked off with yellow caution tape, not far from where the historic Jeremiah O'Brien Liberty ship had been docked, narrowly escaping damage from the fire.

Investigators said they are still waiting to get into the site with heavy machinery to identify the cause of the fire. Nicholson said investigators hoped to get the equipment into the building's wreckage in the next week to begin peeling back layers of twisted metal and debris in the search for clues.

Whatever the cause, crab fisherman John Mellor bemoaned the fire, which wiped out his entire inventory of crab traps which he had painstakingly set up by hand over the years.

"You almost know each trap by name," Mellor said. "So, to see them all in a pile of junk hurts me every day."

Mellor and other fishermen were racing to find companies that could manufacture enough new traps — quickly enough — to allow them to get ready for the start of the Dungeness crab season.

"If you order them two months from now, by the time you get them, you can't get them ready to go fishing in November," said John Barnett, president of the Crab Boat Owners Association.

Barnett was among the fishermen who lost gear in the fire.

"Everything but the permits to fish crab were in there," Barnett said. "I lost everything." 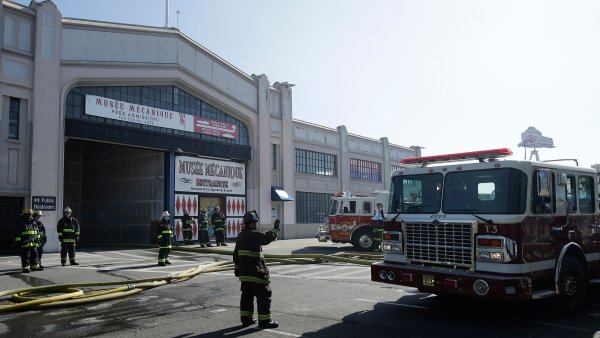 Cause of SF Pier 45 Fire Remains Under Investigation 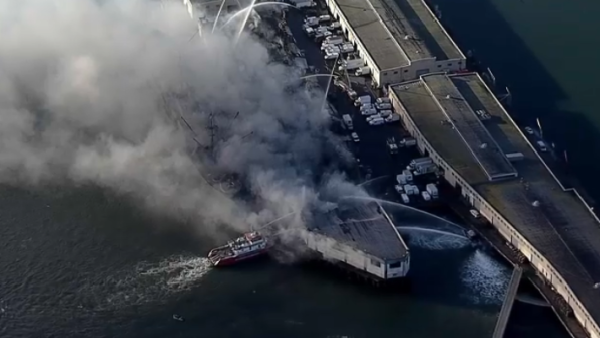 Independent of the city's fundraising effort, the Crab and Salmon Boat Owners Association launched a GoFundMe campaign that had already raised more than $90,000 to help replace gear, which was largely uninsured.

Mellor said he was appreciative of all the fundraising, which would help him out at a time when — on top of everything — his boat was going into the shop for a new engine.

"We can't turn down any help at this point," Mellor said. "It's a lot we have to deal with."