It seems every few days in the Bay Area, we're presented with surveillance footage of mountain lions, raccoons and coyotes wandering through someone's front yard in an urban neighborhood.

With California still in the grips of drought, many wonder if the critters are venturing out of their cozy habitats and into human habitats seeking water. The answer, according to some experts is, well, "kinda yes" and "kinda no."

Wildlife officials at both the state and county levels said they've recorded a slight uptick in calls for animal-related services over the last year-and-a-half as the state's rain-less skies have left its reservoirs and streams dry and parched.

"The consensus is among the wildlife community and among our scientists is that there’s a slight increase in wildlife activity in urban areas," said Ken Paglia, spokesman with the California Department of Fish and Wildlife.

Scientists believe the reasoning for those increases in activity is due to wildlife heading into urban areas in search of water and food – or chasing prey searching for water and food. Their internal survival instincts have pushed them to expand their terrain, pushing them further into the lands of manicured lawns and Amazon deliveries.

"We do tend to see a little bit more animal intakes during times of drought," said Danielle McGuire, Director of Animal Care at the Sonoma Animal Rescue in Petaluma. "It tends to drive them closer to humans."

McGuire said the impact of wild animals extending their boundaries into civilization is they're increasingly hit by cars, more likely to be involved in conflict with people – and because animals gather together in more concentrated areas during drought – are more likely to spread diseases.

"California, the wild areas are shrinking," McGuire said. "So, they’re bound to come into contact with people at some point." 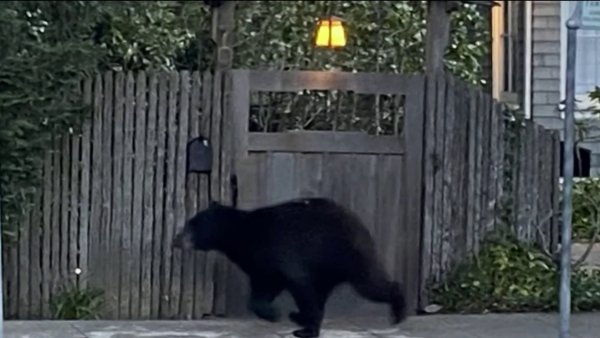 The loss of habitat through development and California's now-annual mega-wildfires could also explain why wildlife is turning up in urban areas. Driven out of their forests and open space, critters are venturing into unknown territory with a greater possibility of becoming lost or coming into contact with people and their pets.

But Paglia believes there's also a more human explanation for the seemingly more frequent reports of critters in our neighborhoods – technology.

"You get a lot of people who are capturing images of wildlife on their cellphone and they post it on Nextdoor, they post it on social media," Paglia explained. "And all of a sudden that becomes a topic of conversation in the community."

The rise in home security cameras is indeed a likely culprit behind the constant stream of grainy night videos showing mountain lions sauntering across lawns or coyotes hanging out in driveways.

Just over a year ago, a juvenile mountain lion was captured on numerous surveillance cameras making his way through San Francisco neighborhoods over two days before he was finally captured. The animal, which wildlife experts believe was merely lost, was re-released on the Peninsula where it was fatally hit by a car.

Other unusual animal encounters include a black bear that wandered into the Marin County town of San Anselmo in May and climbed up a tree a block from busy downtown. The bear eventually climbed down on its own and walked off on his merry way into local lore. Animal experts chalk up the bear's unusual visit to confusion rather than the drought. But some wonder if more unusual animal behavior is ahead as climate change throws the normal into disarray.

"Climate change is really important for wildlife," said Capt. Cindy Machado, Director of Animal Services at Marin Humane. "It really forces wildlife to be more transient in finding their resources, maybe stretching out of their home territories."

Between wildfires, drought and sudden torrential rainstorms, it's evident that climate change is already upon us, throwing unknowns to both humans and animals. And while many are concerned about how the critters will fare with the changes, Paglia has faith they'll ultimately figure it out.

"Wildlife are resilient, they know what to do," Paglia said. "They know how to leave, they know exactly when to come back."