The heaviest rain is yet to come, forecasters said, and a wind advisory for the South and East Bays is extended until 4 p.m.

An atmospheric river continued to drench the Bay Area on Monday morning, flooding roadways and bringing gusty winds to parts of the region.

Totals for the last 48 hours show heavy rain in some locations around the greater Bay Area, with Mt. Tamalpais in Marin County topping the list with 9 inches as of 6:30 a.m. Monday and Ben Lomond in Santa Cruz County with nearly 5 inches, the National Weather Service said.

The heaviest rain is yet to come, forecasters said, and a wind advisory for the South and East Bays is extended until 4 p.m. 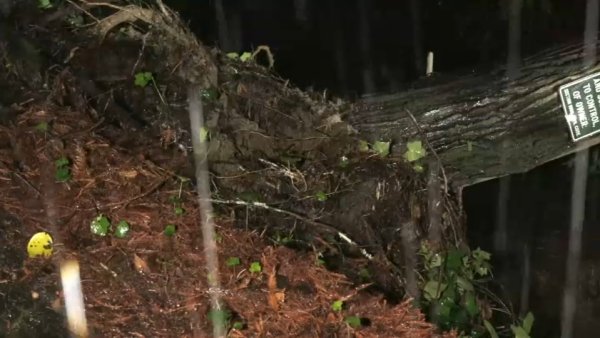 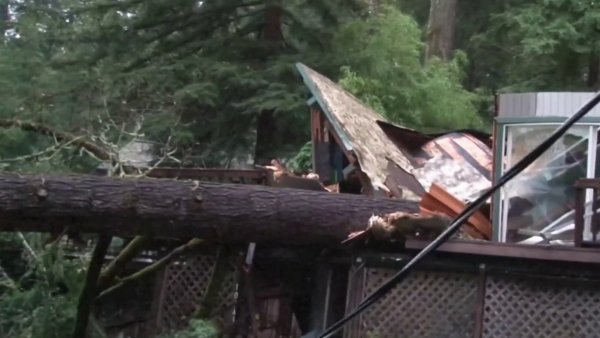 Rain, Snow Fall as California Braces for Brunt of Storm

A high wind warning is still in effect for Monterey and San Benito counties through 9 p.m. Monday. The strongest gusts will be along the coast and in the hills, forecasters said.

There is a flash flood watch in effect for the Dolan and Coleman burn scars in the Big Sur/Santa Lucia portion of Monterey County through 1 a.m. Tuesday.

On Sunday night, Caltrans closed Highway 1 on the Big Sur Coast, between Ragged Point in San Luis Obispo County and Deetjen's Big Sur Inn in Monterey County. The closure is expected to remain in effect until Tuesday.

Shortly before 7 a.m., BART was reporting a 10-minute delay systemwide due to wet weather conditions. In Berkeley, westbound Ashby Avenue is closed Monday morning near Interstate Highway 580 due to flooding, police said.

For traffic updates on other state highways in Monterey and San Luis Obispo counties, call Caltrans district 5 public affairs at (805) 549-3318 or go to https://dot.ca.gov/caltrans-near-me/district-5.