Biden to Take Oath Outside Capitol Building Amid Virus Restrictions

Biden's team is urging supporters not to come to Washington, D.C., to celebrate the inauguration, which will be limited during the pandemic.

President-elect Joe Biden and Vice President-elect Kamala Harris will take their oaths of office outside the U.S. Capitol building as inauguration planners seek to craft an event that captures the traditional grandeur of the historic ceremony while complying with COVID-19 protocols.

Biden's team released some broad details for the Jan. 20 event on Tuesday. They're proceeding with the plans without any assurances that outgoing President Donald Trump will participate.

The president, who continues to make unproven claims of widespread voter fraud, has not yet told current and former White House aides whether he will attend Biden’s inauguration. While many had assumed he would skip the event after his loss, some now do expect him to make an appearance for the sake of tradition, even if he tries to overshadow the event by, perhaps, announcing the launch of his 2024 campaign just before. 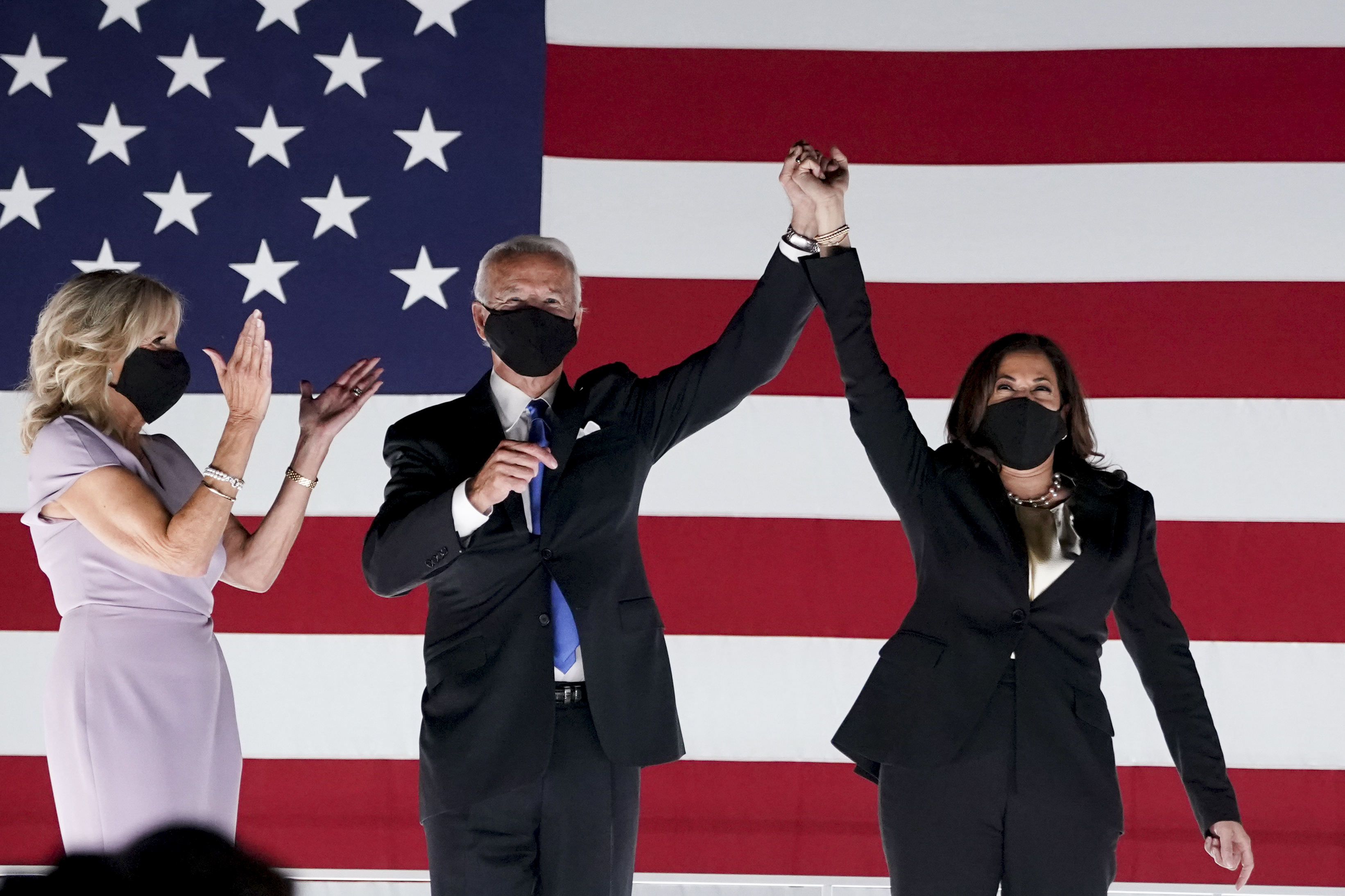 Despite this week's rollout of the new vaccine, its availability to the general public is still months away. Biden's team is urging supporters not to come to Washington, D.C., to celebrate the inauguration.

“The ceremony’s footprint will be extremely limited, and the parade that follows will be reimagined,” Biden's inaugural committee said in a statement.

After the swearing-in ceremony, Biden will deliver an inaugural address that “lays out his vision to beat the virus, build back better, and bring the country together,” the statement said.

The committee announced that Dr. David Kessler, a former Food and Drug Administration commissioner, had been named as chief medical adviser for the inauguration.

“The pandemic is continuing to have a significant public health impact across the nation," Kessler said. "We are asking Americans to participate in inaugural events from home to protect themselves, their families, friends, and communities.”

As it seeks to retain some of the traditional touchstones of the event and imagine new pandemic-era aspects, the committee is turning to the same production team that handled this year's Democratic National Convention. Features of that convention, such as the virtual roll call from every state, may be incorporated.

It's still unclear whether other traditional inaugural events, such as a luncheon with members of Congress or a pre-ceremony tea with the outgoing president, will happen this time.

The presidential face-to-face is up in the air due to Trump's ongoing maneuvering rather than any virus concerns. The outgoing president still refuses to concede the election. When asked in a Sunday Fox News interview whether he would participate or attend, Trump said, “I don't want to talk about that.”