The US Wants to Sell Oligarchs' Assets to Help Ukraine. It Just Needs This Law First

The Biden administration on Thursday called on Congress to enhance U.S. authority to liquidate assets seized from Russian elites

President Joe Biden doesn't want to just seize the yachts, luxury homes and other assets of Russian oligarchs, he wants to sell off the pricey goods and use the money to help rebuild Ukraine.

He's asking Congress to streamline the process to allow that to happen.

In the latest attempt to pressure Russia to end its war and to pay for the enormous costs of defending Ukraine, the Biden administration on Thursday called on Congress to enhance U.S. authority to liquidate assets seized from Russian elites — the “bad guys,” as Biden called them.

A look at what's afoot:

What's Already Being Done in Congress for Ukraine?

The House on Wednesday passed the Asset Seizure for Ukraine Reconstruction Act, with only four lawmakers voting against the measure. The bill, which now goes to the Senate, would allow the president to confiscate and liquidate property owned by sanctioned individuals. The money could only be used for specific purposes.

The package that Biden sent to Congress goes further to create a new criminal offense, making it unlawful for anyone to knowingly own proceeds directly obtained from corrupt dealings with the Russian government. Additionally, property used to facilitate sanctions violations would also be eligible for seizure.

The White House says the new tools make sanctions more difficult to evade and the administration said it wants to use the money “to remediate harms of Russian aggression toward Ukraine.” 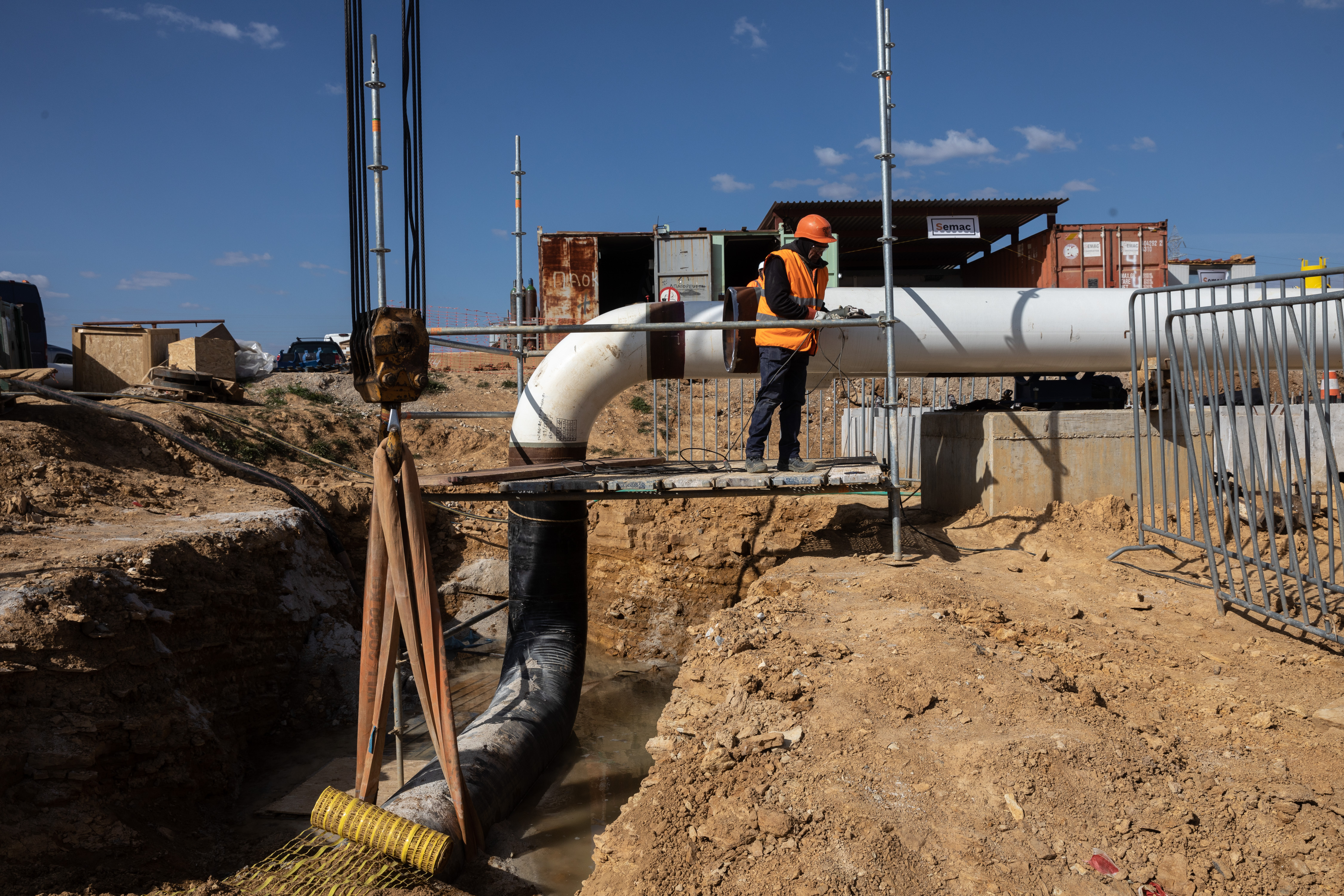 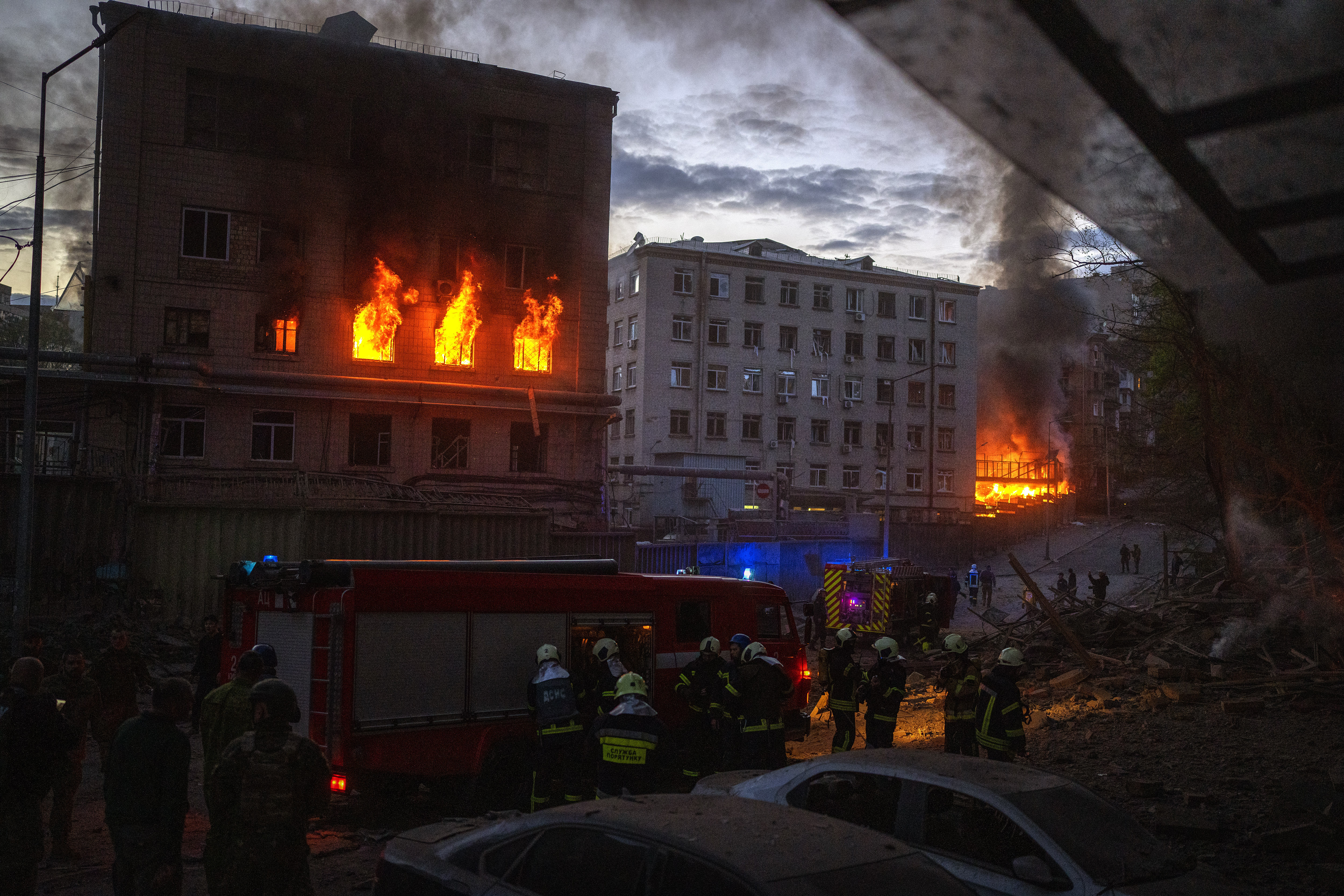 Why Does the Government Need Legislation?

Under current federal law, only the Justice Department has the authority to determine how seized funds can be spent. And there are strict rules on who can benefit from seized proceeds. The Biden administration wants to make it easier for officials to decide how to use the proceeds of the blocked and seized property.

Ryan Fayhee, a former Justice Department prosecutor who now works in private practice on sanctions cases, said that because of the nature of the U.S. sanctions program, “we could see a lot of lawsuits as there’s a process one could take to challenge the forfeiture itself and they absolutely will,” anticipating sanctioned oligarchs' future litigation.

How Much Has Already Been Seized?

The White House says the Treasury Department has sanctioned and blocked vessels and aircraft worth over $1 billion, and has frozen bank accounts containing hundreds of millions of dollars of assets belonging to Russian elites.

Merrick Garland spoke after authorities seized a yacht from a Russian oligarch in Spain.

How Can the Money From Seized Assets Be Used?

Among other proposals, the administration's package extends the statute of limitations of money laundering investigations based on foreign crimes from five years to 10 years, adds sanctions evasion to the definition of “racketeering activity” in the Racketeer Influenced and Corrupt Organizations Act and would enhance the government's powers to work with other countries to recover assets linked to foreign corruption.

The House-passed Asset Seizure proposal is more limited than the president's proposal, where confiscated funds could only be used for specific purposes, including post-conflict reconstruction of Ukraine, support for Ukrainian refugees, weapons for Ukraine’s military and humanitarian support for the Russian people.

Additionally, the administration could only seize assets within two years of the bill's enactment, and only if Russia remains engaged in its invasion of Ukraine, the president has imposed sanctions on the owner of the assets due to the ongoing conflict and the assets are worth more than $5 million.

Attorneys have said the process of actually liquidating and using the funds could take years.

What About Russian Central Bank Assets?

The package that Biden sent to Congress does not address Russian Central Bank assets.

However, Russia's more than $600 billion foreign reserve fund has been frozen by the U.S. and its allies.

Treasury Secretary Janet Yellen said last week that the prospect of using frozen Russian Central Bank funds to support Ukraine should be considered but “I wouldn’t want to do so lightly,” adding that it would have to be done in consensus with U.S. allies and partners.

In a virtual address to International Monetary Fund and World Bank leaders last week, Ukrainian President Volodymyr Zelenskyy said the proceeds of sanctioned property and Central Bank reserves should be used to compensate Ukraine for its losses.

The West has used "financial nuclear weapons" against Russia, and its economy will really see the worst of the effects of sanctions by the end of the year, says George Washington University professor of international affairs and business Scheherazade Rehman. As 2022 continues, Russia's monetary reserves will run low and there will be shortages and high inflation. That might turn Russians against President Vladimir Putin, Rehman tells storyteller Clark Fouraker.

How Would the New Law on Proceeds From Corrupt Dealings Work?

The Justice Department and Treasury are already targeting the assets of Russian oligarchs who they say have evaded sanctions, including a 254-foot yacht that was in Spain and owned by an oligarch with close ties to Russian President Vladimir Putin.

In order for the Justice Department to seize a yacht, prosecutors must first spell out their case and obtain a seizure warrant from a federal judge. The U.S. government would then need to pay to maintain, transport and dock the mega yachts until they can be sold off at auction.

The funds from the sale flow into the Justice Department’s asset forfeiture fund.

The government wants to use some of the forfeiture funds to support Ukraine, though the law doesn’t currently easily allow for that to happen, Garland said at a House subcommittee hearing on Thursday.