Burr, who has been in Congress for 26 years, including the last 16 as a senator, is one of several Republicans to be censured after Trump's impeachment trial

Michael Whatley, the state party chairman, said the central committee's decision serves as a symbolic gesture of the party's opposition to Burr's action.

“It’s important for the party to go ahead and put out a vote and a statement that it disagrees with Senator Burr’s vote, but in terms of practical impacts, it is just that. It’s a resolution,” Whatley said.

Burr, who has been in Congress for 26 years, including the last 16 as a senator, is one of several Republicans to be censured by state and county parties for voting for Trump's impeachment.

In a 57-43 vote Saturday, the U.S. Senate moved to acquit former President Donald Trump of inciting an insurrection.

“It is truly a sad day for North Carolina Republicans," Burr said in a statement. "My party’s leadership has chosen loyalty to one man over the core principles of the Republican Party and the founders of our great nation.”

The senator announced in 2016 that he would retire from politics after his final term and not seek reelection in 2022. Burr previously voted to dismiss the impeachment trial on the basis that it was unconstitutional to impeach a president who was no longer in office.

But in a move that startled some members of his party, Burr joined six of his GOP colleagues in convicting Trump of “incitement of insurrection.” He then said in a statement that the Senate's vote to proceed with the trial established a precedent that a former president could be impeached.

“I do not make this decision lightly, but I believe it is necessary,” Burr stated. “By what he did and by what he did not do, President Trump violated his oath of office to preserve, protect and defend the Constitution of the United States.” 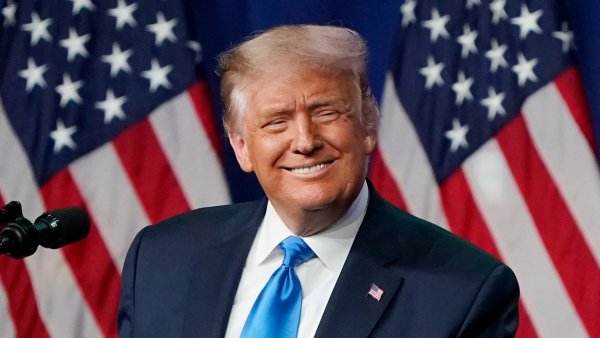 Trump Looks to Reassert Himself After Impeachment Acquittal 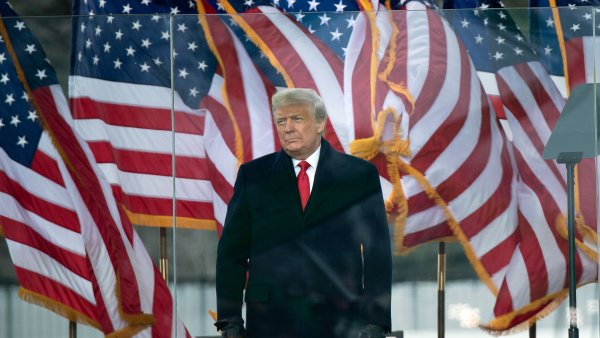 Impeachment Isn't the Final Word on Capitol Riot for Trump

Ultimately, Trump was acquitted of the charge because the 57-43 vote fell short of the two-thirds majority needed for conviction.

Since the Jan. 6 attack on the U.S. Capitol that claimed the lives of five people, Trump has continued to hold influence over state parties. Amid harsh critiques from Senate Minority Leader Mitch McConnell and a growing number of investigations into Trump’s role in sowing discord following his electoral defeat, the former president remains popular with his a vocal segment of the Republican Party, which party officials will need if they want to reclaim the House or Senate in the upcoming midterms.

“The president will have the ability to help excite the base and turn voters out," Whatley said.

The final day of the Senate impeachment trial ended in the acquittal of former President Donald Trump. Here are other key moments from the day.

“Wrong vote, Sen. Burr,” Walker wrote on Twitter. “I am running to replace Richard Burr because North Carolina needs a true conservative champion as their next senator.”

Burr is not the only one who has faced repercussions following his Saturday vote. The Louisiana GOP executive committee unanimously voted later that day to censure Sen. Bill Cassidy for his decision to convict Trump. Pennsylvania’s Republican Party is planning a meeting to potentially censure Sen. Pat Toomey over his vote to convict Trump, according to county party officials.

Burr said in a statement after the trial that Trump “bears responsibility” for the riot at the U.S. Capitol on Jan. 6. Whatley, who served as an elector in the state Trump narrowly won, declined to link the former president's behavior to the violent actions taken by his supporters on Jan. 6 but said “clearly some events would not have taken place” if Trump had accepted the 306-232 vote of the Electoral College in favor of President Joe Biden.

Sen. Mitch McConnell, R-Ky., drew a direct line between former President Donald Trump’s actions and the Capitol Riot, but he said the now-private citizen was ineligible for conviction. “[Trump] was practically and morally responsible for provoking events of the day," McConnell said. “This [impeachment] question is moot because former President Trump is constitutionally not eligible for conviction.”

Republican South Carolina Sen. Lindsey Graham said this weekend on “Fox News Sunday" that Burr's move to convict strengthens the prospects of another Republican who has yet to declare her candidacy for Burr's seat: Lara Trump.

Lara was born along North Carolina's coast in Wilmington and is married to the former president's son Eric. She was active on the campaign trail in 2016 and 2020 and helped garner support for her father-in-law in the Tar Heel state.

Graham told Fox News host Chris Wallace that Burr “just made Lara Trump almost the certain nominee for the Senate seat in North Carolina to replace him if she runs.”

Whatley did not discuss which candidate he'd support in 2022 but spoke positively of Lara Trump when asked whether he'd like to see her enter the race.

“If Lara were to get in the race, I think she would command widespread and immediate attention across the state,” Whatley said.

He also hopes Burr will remain a visible force in North Carolina politics.

“He's been a leader, he's voted right, he has stood up for North Carolina throughout his career and we believe that he will continue to have a leadership role in the party,” Whatley said of Burr's political future. "We're being very careful with the vote tonight to focus on his vote for impeachment after declaring that it was unconstitutional to move forward. We're not rebuking him or going after his record. We're focusing solely on his vote."

Anderson is a corps member for the Associated Press/Report for America Statehouse News Initiative. Report for America is a nonprofit national service program that places journalists in local newsrooms to report on undercovered issues.