49ers vs. Broncos on Sunday Night Football: How to Watch and What to Know

The San Francisco 49ers will be back under the lights of Sunday Night Football this weekend when they take on the Denver Broncos in Colorado.

You can catch all the action right here on NBC Bay Area!

How to watch 49ers vs. Broncos on Sunday Night Football

Tune to NBC Bay Area to catch the 49ers battle the Broncos on Sunday Night Football. Pregame coverage starts at 4 p.m. with Football Night in America. Kickoff is scheduled for 5:20 p.m. 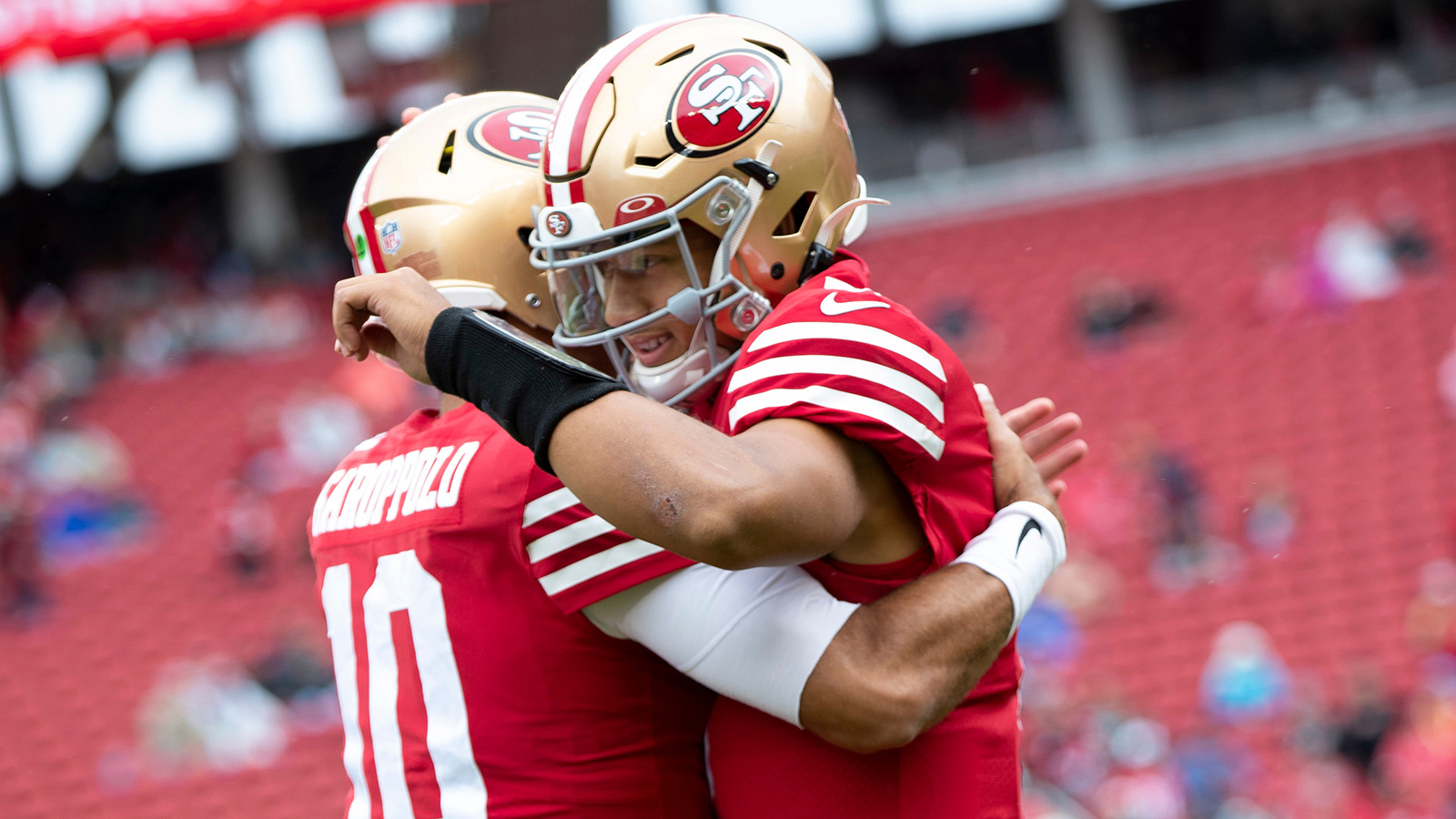 49ers back in the hands of Jimmy Garoppolo

San Francisco enters Week 3 with a 1-1 record. The 49ers squandered a 10-point lead and eventually lost to the Chicago Bears 19-10 on a rain-soaked Soldier Field in Week 1. San Francisco rebounded in Week 2, dominating the Seattle Seahawks 27-7 in Santa Clara.

Quarterback Jimmy Garoppolo is once again leading the 49ers' offense after second-year quarterback Trey Lance suffered a season-ending ankle injury against the Seahawks.

Garoppolo, who replaced Lance late in the first quarter of last weekend's game, finished 13-of-21 passing for 154 yards and a touchdown. He also added a rushing score on a quarterback sneak.

The 49ers were actively trying to trade Garoppolo this past offseason, but they never found a trade partner. The 30-year-old quarterback, who's coming off offseason shoulder surgery, ultimately agreed to a restructured one-year deal with the team he's been with since 2017.

49ers star tight end George Kittle has been removed from the injury report and is expected to make his season debut against the Broncos. Kittle missed the first two games of the season with a groin injury.

The Broncos will be without cornerback Darius Phillips. A host of other players have been listed as questionable.

Click here to view the full injury reports for both squads.

Denver also enters the Week 3 matchup at 1-1. In Week 1, the Broncos lost to the Seahawks 17-16 in quarterback Russell Wilson's much-anticipated return to Seattle. In Week 2 at home, they traded field goals with the Houston Texans during the first three quarters before finally finding the end zone in the fourth, ultimately winning 16-9.

Wilson, a familiar foe for the 49ers from his years spent in the NFC West, hasn't quite found his footing with his new squad. In the first two weeks of regular season play, he's completed 58.9% of his throws for two touchdowns. He's thrown one interception and been sacked five times. On the ground, he's rushed three times for five yards.

The 49ers and Broncos have faced each other 15 times in the past, including the postseason. The 49ers hold the slight edge, having won eight of those contests.

The last time the two teams played each other was back in December 2018. The Nick Mullens-led 49ers opened up a 20-0 lead on the Broncos, quarterbacked by Case Keenum at the time. Denver responded with two second half touchdowns, but the 49ers held on for the 20-14 victory.

Kittle had a monster outing, catching seven balls for 210 yards, one of those being an 85-yard score.

Check out all the times, dates and locations the 49ers will play this 2022 season! Play and/or scroll through the video for the full schedule.