One of the best storylines in sports is the comeback story.

It's not always the literal, come-from-behind win. There are different, moral victories that can be highlighted as well.

From Simone Biles to Bobby Finke and many others, here's a look at some of the most notable comeback stories, so far, in the Tokyo Olympics.

After withdrawing herself from competition following an uncharacteristically poor performance on the vault and overcoming a bad case of the “twisties,” the star gymnast made an epic return to the balance beam and made the world proud.

The GOAT was all smiles after a powerful and inspiring routine that ended with an impressive double pike dismount from the beam. She nailed the performance and stuck the landing to add a bronze medal to Team USA’s count. 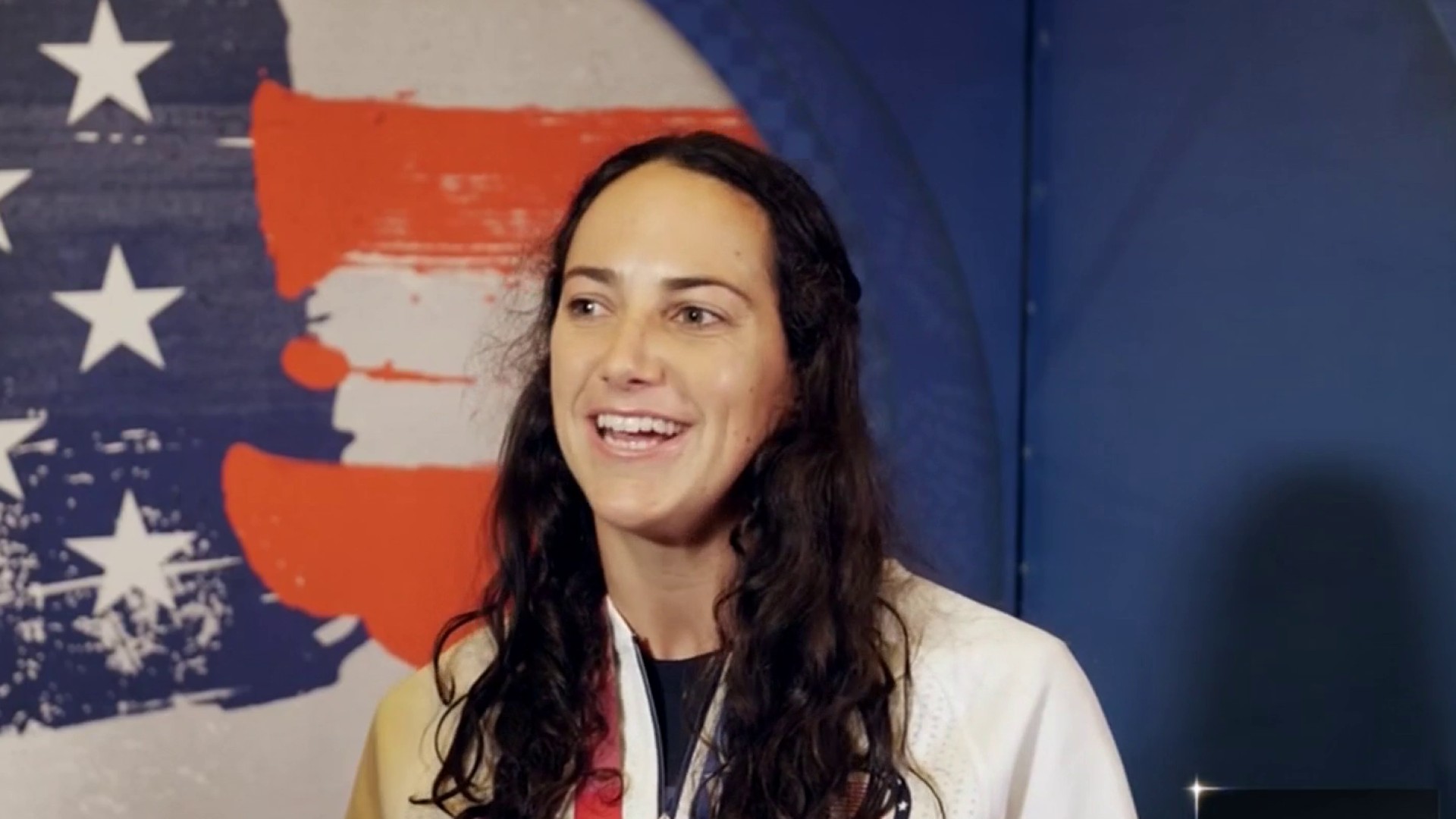 However, let's face it. Even if Biles didn’t place, she didn’t need a medal around her neck to be seen a "winner." Coming back to even participate in the event is enough.

MyKayla Skinner steps in to win a silver medal

Then there is Simone Biles' replacement, MyKayla Skinner.

With her bags packed and plans to leave Tokyo, the Team USA gymnast learned about her teammate's troubles and that she might be needed to fill in for the GOAT. So, she canceled her flight, put on her game face, and started training.

Skinner nailed both of her vault performances in the finals to take home a silver medal in less than 48 hours after replacing Biles in the competition.

"She's definitely inspired me and I said you know what, like, you were supposed to have this opportunity but I'm so grateful to be able to step in for you and I wanted to do this for us," Skinner said on TODAY about what she told Biles after re-entering the competition for her teammate.

Not only did Skinner step in, but she stepped up.

Then there is Jade Carey, another resilient American gymnast. On Sunday, she was a favorite to medal in the vault. Instead, Carey's performance on the vault, as well as in the all-around, landed her in eighth place -- in both events.

The Team USA gymnast bounced back Monday with a gold-winning performance in the women's floor exercise final. She nailed all of her of her tumbles in a solid routine that was high in risk and style.

In a comeback story that defies the odds of nature and anatomy, Russian gymnast Artur Dalaloyan overcame a devastating injury to win gold in the taunt men's team gymnastic final on Monday.

Three months ago, the ROC athlete suffered what could have been a career-ending injury when he tore his Achilles' tendon while training for a competition.

Dalaloyan miraculously recovered in superspeed timing, which is unheard of, to help his team take home a gold medal with impressive (and emotional) performances on at the Tokyo Olympics.

Watch his gritty and almost nail-biting floor routine in the team final here.

The U.S. women's volleyball team faced adversity on Monday as well, as one of their top players, Jordyn Poulter, left the game versus Italy with an apparent ankle injury. The team was already down one star player after Jordan Thompson was sidelined by an injury during the team's loss to the Russian Olympic Committee.

Team USA fell behind Italy 2-1 without Poulter, but never stopped fighting. The team came back to rally past Italy during the fourth set and finalized the win in the fifth.

The first-time Olympian won another gold medal for Team USA after a stunning victory in the first-ever men's 800m freestyle in Tokyo.

Finke held fifth place for a majority of the race, until he did the unexpected.

Finke turned up the speed in the event's final turn to jet to the front of the pack.

Finke's gold-winning finish caught the attention of his teammate and fellow Florida Gator Caeleb Dressel, who was watching from the warm-up.

A new (and unexpected) fastest man in the world

From one underdog to the next.

In a record-breaking flash on Sunday, Lamont Marcell Jacobs zoomed past race favorites, Team USA's Fred Kerley and Canada's Andre De Grasse, to win gold and become the fastest man in the world.

Italy has never won an Olympic gold medal for the 100 meter event -- until now.

Jacobs, who was considered relatively unknown and a former mediocre long jumper, stunned the world after his shocking victory because he wasn't even expected to place in the event.

“When I was young, I have a dream,” Jacobs with broken English after the race. “Win the Olympic Games.”

And that, ladies and gentlemen, is proof to never underestimate the underdog

The comeback stories can go on and on and on...

You also have the U.S. softball team, who in their run to a silver medal mounted two comeback wins in group play.

There's also Kevin Durant, who was injured during the NBA season and has since fought back to perform well with the Team USA basketball team, where they are in position to possibly play for gold.

In the U.S. men’s basketball game against the Czech Republic on Saturday, Durant set the record for Olympic career points.

There are certainly more stories like these that have taken place during the Tokyo Olympics. And there for sure will be more to come.