When East Bay photographer Neo Serafimidis first began clicking nighttime photos of families sheltering in their homes, he had no idea it would result in dozens of pictures — capturing a vast portrait of a period of life during the pandemic.

“I really think of it as a document,” Serafimidis said, “documenting something we’re all going through, feeling.”

The project began out of a need for escape. Serafimidis, who is working at home doing tech support for a publishing company, set-out for a walk to unwind one night in his Albany neighborhood toting his camera. It was then he hatched the idea of getting some neighbors to pose for a photograph standing in the window.

As the nights of shelter-in-place rolled on across the state, Serafimidis photographed more families simply standing in the window peering out into the night with blank expressions. The photographer offered little instruction, yet the poses and body language seemed similar to each other. 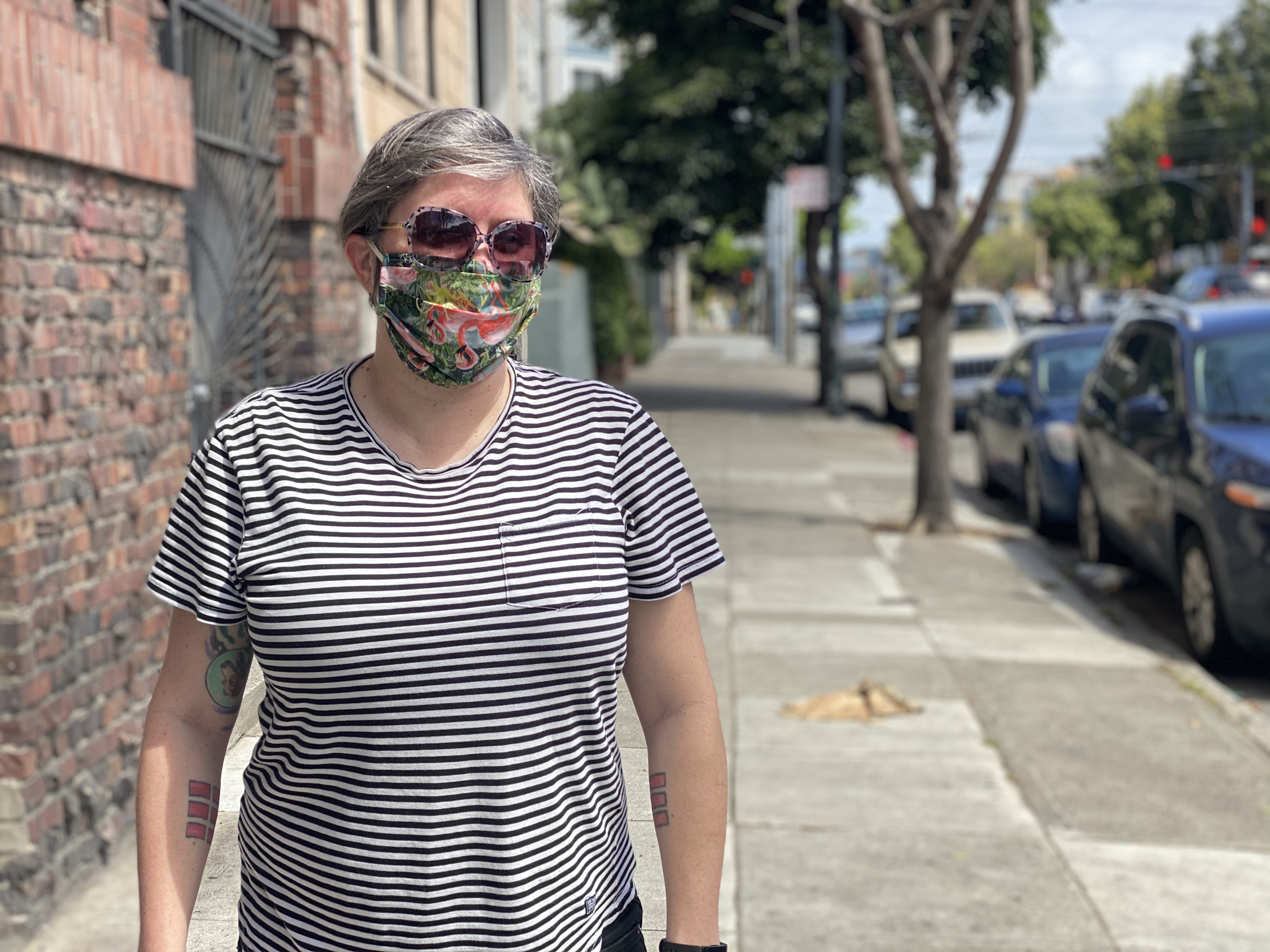 Serafimidis began posting the photographs to Facebook and Instagram. He calls the series Sheltering at Night. The more people saw them, the more they wanted to be in them. He’s now traveled from Richmond to Oakland taking the portraits, always at night — a window pane of glass separating him from his subjects. In those moments, he said he is keenly experiencing the same solitude he is witnessing through his lens.

“The glass, and the distance and the darkness does emphasize that isolation,” he said, “and I do feel that.”

Chris and Julie Brady and their daughter Margaret appeared in one of the photos, standing in the bay window of their Albany home.

“We just thought it was telling of what was happening,” Julie Brady said. “So we’re all safe, we’re in our homes, we like our houses — but we’re all also like stuck in them.”

Her husband Chris agreed with his wife’s assessment of the sense of captivity.

“Makes us look like we’re stuck in a fish bowl,” he said of the family’s photo. “It’s just a great artistic representation of what we’re going through right now.”

Serafimidis thinks of the project as a document of a truly exceptional moment in history — one in which people will look back on with wonder. They’ll see images of empty streets, people wearing masks and first-responders heading to the job.

But Serafimidis’ photos will also convey the sense of life at home during Covid-19 — people stripped of baseball games, birthday parties and dinners at a favorite restaurant. Instead, they are hunkered down looking out the window, wondering what fate will dish-out next.

“In this time” Serafimidis said, “it has been really therapeutic for me.”