Rain from Wednesday's storm will begin to wind down overnight with clearing skies and cold dry wind out of the north, setting the stage for temps diving into the 30s across the valleys.

Bay Area residents will notice the "wind chill" effect, which is when air temps are combined with wind speed and makes the temps feel colder. The chilly temps are expected to stick around for a while and settle into the region.

A flood advisory for the Santa Cruz Mountains and parts of the South Bay is in effect until 6:30 p.m. Wednesday.

A flood advisory was in effect on the Peninsula until 1 p.m. Wednesday, according to the National Weather Service.

How many more days of rain can we expect?

The storm system is expected to bring showers that will linger through Wednesday afternoon. Some minor flooding can be expected, since the ground is already soaked by recent rains, the National Weather Service said.

Snow levels will dip Monday night to about 1,500 feet but rise quickly by Tuesday morning to about 3,000 feet.

'Brr Area': Get ready for chilly temps across region

Temperatures fell to near freezing Tuesday morning throughout the Bay Area and cold temps are expected to remain in place Wednesday.

The cold snap is projected to bring temps this weekend in the mid 30s for the valleys and close to upper 30s in San Francisco, which would be the coldest temps the city has seen in nearly five years.

Snow has made its way to the Bay Area, accumulating on the region's tallest mountains and dusting the lower-lying peaks. Kris Sanchez reports.

When will the Bay Area wet weather end?

A break from the rain toward the end of the week is expected.

Rain chances are back in the forecast for early next week. 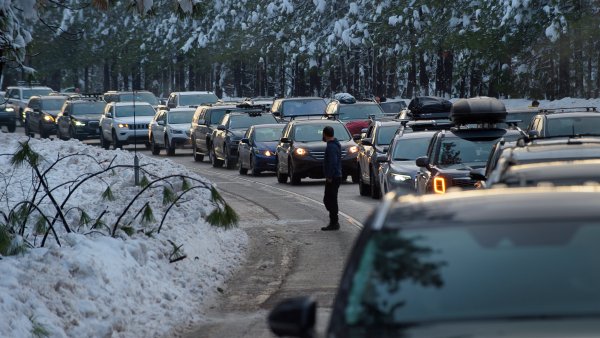 What to Know: I-80, Highway 50 Open Across the Sierra; Other Mountain Roads Closed 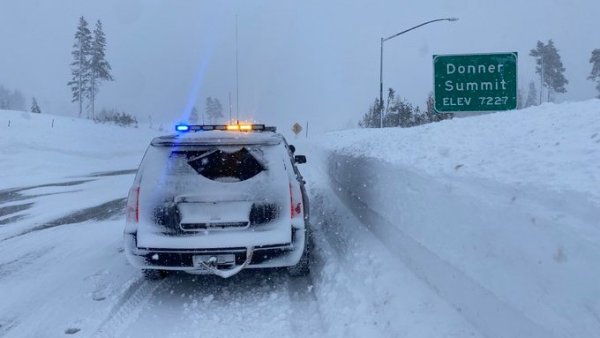 A deep chill settling in across the Bay Area could bring snow to local peaks and possibly as low as the Highway 17 summit in the Santa Cruz Mountains and lower lying areas of the North Bay. Kris Sanchez reports.

Use Interactive Radar to Track the Storm